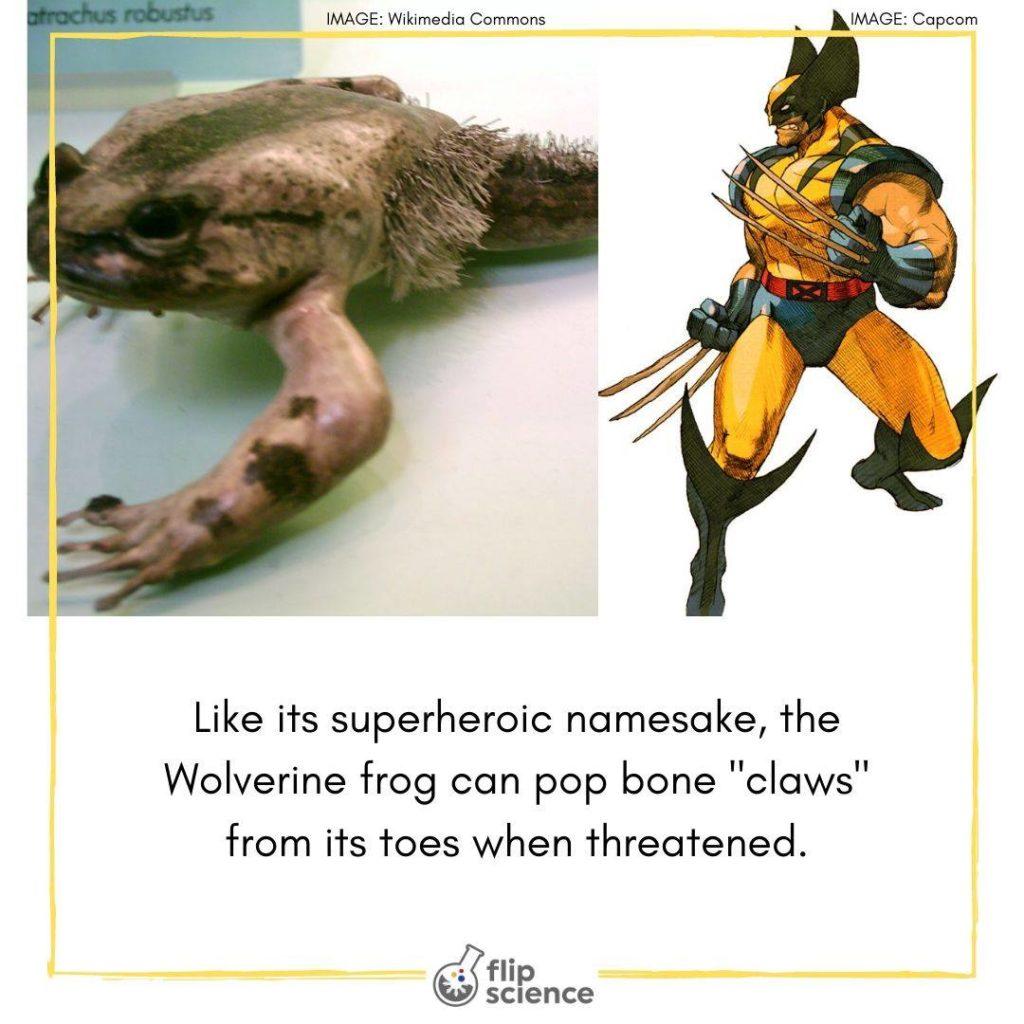 FlipFact of the Day: Meet Trichobatrachus robustus, a Central African amphibian also known as the Wolverine frog. Like the Marvel comics superhero, T. robustus possesses non-keratin “claws” that come out of its feet as an apparent defensive measure. In order to do this, it intentionally breaks the bones of its toes. The similarities between T. robustus and its mutant namesake don’t end there, though. T. robustus males have hair-like papillae growing out of their sides and thighs (earning them the moniker “hairy frogs”). In addition, T. robustus has a “healing factor” of sorts that helps it heal after popping its claws, much like numerous other amphibians with regenerative abilities.