A different “TALA”: A hybrid rocket made by Pinoy high school students 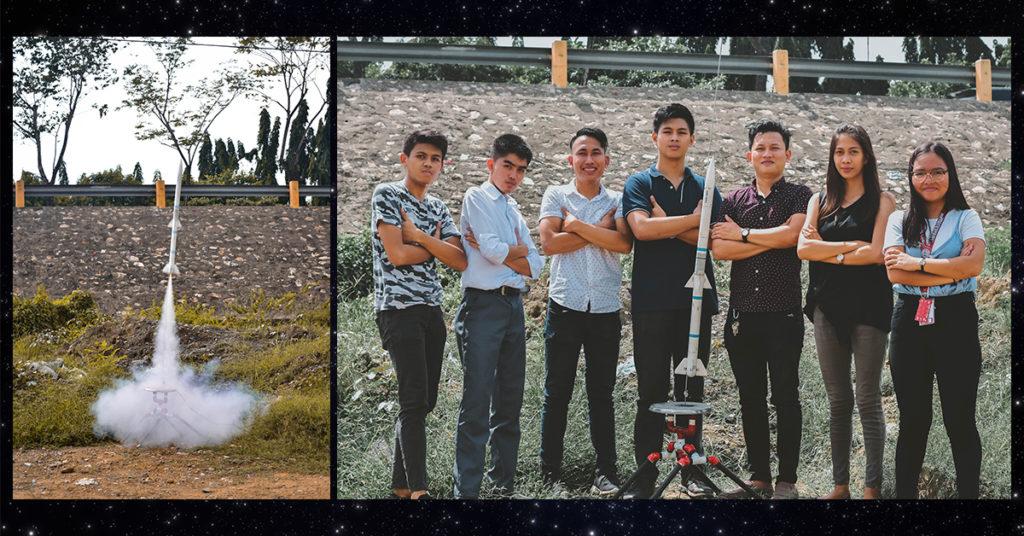 •A team of high school students and mentors has been silently working on a special project: the Philippines’ first civilian high-powered hybrid rocket.
•Guided by DOST-PCIEERD, the team built the rocket to overcome current limitations of local space research involving can satellites (CanSats).
•The results of their endeavor may prove useful to future initiatives of the newly established Philippine Space Agency (PhilSA).

These days, when most people hear the word “tala,” they usually think of a viral dance challenge, or the Filipino word for a bright star.

Unbeknownst to the general public, a team of senior high school students outside of Metro Manila has been working on a different kind of “tala” for over a year now. This one isn’t a star, but is certainly no less bright: A pioneering rocket project supervised by Philippine government agencies.

“There is a degree of confidentiality to this project,” shared Wilfredo Pardorla, Jr., a physics teacher and one of the research mentors of the TALA Hybrid Rocket Research team. “We never even posted a single photo or update on social media about this. It is only now that we will reveal it to the public.”

The TALA team includes students and mentors from St. Cecilia’s College-Cebu, Inc. Touted as “the first-ever civilian high-powered hybrid rocket in the Philippines,” the TALA project is supervised by the Department of Science and Technology – Philippine Council on Industry, Energy and Emerging Technology Research and Development (DOST-PCIEERD).

According to Pardorla, this project is in line with DOST’s Space Technology Applications through Harmonized National R&D Agenda (HNRDA). 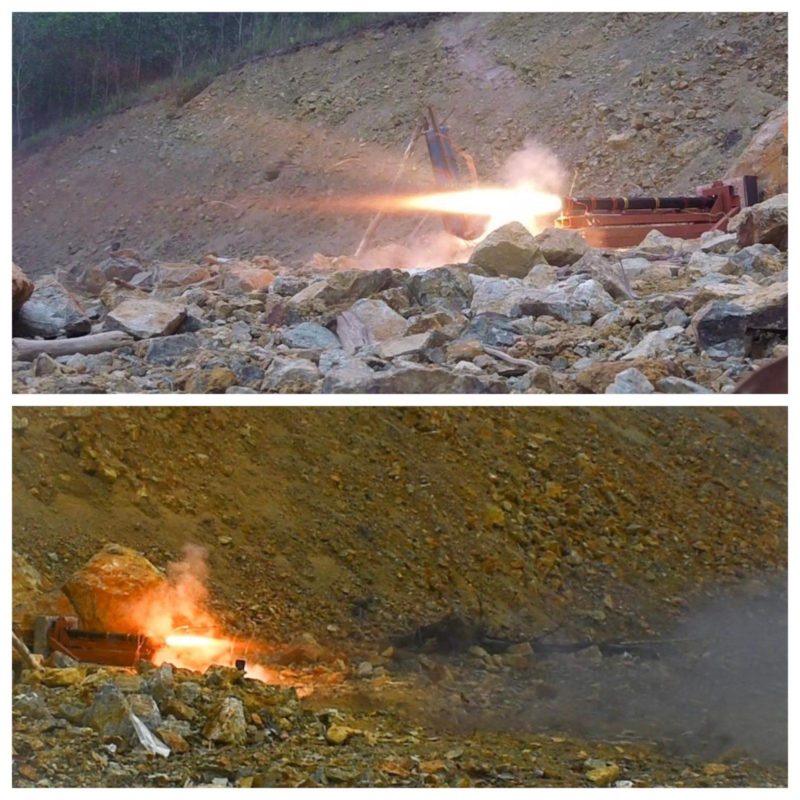 Yep, it IS rocket science

This hush-hush hybrid rocket came out of a need to overcome a specific obstacle: one that involves sending satellites the size of soda cans up into the sky.

“Can satellites (CanSats) are educational satellites equipped with various sensors that can gather data about the environment,” explained Christian Cantos, the TALA project’s Avionics lead. In the Philippines, learners and researchers use drones alongside CanSats, which means they can only reach a certain altitude. According to Cantos, who manages the hybrid rocket’s electronic system, this severely limits the amount and quality of data the CanSats can gather.

The team’s solution? A “high-performance yet cost-effective hybrid rocket which has the primary role of deploying the CanSat as it reaches apogee (or maximum altitude), a recovery system for its safe descent towards the ground, and a hybrid propellant to produce enough thrust to attain lift-off.”

In other words, a space vehicle that can deploy the CanSats much, much higher.

Made from what the team describes as “advanced composite materials,” the TALA hybrid rocket measures 10 ft and weighs 15 kg. It has built-in sensors that can track the launch vehicle’s flight dynamics, an on-board GPS, a dual parachute deployment system, and ample space to carry a CanSat at approximately 4 to 5 km. Based on their tests and simulations, the rocket can reach the speed of sound.

Not an easy flight

But wait—what makes this hybrid rocket so special from a typical rocket?

“The difference between a solid-propellant or liquid-propellant rocket and a hybrid rocket is the propulsion system,” Joshua Pardorla, the team’s Propulsions lead and overseer of the rocket motor’s main operations, expounded.

Instead of relying on a single propellant type, hybrid rockets use propellants in two different phases: solid and gas/liquid. “This way, we can conduct safe inert shipment, handling, maintenance and storage by separating these two components: the propellant and the oxidizer.”

Back in 2018, another team from St. Cecilia’s College-Cebu Inc. worked on a different space project: the HAB LSS Karunungan, a high-altitude balloon with a life support system designed for tiny passengers (mice). Compared to HAB LSS Karunungan, though, the TALA project was considerably more difficult.

“Building a hybrid rocket is way more challenging because all of the subsystems has to be done correctly,” said Joefer Capangpangan, the team’s Strutural lead and a member of the HAB LSS Karunungan’s supporting team.

Capangpangan, who designed and developed the rocket’s main structure, said that the team had to make sure the materials used in the rocket could actually survive the flight. On top of that, they also prioritized the team’s safety during the rocket’s creation and launch. “If one [aspect] fails, it will affect the rest of the system.”

Recovery lead Dorothy Daffon added that the hybrid rocket required numerous calculations, tests, and simulations. Daffon was responsible for the development of the rocket’s main parachute and drogue chute (a parachute designed for deployment from a rapidly moving object, either to slow the object, provide control and stability, or deploy a larger parachute).

The team worked together in crafting the rocket, making sure that everything was ready prior to launch. They also conditioned themselves mentally to make tough decisions on the fly, including scrubbing (canceling) the launch, if necessary.

“Rockets are, indeed, complex objects,” affirmed Cantos. “Replicating or building a sophisticated rocket would need commitment and perseverance for months and years, because making it would require most of your time.”

One major obstacle was the lack of resources in their province. As a result, they had to obtain the raw materials from both local and foreign sources.

However, according to ground support equipment (GSE) lead John Harold Abarquez, the most difficult part of the research was in foreseeing all the probabilities involving the weather, flight path, and other critical aspects of the project. “There are so many factors to consider when it comes to rocket science. Failure is not an option.” 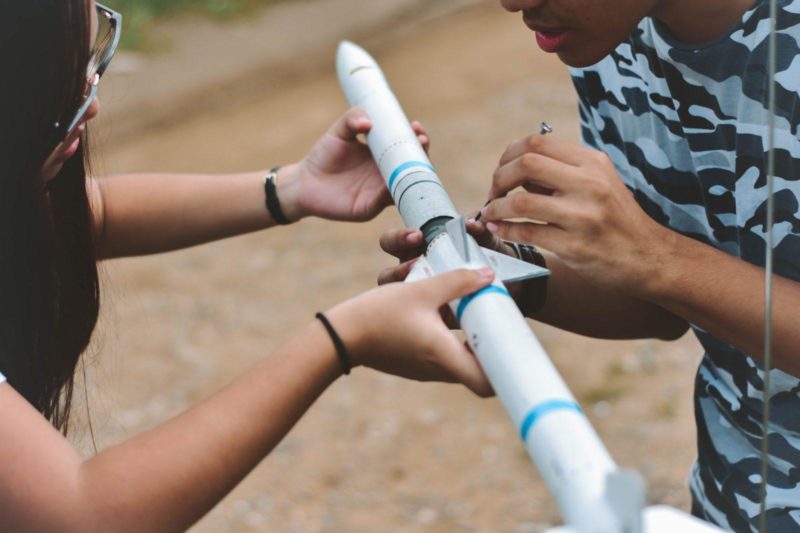 This project was so heavily guarded that at the time these interviews were conducted, the researchers specifically requested FlipScience to omit details about the rocket’s launch.

“We intended not to disclose any information to the public for [the safety] of the student-researchers and everyone involved in this research,” explained Almida Plarisan, the team’s research mentor. Plarisan said the team did this to preserve the project’s primarily scientific purpose.

Meanwhile, the students found themselves practicing tremendous self-restraint. They consciously avoided posting any updates that could compromise the safety and security of the team or the project. As Cantos put it: “If our research falls into the wrong hands, it could potentially pose great danger not only to us, but also to other people.

Admittedly, the rocket project itself may not have a direct benefit to Filipinos. Nevertheless, its successful completion and launch can significantly expand our space research capabilities.

“The Philippines is already behind when it comes to space exploration,” said Pardorla, who believes that the data from this project can be useful in future initiatives of the Philippine Space Agency (PhilSA). 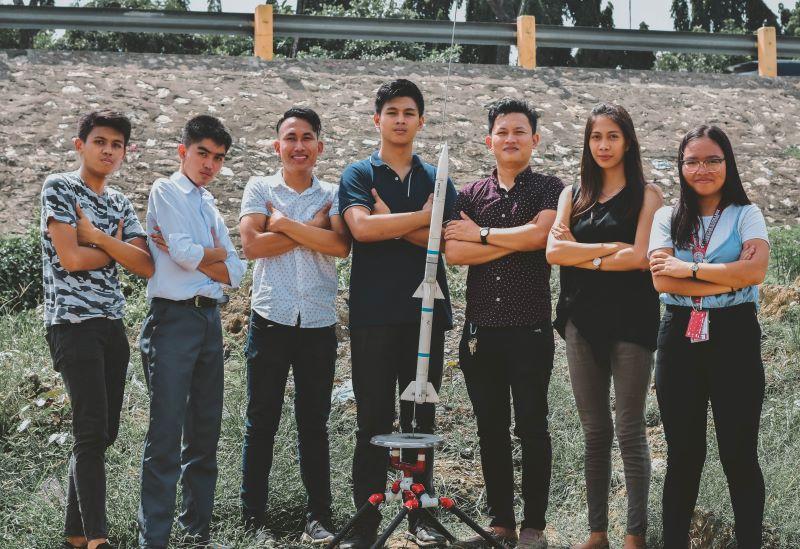 According to Daffon, the team became so engrossed in the project that their will to work trumped physical exhaustion. Daffon, who considers being part of the team to be a great honor and a privilege, was determined to keep pushing and get the job done—just like the rest of the team.

Unsurprisingly, being part of the team inspired the students to pursue space science in the future.

“[I’m] happy to help and contribute ideas to our space community,” shared Abarquez, who now considers a career in aeronautical engineering as a potential path.

“It is a great experience to be a member of the team like this,” expressed  the younger Pardorla. “It’s been an honor to be part of such an important project in the field of Pinoy space science.”

Editor’s note: An earlier version of this article indicated the tentative venue of the rocket launch. However, the venue was changed to a new location due to scheduling concerns, and the name of the new venue has not been shared with FlipScience. The article has been edited to reflect this.