Published on August 26, 2017 by FlipScience Staff 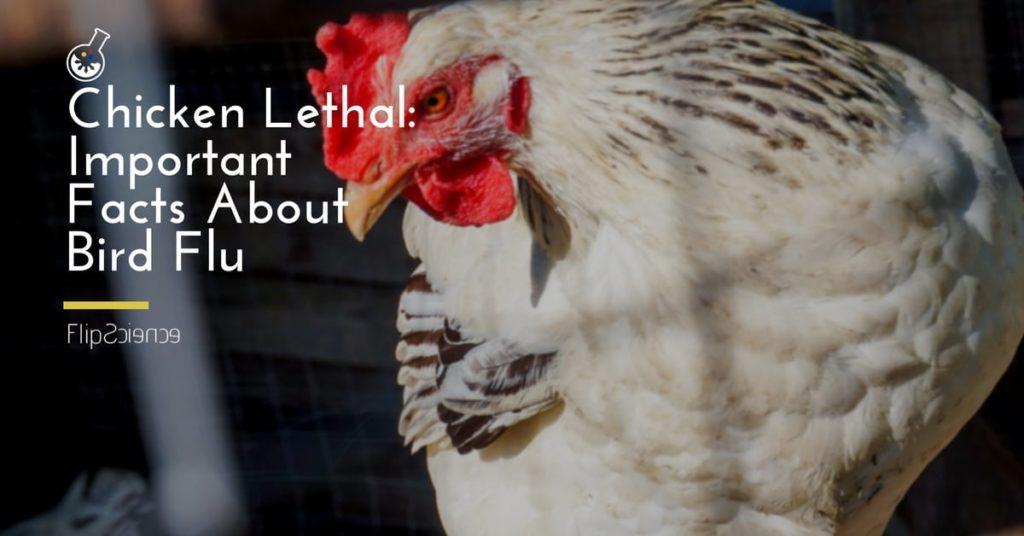 We Filipinos certainly love chicken. Fried chicken, chicken adobo, tinolang manok, chicken barbecue, roast chicken, you name it – you’re sure to find at least one of these on any Pinoy family’s menu.

However, some of our kababayans have decided to temporarily avoid buying and consuming chicken. This is because the Department of Agriculture (DA) recently declared a bird flu outbreak in some parts of the country.

Consumers fear the possibility that these chickens came from Pampanga and Nueva Ecija – confirmed bird flu-infected areas. Recent reports say that almost 600,000 infected birds were culled in Pampanga, while 550,000 were slaughtered in Nueva Ecija.

As a precautionary measure, the DA banned the shipment of poultry products from Luzon and other affected areas on August 13, but lifted the order on August 22 for non-affected areas (defined as areas not within the 7-kilometer radius quarantine zones).

The facts about bird flu

Wild birds flying across the world may carry the virus in their intestines. While most of them do not get sick from it, bird flu is highly contagious.

The virus easily spreads to domesticated birds such as chickens, ducks, and turkeys. This often happens via secretions through the nostrils, mouths, and eyes of infected birds.

Factors such as environmental change, a worldwide increase in domestic poultry production, and scavengers preying on dead infected birds have contributed to the spread of the virus.

Putting the “ick” in “chicken”?

Test results from Australia confirmed that the bird flu strain that hit the Philippines is H5N6. While less deadly than the more well-known H5N1 strain, H5N6 is still transmissible to humans.

According to the World Health Organization, humans may be infected with the bird flu virus through direct contact with infected animals and exposure to contaminated environments. The virus may also spread through contact with contaminated equipment and materials on poultry farms.

However, the virus is not airborne. There is also currently no evidence that humans can contract it from eating properly cooked poultry meat and eggs.

As our health officials so helpfully demonstrated.

Furthermore, cases of human-to-human bird flu transmission are uncommon, though this may become more likely as the virus continues to evolve.

Here are some ways to curb or prevent the spread of bird flu, from the FAO’s guidelines:

– Report sick or dead birds to the local veterinary (or public health) authorities or your community leaders.

– Keep all birds separate from people and living areas.

– Keep wild birds away from poultry and keep different types of bird apart. Use screens, fencing or nets to separate species and help prevent transmission.

– Wash your hands often to kill and remove the virus. You should always do so after handling birds, cooking or preparing poultry products, and before eating.

– Do not eat sick or dead chickens and do not give or sell them to others.

– Keep chicken from infected flocks out of the food chain and do not feed them to other animals.

– Seek immediate treatment from your doctor if you have fever after being in contact with sick or dead poultry.

Chicken lovers out there can breathe a sigh of relief. Yes, you can still enjoy your favorite thigh-part-with-extra-rice combo. —by Stanley Gajete and Mikael Angelo Francisco