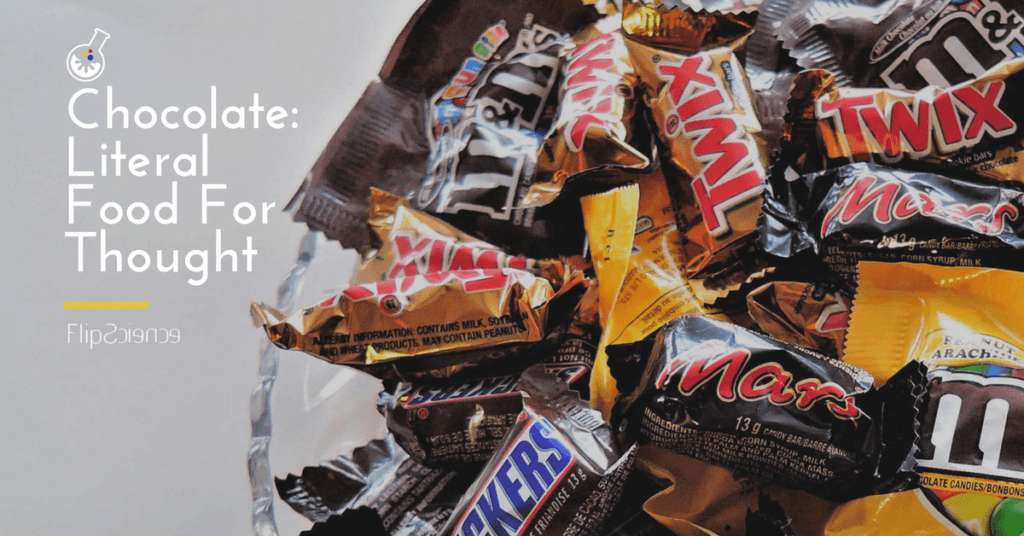 Feeling guilty about eating your favorite snack bar, chocolate chip cookie, or hot fudge sundae? A recent study published in Frontiers in Nutrition might help to assuage that nagging feeling by a bit.

While it was difficult to collect enough data to have a conclusive answer to the effects of cocoa flavanols, a surprisingly large chunk of it points to positive effects on cognitive performance.

During the trials, participants exhibited improved working memory and processing visual information after ingesting the compound. In another experiment focusing on women, flavanol helped them resist sleep deprivation’s negative effects. This makes chocolate a great match for your coffee to get you moving in the morning.

Note, however, that the results differed depending on the duration and mental power needed to do such tasks. For example, young, healthy adults required complex actions to show even the slightest improvement on their performance.

Researchers also investigated long-term effects on older subjects, through tests that ran from 5 days to 3 months. Results showed an increase in cognitive performance from a daily intake of cocoa flavanols. Specific areas of improvement included processing speed, memory power, verbal fluency, and attention. Furthermore, the more senior an adult was, the more evident the effects were, especially in counteracting memory decline.

Researchers Valentina Socci and Michele Ferrara from the University of L’Aquila see this as a fortunate (albeit unexpected) breakthrough.

“This result suggests the potential of cocoa flavanols to protect cognition in vulnerable populations over time by improving cognitive performance,” the researchers said in a statement. “If you look at the underlying mechanism, the cocoa flavanols have beneficial effects for cardiovascular health and can increase cerebral blood volume in the dentate gyrus of the hippocampus. This structure is particularly affected by aging and therefore the potential source of age-related memory decline in humans.”

The researchers also noted that regular cocoa and chocolate intake may indeed have beneficial effects on cognitive functioning.

Think twice before diving face-first into your mug of cocoa or favorite chocolate bar, though. The researchers warned that potential side effects of cocoa and chocolate consumption are “linked to the caloric value of chocolate, some inherent chemical compounds of the cocoa plant such as caffeine and theobromine, and a variety of additives we add to chocolate such as sugar or milk.”

However, fans of dark chocolate can breathe a sigh of relief.

“Dark chocolate is a rich source of flavanol,” the researchers affirmed. “So we always eat some dark chocolate. Every day.”