Are we genetically hardwired to fear spiders? 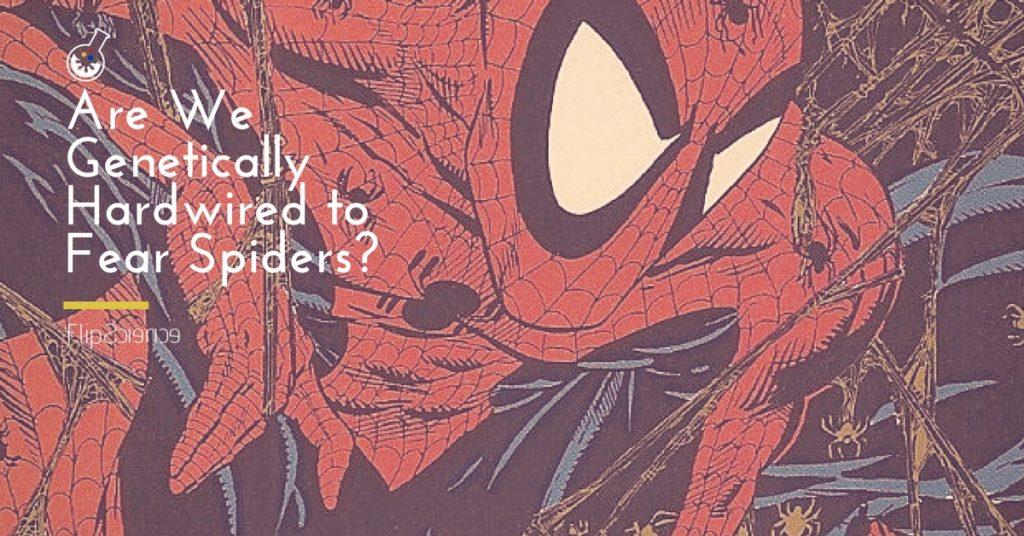 Batman’s belief that “criminals are a superstitious and cowardly lot” led him to don his chiropteran costume. Ironically, though, the self-proclaimed “friendly neighborhood” Spider-Man is better equipped to strike fear into the hearts of crooks. Well, as far as science is concerned, at least.

Much has been said about humanity’s fear of spiders (arachnophobia) and snakes (ophidiophobia). The American Psychiatric Association states that one in every 10 people in the United States has a phobia. Approximately 40% of these phobias involve spiders, snakes, and other such critters.

“My ‘scared of spiders’ sense is tingling!”

Many experts believe that arachnophobia is an evolutionary response, keeping us on the lookout for potentially poisonous eight-legged creepers. Interestingly, results from a study recently published in Frontiers in Psychology support this theory.

A group of scientists from the Max Planck Institute for Human Cognitive and Brain Sciences in Germany and the Uppsala University in Sweden showed images of spiders and snakes to small children around six months old. This was an attempt to gauge their natural reactions to these typical phobia catalysts (as they have yet to be taught to fear these creatures at this stage of their development).

While one group of children saw images of spiders and flowers, another saw photos of snakes and fish. As the two groups looked at the photos, the researchers measured the babies’ pupillary dilation. This allowed them to gauge the children’s stress response (via the chemical neurotransmitter norepinephrine).

As Stefanie Hoehl, lead researcher and neuroscientist at MPI CBS and the University of Vienna, explained:

“When we showed pictures of a snake or a spider to the babies instead of a flower or a fish of the same size and colour, they reacted with significantly bigger pupils. In constant light conditions, this change in size of the pupils is an important signal for the activation of the noradrenergic system in the brain, which is responsible for stress reactions.”

Meanwhile, Hoehl also observed that even the youngest test subjects seemed quite disturbed at the site of these phobia-inducing animals. Interestingly, the babies did not register as much fear upon seeing rhinoceroses, bears, and other animals larger and more physically imposing than snakes or spiders.

A hiss-tory lesson of sorts

The researchers theorize that our fear of snakes and spiders is actually a 40- to 60-million-year-old hereditary gift. According to Hoehl:

“We conclude that fear of snakes and spiders is of evolutionary origin. Similar to primates, mechanisms in our brains enable us to identify objects as ‘spider’ or ‘snake’ and to react to them very fast. This obviously inherited stress reaction in turn predisposes us to learn these animals as dangerous or disgusting.”

Unfortunately, the specifics of how and why we have these traits remain a mystery. Researchers, however, believe that over the course of history, humans developed a particular characteristic that guaranteed “special attention and facilitated fear-learning for ancestral threats in early human ontogeny.”

In other words, our great-great-great-great grandparents may have become so well-acquainted with the level of danger that venomous spiders and snakes presented that they developed an internal danger alarm of sorts to pass down to future generations.

Perhaps that explains why J. Jonah Jameson hates poor old Spidey that much.