Flies are more disgusting (and dangerous) than you think 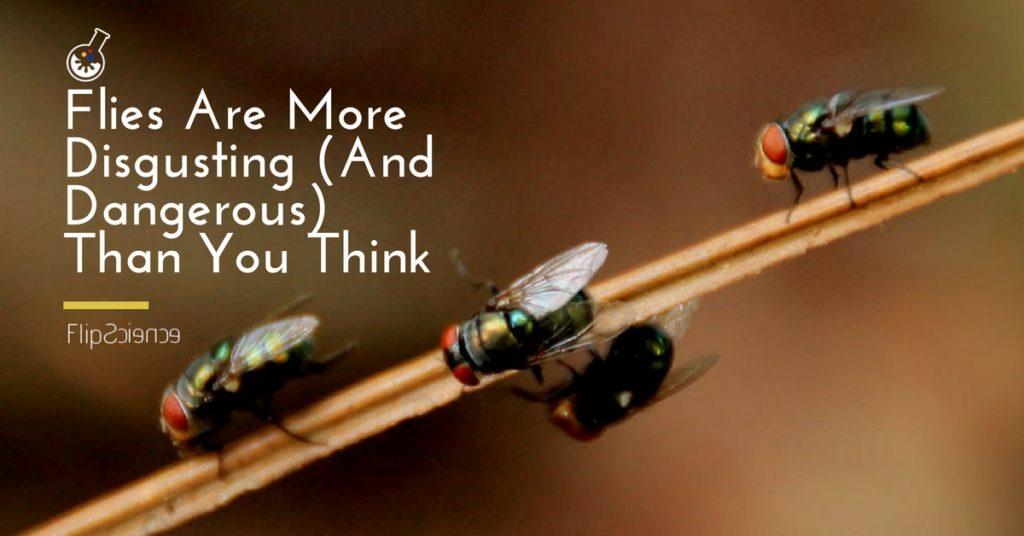 Annoying, persistent, and always trying to get first dibs on your food. Indeed, flies are the quintessential uninvited dinner guests of the insect kingdom. They do bring something else to the table, though — the ability to season your meal with disease-causing bacteria.

Of flies, feces, and food contamination

Have you ever wondered why flies are a near-constant sight in garbage cans and waste dumping sites? Blowflies and houseflies favor decaying organic matter as locations for laying eggs and caring for their young. Due to their exposure to these waste materials, the likelihood of them picking up potential pathogens is exceptionally high. It should come as no surprise, then, that flies act as carriers of diseases that are dangerous to humans.

The findings of this study, from Penn State’s Eberly College of Science, give us a clearer picture. As  Donald Bryant, Ernest C. Pollard Professor of Biotechnology and professor of biochemistry and molecular biology at Penn State, explained:

“We believe that this may show a mechanism for pathogen transmission that has been overlooked by public health officials, and flies may contribute to the rapid transmission of pathogens in outbreak situations.”

Prof. Bryant and his team studied the microbiomes of 116 houseflies and blowflies from Brazil, the United States, and Singapore. Upon examining the flies’ individual body parts, the researchers determined that the legs and wings had the highest microbial density. They also found that a single fly could be carrying hundreds of pathogens at any given time.

“It may be that bacteria survive their journey, growing and spreading on a new surface. In fact, the study shows that each step of hundreds that a fly has taken leaves behind a microbial colony track, if the new surface supports bacterial growth.”

Interestingly, the results also showed that blowflies and houseflies share about 50% of their microbiome. This includes host-related microorganisms and bacteria they pick up from their surroundings. For example, the researchers found 15 instances of Helicobacter pylori, an ulcer-causing pathogen, in the blowfly samples they examined. The pathogen’s transmission via fly transmission is a new discovery.

How did the research undertaking reveal all this information? According to Ana Carolina Junqueira, professor of genetics and genomics at the Federal University of Rio De Janeiro, it was thanks to some modern genomic and computational methods, employed in this study for the first time:

Nevertheless, Shuster encourages everyone to look on the bright side and see the beneficial role of these flies in the long run:

“For one, the environmental sequencing of flies may use the insects as proxies that can inform on the microbial content of any given environment that otherwise would be hard or impossible to sample. In fact, the flies could be intentionally released as autonomous bionic drones into even the smallest spaces and crevices and, upon being recaptured, inform about any biotic material they have encountered.”

The researchers recently published their findings in the online journal Scientific Reports.–MF