Is this gene the secret to fighting obesity? 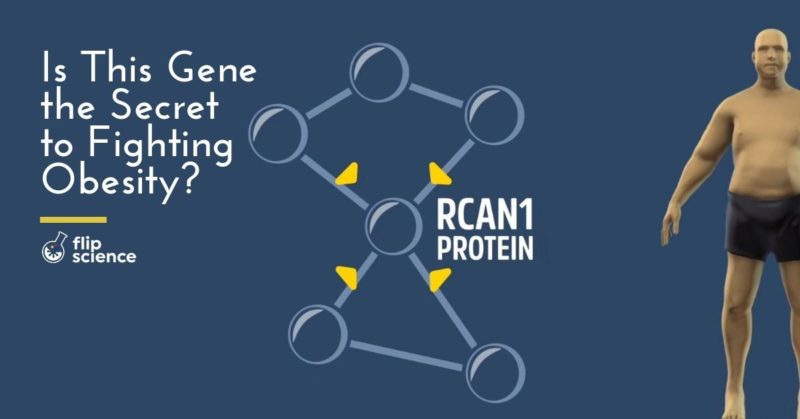 • Recently published research reveals that a gene called RCAN1 may be the key to fighting obesity.
• Experiments showed that blocking RCAN1 prevented weight gain in mice, even after they were subjected to a prolonged diet of high-fat foods.
• Disabling RCAN1 can help turn energy-storing white fat into energy-burning brown fat.

Is the ability to eat as much as you want without getting fat on your wish list this holiday season? Researchers at Flinders University may have found the key to making that dream come true: A gene called RCAN1.

In a newly published study in the journal EMBO Reports, researchers from the University of Texas Southwestern Medical Center and Australia’s Flinders Unversity revealed that disabling RCAN1 in mice stopped them from gaining weight, despite being made to follow a high-fat diet for an extended period of time. (Humans also have this gene — it’s in chromosome 21.)

“We looked at a variety of different diets with various timespans from eight weeks up to six months, and in every case we saw health improvements in the absence of the RCAN1 gene,” explained Professor Damien Keating, the study’s lead author.

RCAN1 inhibits specific metabolic processes involved in generating body heat. Eliminating the gene in the test subjects fired up their metabolic rates — in other words, they burned more calories.

In a nutshell, disabling RCAN1 facilitates the transformation of the body’s white fat (where energy is stored) into brown fat (which burns calories to generate heat). As we age, we tend to have more of the former than the latter. If you’re obese or suffering from metabolic disorders like diabetes, the difference is even more glaring.

“We know a lot of people struggle to lose weight or even control their weight for a number of different reasons,” said Keating.

Funded by the Australian government through the National Health and Medical Research Council, the researchers are working on developing a drug that targets RCAN1.

“In light of our results, the drugs we are developing to target RCAN1 would burn more calories while people are resting,” explained Keating. “It means the body would store less fat without the need for a person to reduce food consumption or exercise more.”

The researchers believe that their findings will especially benefit people with obesity, metabolic disorders, and Down syndrome. “These results show we can potentially make a real difference in the fight again obesity.”

Meanwhile, the problem of obesity continues to grow in size in the Philippines. A recently released report from the Asia Roundtable on Food Innovation for Improved Nutrition (ARoFIIN) and The Economist Intelligence Unit (EIU) estimates that as of 2017, there are 18 million obese and overweight Filipinos.

The idea of a miracle cure for obesity is certainly a tantalizing one. However, it’s not the only health condition humans should worry about. Thus, when it comes to improving overall well-being, you still can’t beat eating smart and staying active.