Hysterical history: What we know about mass hysteria 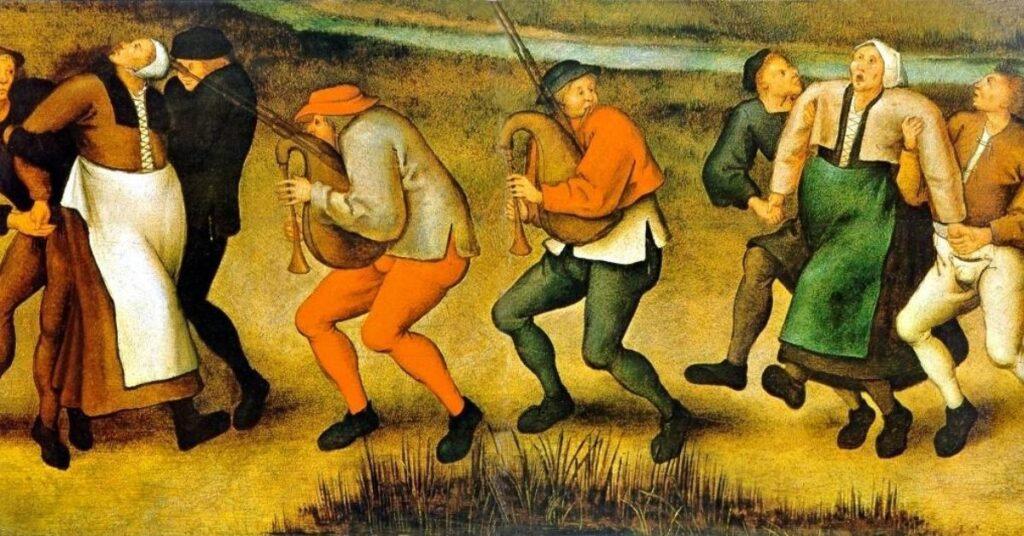 •Also called mass psychogenic illness or collective obsessional behavior, mass hysteria happens when a closely knit group collectively manifests severe physical reactions to perceived threats.
•Despite the fact that many examples of this phenomenon have been recorded throughout history, we still don’t understand it completely.
•Regardless of whether or not the perceived threats are real, the physical symptoms and impact are real, and should be taken seriously.

If you’ve ever watched a movie or show where the characters are trying to calm a rioting or panicking crowd, chances are you’ve heard them describe the event as “mass hysteria.” However, despite the term becoming a euphemism for collective fright in Western media and entertainment, past cases of this crowd-afflicting illness have taught us that it’s really not as simple as that.

Also known as mass psychogenic illness (or “collective obsessional behavior,” as recommended by researchers), mass hysteria occurs when the members of a cohesive group collectively manifest (usually extreme) physical reactions after illusions of real or imagined threats rapidly spread within their ranks. The affected people are usually quite closely knit, or at least live in such an environment.

As the word “psychogenic” suggests, this condition starts within the patients’ mind, not their bodies. The physical symptoms manifest as a result of the victims’ psychological stress and, unlike the threat that prompted them, are undeniably real.

Other members of the group end up emulating these symptoms, which may range from motor disturbances to nausea and hyperventilation. For this reason, many experts consider the phenomenon to be both psychological and sociological in nature.

What counts as mass hysteria?

In 1987, Prof. Simon Wessley of King’s College London acknowledged that the phenomenon was tricky to define because it’s been used to describe such “[a] wide variety of crazes, panics, and abnormal group beliefs.” He also suggested five principles to follow when identifying an event as an instance of mass hysteria:

1. That “it is an outbreak of abnormal illness behavior that cannot be explained by physical disease”;

2. That “it affects people who would not normally behave in this fashion”;

3. That “it excludes symptoms deliberately provoked in groups gathered for that purpose,” such as when someone intentionally gathers a group of people and convinces them that they are collectively experiencing a psychological or physiological symptom”;

4. That “it excludes collective manifestations used to obtain a state of satisfaction unavailable singly, such as fads, crazes, and riots”; and

5. That “the link between the [individuals experiencing collective obsessional behavior] must not be coincidental.”

He added that mass hysteria and “moral panic”—a collective feeling of fear regarding a perceived evil (real or imaginary) typically fueled by mass media—are not the same thing.

Experts have not been able to come down to a concrete, universal definition of mass hysteria, due to how cases can have unique and differing symptoms. One thing is certain, though: It’s not applicable to just any sort of panicking crowd.

More common than we think

Mass hysteria isn’t something one would see every day. However, it has occurred quite a few times throughout history, and in different parts of the world.

One famous example is the dancing plague of 1518. Citizens of Strasbourg, Alsace (now modern-day France) demonstrated an uncontrollable urge to dance. It allegedly started when a woman named Frau Troffea began dancing in the middle of the street, sans any music, with dozens of others joining in later. Their number grew to about 400, and the dancing went on nonstop for around a month. Several people reportedly died of exhaustion and/or heart complications.

There have also been cases of supposed mass hysteria here in the Philippines. However, local medical experts have had little to say about their causes, mostly focusing on debunking theories about said cases being the product of demonic possessions or disturbed spirits. A recent example was one that occured in 2019, in which students complained of “fainting spells and difficulty in breathing.”

Not just in someone’s head

Experts have concluded that mass hysteria isn’t just an imaginary disorder. Although physical tests have shown no actual ailments aside from the symptoms, they say that this goes beyond face-value results.

Some claim that contaminated food and water are behind many past cases. Moldy, fungus-ridden grain or bread, for instance, may cause nausea and other symptoms.

Meanwhile, others blame it on social and emotional stresses within the community, leading to prevalent anxiety and mental burdens. It’s even been suggested that the mere thought or worry of getting sick can get someone sick. This can be the case for perfectly healthy people suffering from psychosomatic (or psychophysiologic) disorders.

Mass hysteria illustrates how dangerous it can be to leave fear or panic unmanaged, especially for a crowd of people. Regardless of whether or not the psychological triggers are imaginary, the physical consequences of these events—and their impact on people throughout history—are certainly nothing short of real.—MF