Methanol poisoning 101: Is it safe to drink your favorite alcoholic beverage? 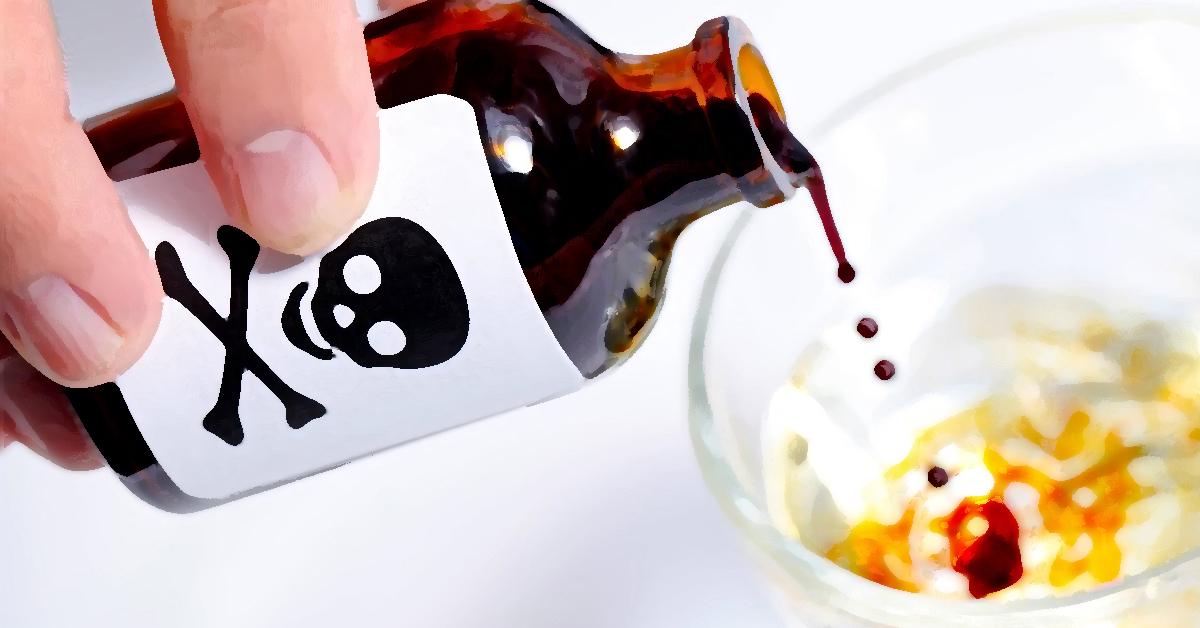 •Recent reports of deaths allegedly resulting from alcohol consumption have raised public concerns about methanol poisoning.
•When the body metabolizes methanol, it produces toxic substances that may cause severe health issues if left untreated.
•It is highly advised to avoid purchasing and consuming alcoholic beverages that are either unlabeled, illegal, or from unknown sources.

(Updated on December 23, 2019) At least 11 people have been confirmed to have died from drinking coconut wine (or lambanog) in Rizal, Laguna. As of the latest update, over 300 people have been rushed to the hospital after consuming the popular local beverage. This isn’t the first incident of methanol poisoning reported over the last few months, though.

In July 2019, reports surfaced of two women who were rushed to a hospital. They allegedly experienced food poisoning after consuming Cosmic Carabao Gin, an alcoholic beverage. Days later, the Food and Drug Administration (FDA) ordered the seizure and confiscation of Cosmic Carabao Gin after samples tested positive for high levels of methanol. In an official statement, the manufacturer, Juan Brew, said that it would conduct its own investigation. 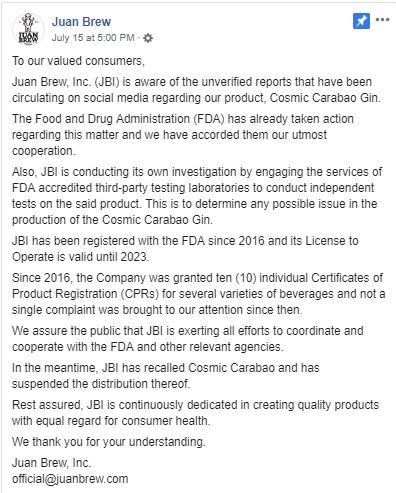 And in December 2018, a number of deaths were reported in Laguna, Antipolo, and Pampanga. Authorities found high levels of methanol in the samples of lambanog the victims had consumed.

To understand why methanol (or CH3OH) is so dangerous, it helps to know exactly what it is in the first place.

Chemically speaking, alcohol is any organic compound in which a hydroxyl group (-OH) binds with carbon. Methanol, having only one carbon atom, is the simplest form of alcohol. On the other hand, ethanol (the type of alcohol in beer, wine, and hard liquor) has two carbon atoms. (When we use the word “alcohol” in everyday language within the context of drinking, we’re referring to ethanol.)

Methanol is colorless, and it smells the same as ethanol. However, there’s a very important reason why we don’t want methanol in our drinks.

Various industries use methanol as antifreeze, solvent, and fuel. When mixed with alcohol, methanol acts as a denaturant (meaning it renders the alcohol unfit for drinking).

Both ethanol and methanol may result from the same fermentation process. The amount of methanol produced alongside ethanol tends to be too small to pose a serious health risk (although studies have shown that methanol may be responsible for bad hangovers).

Now, methanol in itself has low intrinsic toxicity. When the body metabolizes methanol, however, it also produces formaldehyde and formic acid, which are highly toxic compounds.

These compounds can cause life-threatening conditions if left untreated. During the first few hours, patients may experience drowsiness and unsteadiness. Headache, vomiting, and abdominal pain may soon develop, as well as hyperventilation and breathlessness.

In severe cases, victims may experience blindness, convulsions, and even death by respiratory arrest.

According to the World Health Organization, blood methanol concentrations above 500 ppm (parts per million, which is also equal to milligrams per liter) is already associated with severe toxicity. Additionally, concentrations above 1500-2000 ppm will lead to death if untreated. The samples of Cosmic Carabao Gin tested by the FDA registered concentrations between 3,100 and 4,000 ppm.

It tends to be challenging to identify the cause of methanol poisoning, especially if the alcohol in question came from an unknown source.

As a precautionary measure, one should refrain from purchasing or consuming illegally distributed or unlabeled alcoholic beverages.

For your own safety, make sure to check the labels of alcoholic beverages before buying or consuming them. Look out for poorly printed labels or labels with typographical errors and broken seals, as they may have been tampered with.

Lastly, it is important to know the symptoms of methanol poisoning when they manifest. In such instances, seek medical attention immediately.

And of course, as the saying goes, drink responsibly. –MF