How the sonic hedgehog (SHH) gene got its name 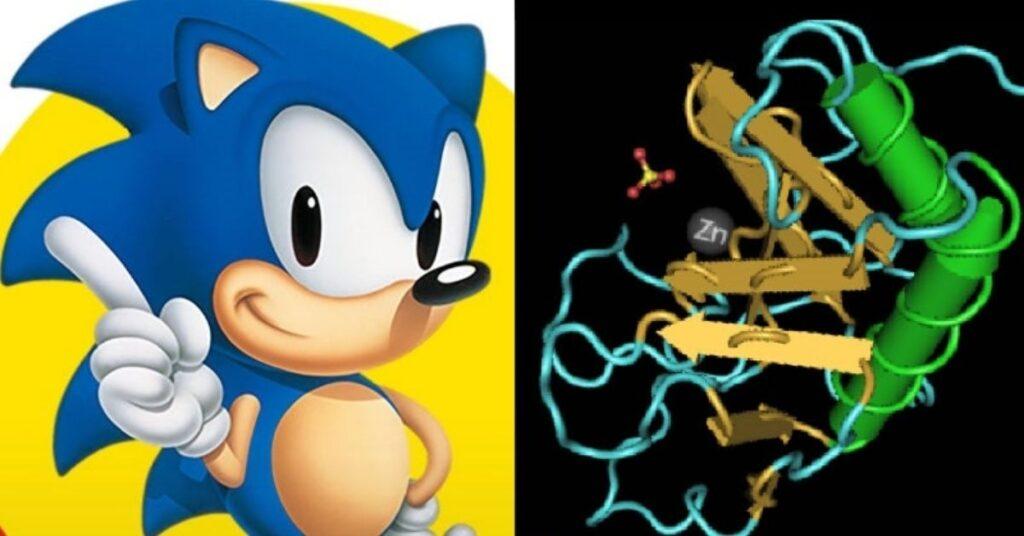 Encoded in a gene in your body is a protein that makes sure that your organs grow in the right places. Both the gene and the protein are called sonic hedgehog.

Hedgehog genes are genes that regulate the growth of organs in the body of a developing embryo. They got their name after scientists observed that fruit fly larvae with mutated or absent Hh genes looked short and spiny, like a hedgehog.

Two of the three types of hedgehog genes got their names from real hedgehog species: the Indian hedgehog (IHH) and the desert hedgehog (DHH). The third kind, however, bears the name sonic hedgehog (SHH)–yes, that Sonic.

One day in the early ’90s, Dr. Robert D. Riddle was thinking of what to call the third gene. He didn’t like any of the options presented to him. Fortunately, inspiration struck almost as fast a bolt of lightning after he went home. He picked up one of his six-year-old daughter’s comic books, and saw the energetic erinaceid. Riddle decided to name the gene after the character; his idea stuck, and became the gene’s official name. Still, it’s not hard to imagine that his colleagues’ reactions were somewhere along the lines of “Hey, not so fast!”

Today in Science History: On December 1, 1984, the Central Terminal-Baclaran route of the Manila Light Rail Transit System (also known as LRT Line 1 or the Green Line, formerly the Yellow Line) formally opened. Many recognize it as the first metro system in Southeast Asia, preceding Singapore’s Mass Rapid Transit (MRT) by two years and eleven months. Engineers designed the LRT Line 1 to be a “fully elevated, double-track system” along Taft Avenue, which they chose mainly because of its straight length. The concrete superstructure supporting the line could reportedly withstand a Richter magnitude 8 earthquake; its “special provisions” at the bridge supports and column bases allowed for the dissipation of seismic energy. The LRTA Class 1000 trains running along the line could carry a minimum of 748 passengers (162 seated, 586 standing). They could operate at speeds of up to 60 km/h.