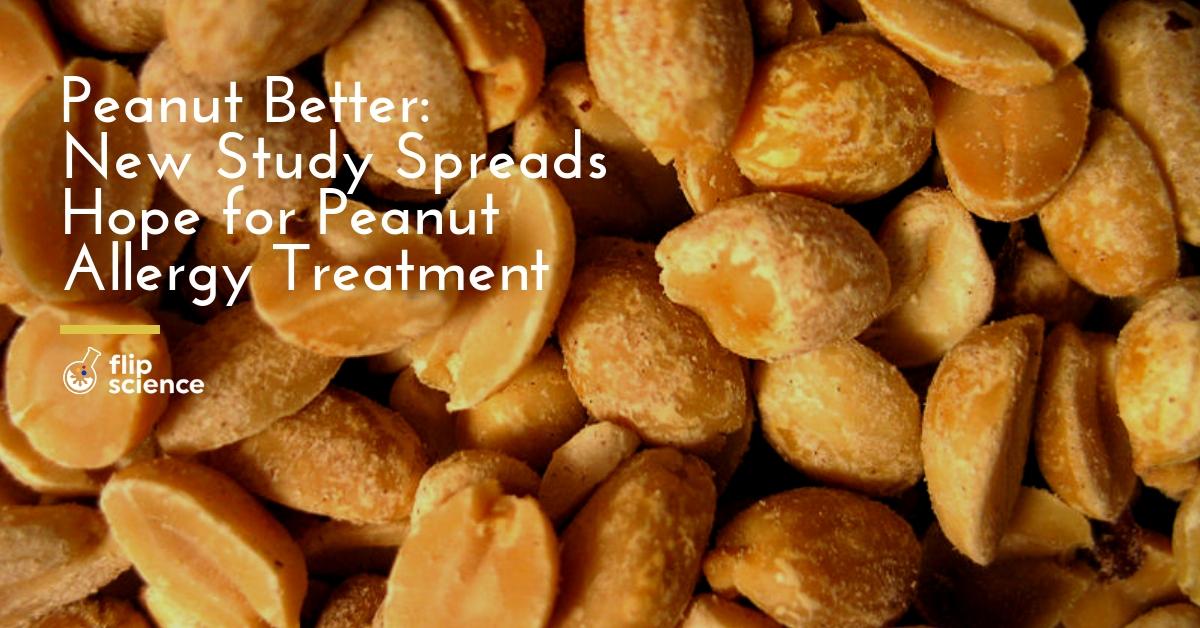 Clinical trials with controlled doses of peanut-derived compound AR101 revealed promising results among allergic children over a period of one year. However, trials involving adults did not reveal significant improvements. Nevertheless, this research may lead to the development of the world’s first approved peanut allergy treatment.

A newly published study in the New England Journal of Medicine reveals that it may be possible to treat peanut allergies in the near future — and it’s all because researchers decided to take a page from Friedrich Nietzsche’s book.

“What does not kill me…”

Over the course of a year, researchers held clinical trials across the United States, Canada, and Europe. In the trials, they administered carefully measured doses of AR101, a peanut-derived drug, to 372 peanut-allergic children aged 4 to 17 years.

The researchers started by giving doses with exactly 0.5 milligrams of peanut protein (about 1/600 of a large peanut). They gradually increased the peanut protein content in each dose every two weeks, eventually reaching 300 milligrams (about one peanut).

By the end of the year-long trial, most of the participants (67%) could safely consume 600 milligrams (the equivalent of two peanuts). Meanwhile, only 5 of the 124 children (4%) who received placebos could take the same dosage.

The researchers also ran trials with adults from 18 to 55 years of age. However, the trials did not yield any significant results.

“What we’re trying to do is free people up from the fear and anxiety associated with the potential bad things that can happen with minute quantities of peanut exposure,” said immunologist and study co-author Daniel Adelman.

Adelman also said that nearly all of the participants had minor allergic reactions to the drug during the trial. However, Adelman’s team expected this, as they were basically “giving people the thing they’re allergic to.”

According to co-author Dr. Stacie Jones, this trial is the largest of its kind.

“[This] provides some hope for us, as people that take care of children and adults, as well as parents and food-allergic patients,” said Jones. “[Patients] can go to school more safely, or on field trips, or play in sports or go to college … with more reassurances that their chance of having a serious allergic reaction is much less.”

The trial involved oral immunotherapy, a method of activating or suppressing the body’s immune response in order to build its defenses against the allergen (in this case, peanut).

However, doctors should not attempt independent and unsupervised treatments on their own. Exposing peanut-allergic patients to peanut protein without precise measurements could lead to disastrous results.

“This is treating peanut like a medicine, not a food,” according to pediatric allergist Scott Sicherer. “Don’t try this at home.”

Sicherer, who was not part of the study, also clarified that this would not produce a cure, but a peanut protein drug for increasing tolerance.

Interestingly, studies reveal that only 0.43% of Filipino children are allergic to peanuts. In fact, peanut allergy seems to be a relatively minor problem in Asia compared to the Western world. The exact reasons behind this remain unclear. However, researchers theorize that it may be due to the way peanuts are prepared and consumed in Asian regions (braised or boiled), the early exposure of Asian children to peanut-based dishes, or even environmental factors.