The sin of standing there 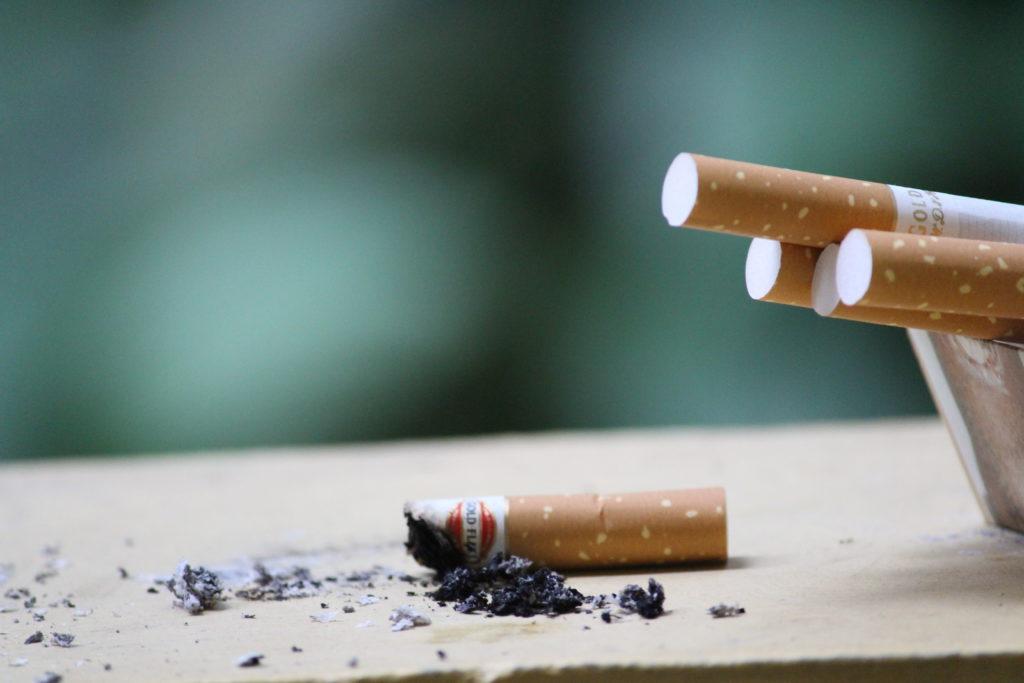 As Evelyn clutched the manila envelope that had her X-ray report, a mix of confusion and anxiety slowly began to appear on her face. Apparently, there was something wrong with her results — enough for them to call her back to the office on her day off. It was possible that she would need to redo the test, they told her.

The internal medicine specialist who examined her results recommended a CAT scan. Despite the physician’s reassuring tone and calm expression, Evelyn’s heart sank. After her consultation, it felt like there was a hole in her chest.

Further tests showed her exactly where it was.

When lung tissue gets infected and subsequently destroyed by an infection, an abscess — a painful pocket of pus comprised of bacteria, white blood cells, and cellular debris— takes its place. Evelyn’s was in the upper section of her left lung, near her heart.

In the months following her diagnosis, Evelyn developed a bad cough. Each prolonged bout of coughing felt like she was being stabbed in her lungs. It reached the point where she couldn’t even sleep comfortably, as the unbearable pressure of her own body weight made her favorite sleeping position impossible. Even something as simple as a walk or a sudden change in temperature (an unfortunately common occurrence, given the rather unpredictable climate of Metro Manila) could cause her chest to twinge hard; at times, she had to pause whatever she was doing and concentrate on breathing properly, just to make the pain go away.

The doctors told Evelyn that she had chronic obstructive pulmonary disease (COPD). Shortly after, she would learn a more common term for it: smoker’s cough. It was a cruel twist of fate for someone who had never even smoked a single stick in her entire life. 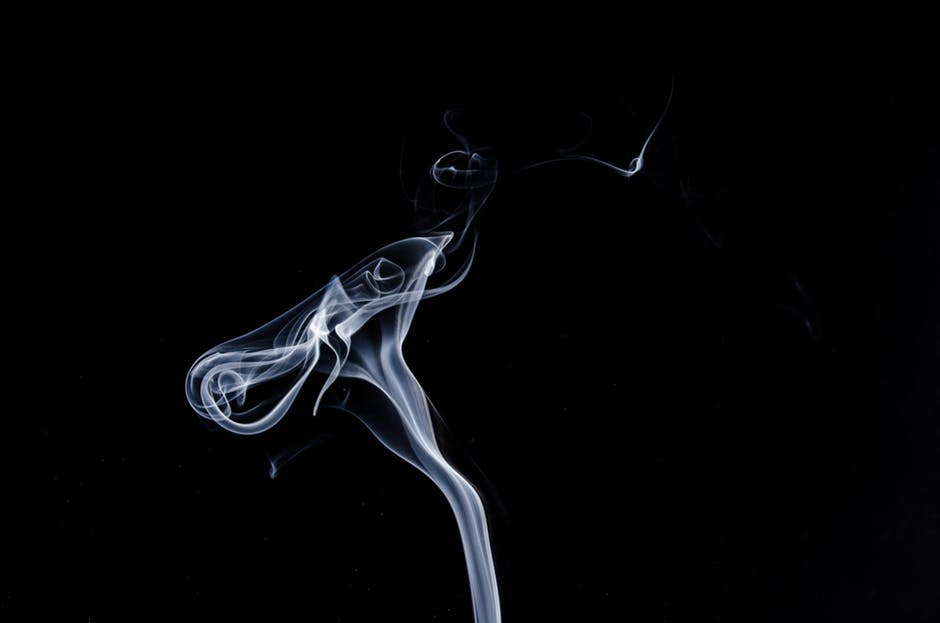 About a tenth of the world’s smokers are from Southeast Asia. Out of the region’s 1.1 billion adult population, an estimated 170 million are smokers, 10% of which come from the Philippines. Along with the distinction of registering one of the highest smoking rates in Asia, the country also boasts some of the lowest prices for cigarettes this side of the globe.

Having grown up in a family of smokers, most of Evelyn’s childhood memories were bathed in smoke. Whichever part of their house her parents and grandparents would go, the unmistakable smell of ash would follow. And though Evelyn found the idea of smoking repellent, she prided herself in being able to identify who smoked where by the kind of cigarettes they left behind. They all smoked different brands; her mother preferred filtered Marlboros.

In the other facets of her life, things were no different. From her university days all the way to her current job, Evelyn always found herself in the company of smokers. She felt that she could not survive without being in a group — and almost every group she has spent an extended amount of time with counted smokers among their number.

“To their credit, they would ask me if it was okay with me if they smoked while I was there,” said Evelyn. “I would always tell them yes, and that I really didn’t mind.”

Little did Evelyn realize that spending an entire lifetime around smokers would leave more than just the stench of smoke on her person.

Secondhand smoke is the combination of smoke emanating from a lit tobacco product and the smoke exhaled by a smoker. It is a lethal cocktail of over 7,000 chemicals, including cancer-causing substances such as vinyl chloride, toluene, and formaldehyde. Evelyn is one of an estimated 24 million Filipinos who are exposed to secondhand smoke on a daily basis, two-thirds of which inhale secondhand smoke at their workplace. 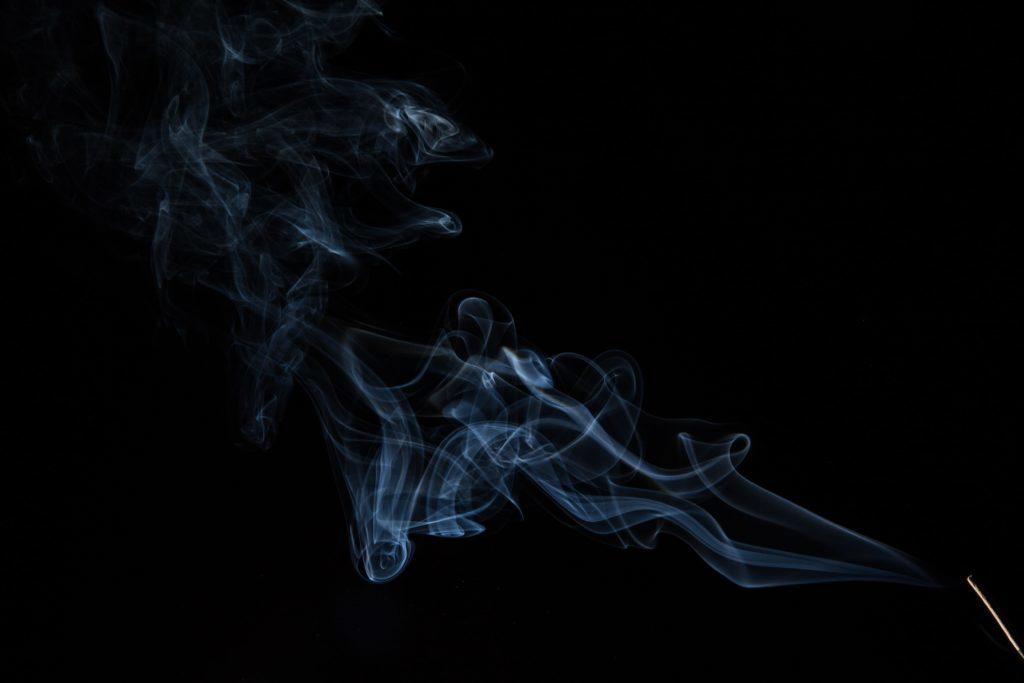 Most Filipinos look forward to summer; Evelyn, on the other hand, dreads it.

“February was so cold this year, so the humidity problem of going inside the very cold office and out again [to a much warmer setting] did not cause any big issues [for my COPD],” explained Evelyn. “When summer comes, though, I’m gonna be in trouble.”

Even the prospect of being able to enjoy a good night’s sleep once more comes with a hefty price tag – around Php 40,000, to be more specific. That’s roughly what an operation would cost at the Lung Center of the Philippines, without even factoring in the number of days she’ll be out of commission as she recovers. A private hospital with a more advanced procedure that would cause her less discomfort would cost at least twice as much. Either way, it will involve having a section of her lung taken out; a lobectomy, essentially. This would also mean no competitive swimming, marathon running, mountain climbing, or other strenuous physical activities after her operation. To get out of her predicament, Evelyn would have to lose a part of herself, in more ways than one.

For now, Evelyn has learned how to live with her condition, managing it with medication whenever necessary. After a recent trip to Singapore – a country that consistently tops liveability rankings in Southeast Asia and enforces strict regulations on smoking – her pain has been greatly reduced. She still feels it, though. And not just the physical kind.

Evelyn does not blame her family, though. She believes they simply made the wrong choice decades ago, at a time when the effects of smoking beyond looking cool and rebellious had not yet been studied extensively.

For the longest time, she had hoped that a smoking ban could finally be enforced across the Philippines. An executive order drafted by the Department of Health — one of President Rodrigo Duterte’s promises during last year’s campaign season — came into effect during the latter part of July 2017, after a long period of deliberation. Duterte, who successfully implemented a city-wide smoking ban during his term as mayor of Davao City, had initially asked for more time to review the order and consult with the local medical sector before pushing through with the nationwide ban. Regardless, Evelyn continues to wear a face mask whenever she steps outside, in order to avoid further aggravating her condition. 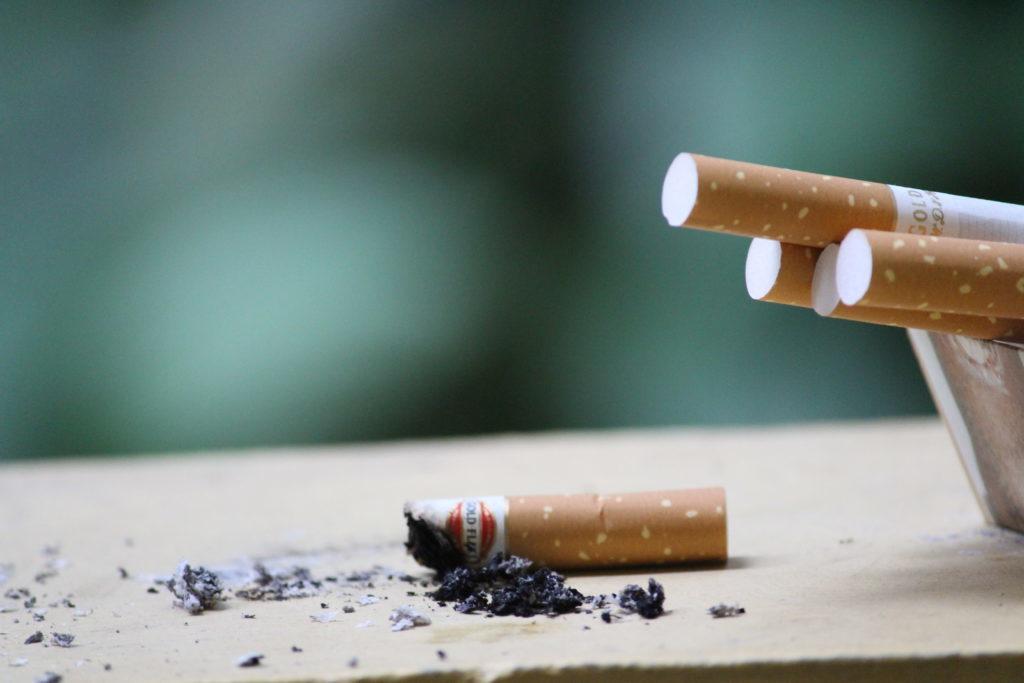 At the back of Evelyn’s family’s house is an open-air space, where they do their laundry and hang their clothes. This is also her family’s favorite smoking spot. A conversation takes place between mother and daughter, the way it usually does. It’s the pollution in the city and the office air conditioning that made Evelyn sick, her mother says, sitting beside their clothesline and lighting her fourth cigarette for the day. Meanwhile, Evelyn stands inside, behind their screen door and away from the smoke.

As always, a filter separates them.