Your science textbook is wrong: The truth about the ‘tongue map’ 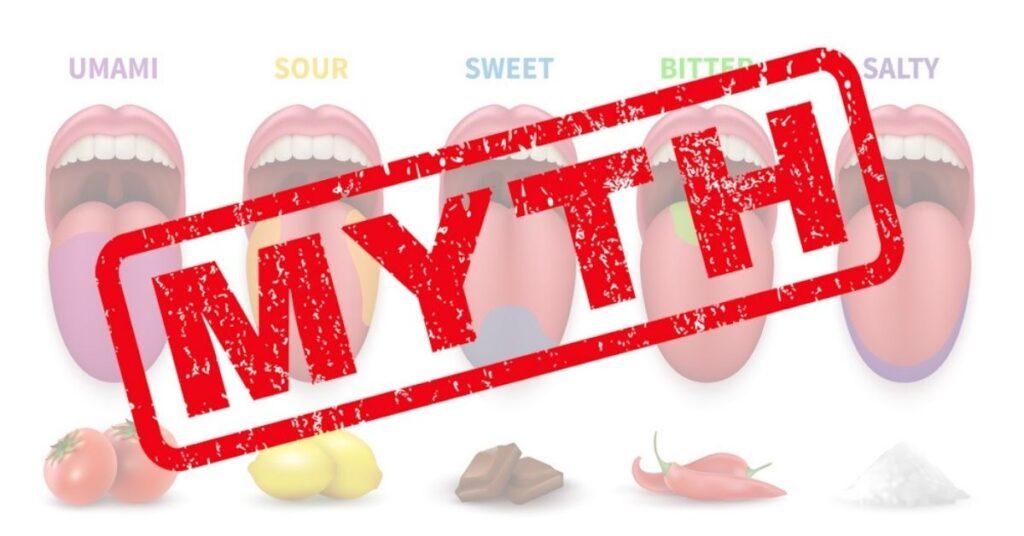 You may have been taught that only specific areas of the tongue can detect particular tastes. You may have even seen a drawing of a tongue with colored regions identifying the “taste zones.” This is inaccurate, though: Our taste receptors are actually well-distributed on our tongues—and scientists have known this for decades.

The myth of the tongue map or taste map was the result of misinterpreted data. In a 1901 paper, German scientist David P. Hänig tried to measure the tongue’s sensitivity in detecting the four basic tastes known at the time (sweet, salty, sour, and bitter). Hänig found that different parts of the tongue had lower thresholds for specific tastes (which is accurate, though the differences are extremely minor). However, the way he presented his data turned out to be a bit confusing; the fact that it was in German likely complicated matters further. And so, many interpreted his findings as proof that each part of the tongue is assigned to a single basic taste.

The tongue map as we know it, though, is largely attributed to Harvard psychology historian Edwin Boring. In the early 1940s, Boring took Hänig’s findings, did his own tests, and plotted the resulting data on a graph. Unfortunately, the graph made it look like low-sensitivity areas actually had zero sensitivity whatsoever. Thus, when experts started mapping out the data, they ended up creating the tongue map many of us know today.

Over the years, though, countless studies have debunked this misconception. Chief among these is a 1974 study by Virginia Collings, a scientist from the University of Pittsburgh’s psychology department. Collings confirmed that the differences in sensitivity were virtually insignificant, and that all taste receptors in the oral cavity—even the ones that aren’t around the tongue, such as those in the cheeks, the roof of the mouth, and even the upper esophagus—can detect all tastes.

In other words, the tongue map is basically a Boring mistake.