Facts about the Universal Health Coverage Bill in the Philippines 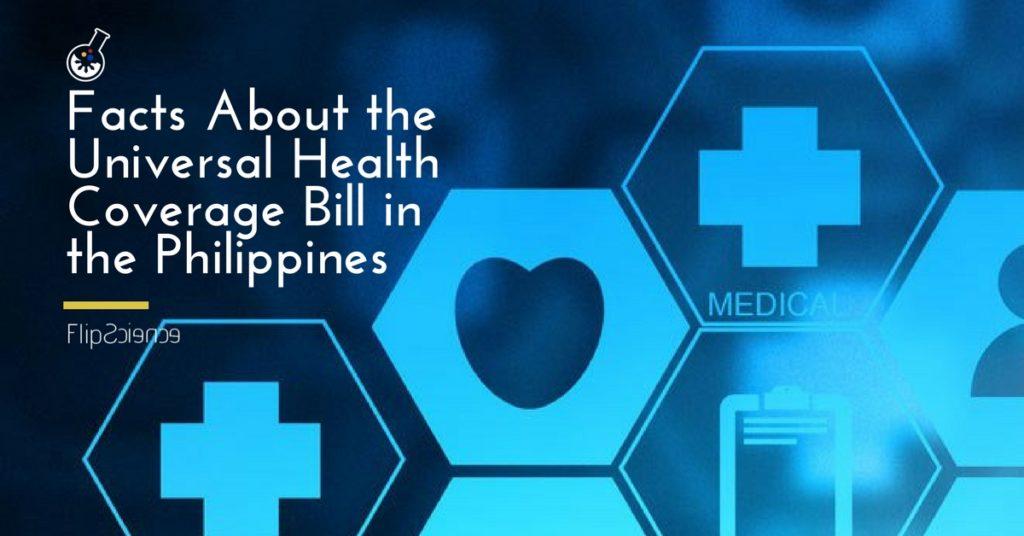 A cost-effective and hassle-free health care system where no Filipino—especially the poor—is left behind.

This is the goal of House Bill 5784, also known as the Universal Health Coverage Act. HB 5784 passed the third and final reading in the House of Representatives last month. Now, the Senate must convene for further deliberation before it reaches the President’s office.

According to the bill, every Filipino will have entitlement to all health care benefits, whether inpatient, outpatient or emergency care. This includes health promotion, prevention, treatment, rehabilitation, and palliative services. The bill also promises that every Juan can avail health care “without suffering financial hardships.”

In order to do that, the old system will experience an overhaul via “systematic and systemic approaches” to establish “a clear delineation of roles and functions.”

In a recent interview with GMA Super Radyo DZBB, deputy House minority leader and Universal Health Coverage bill Rep. Harry Roque explained that the house bill shall overhaul the Philippine Health Insurance Corporation (PhilHealth). Philhealth was established in 1995 through Republic Act (RA) 7875, and then amended during the Arroyo administration through RA 9241.

The ills of Philippine healthcare

In terms of health care reforms, the Philippines is way behind neighboring countries in Southeast Asia, according to a 2014 report from the German nonprofit foundation Friedrich Ebert Stiftung. The report found certain inconsistencies in the quality of healthcare services across the country. It also noted a disparity on the access to health services between urban and rural areas. The perennial health system problems identified include inadequate beds and health professionals, as well as subpar facilities.

Furthermore, government think-tank Philippine Institute for Development Studies (PIDS) revealed in 2016 that nearly fifty percent of the poor still shell out money for outpatient medication. This was in spite of the surge of indigent PhilHealth memberships during former President Noynoy Aquino’s term.

Consequently, such disproportion puts the poor at the receiving end.

There is also inadequate reporting of violations of licensing and accreditation requirements from health care facilities, “especially the ‘zero-out-of-pocket’ policy of the Department of Health and PhilHealth,” as pointed out by Dr. Armando Lee, the district health team leader of Department of Health – National Capital Region Office and president of Pasay Paranaque Medical Society.

Lee also lamented how health centers are under the jurisdiction of municipal and city governments by virtue of the Local Government Code of 1991. Through online correspondence with FlipScience, Dr. Lee said:

“[Such setup] effectively puts a layer of leadership and management. [At the same time] this makes it harder for national health policies and programs to immediately be implemented down to the level of the health centers… especially if those in authority do not prioritize public health.”

HB 5784 aims to promote “social solidarity” to enhance health care services in the country. It intends to adopt a “whole-of-system, whole-of-government, and whole-of-society approach in planning, implementing, monitoring, and evaluating all health-related policies.”

In the same DZBB interview, Roque revealed that the bill will receive an allotment of Php 420 billion.

Here are a handful of the new health care system’s salient points, as stated in HB 5784:

There will be two types of beneficiaries in the Universal Health Coverage Act. The contributors are members of the working class who shall pay their respective premiums. Meanwhile, non-contributors (indigents) are those whose income falls below the poverty threshold, as per the National Economic and Development Authority (NEDA). The national government is mandated to fully subsidize non-contributors.

The contributions cap will increase to five percent from the three percent stated in RA 7875/9241. Contributions of government and private employees will be equally shared with employers. Self-earning individuals, professionals, and consultants must pay the full contribution. Those under job orders, project-based working arrangements, and the like shall pay the monthly contributions. The amount will follow the contribution schedule prescribed by their employer, who is responsible for deducting, remitting, and reporting the corresponding contributions.

The bill reiterates roles of the other two government agencies largely involved in carrying out the Universal Health Coverage Act. The Department of Social Welfare and Development (DSWD) shall assist the DOH in covering all indirect costs borne out of accessing medical services. These include transportation, accommodation (or halfway housing), and meals. It will also be the DSWD’s responsibility to identify the indigents who will enroll in the program. Meanwhile, the Department of Interior and Local Government (DILG) shall coordinate and promote the implementation of the act nationwide. This includes passing local resolutions and ordinance for creation of healthy living environments, as well as tapping various community groups and engaging them in health promotion.

OFWs will continue to receive assistance from PhilHealth. The bill mandates establishing either an office or a point person at every Philippine consular office in the world. This is to accommodate the processing, reviewing, and claims payment of OFWs.

Dr. Lee believes HB 5784 is a “very good” bill. He hopes for stringent enforcement of universal health coverage for all Filipinos.

“It assumes that facility operators and owners (both private and public) would follow the licensing and accreditation requirements and maintain [that] these requirements [are] applied,” Dr. Lee said.

Dr. Lee mentioned problems with health facilities that closed after failing to meet health standards, but illegally resumed operations after some time.

A number of lawmakers, however, voted against the bill. These include Gabriela Women’s Party Rep. Arlene Brosas and ACT Teachers Representative Antonio Tinio. Both Brosas and Tinio are part of the seven-member Makabayan bloc that all voted ‘no’ to the bill.

Brosas explained the downsides of a health security program heavily reliant on insurances.

“The problem with insurance-based policy is the event when insurance is taken out of control of the patient. The private hospital dictates what examinations to be done, and it may deny as many insurance claims as possible,” Brosas said.

This was seconded in a separate interview by Tinio. According to the representative, the bill is just pushing for the privatization and commercialization of the healthcare system.

Despite these issues, one thing is clear: It’s time for Filipinos to receive better health care. –MF