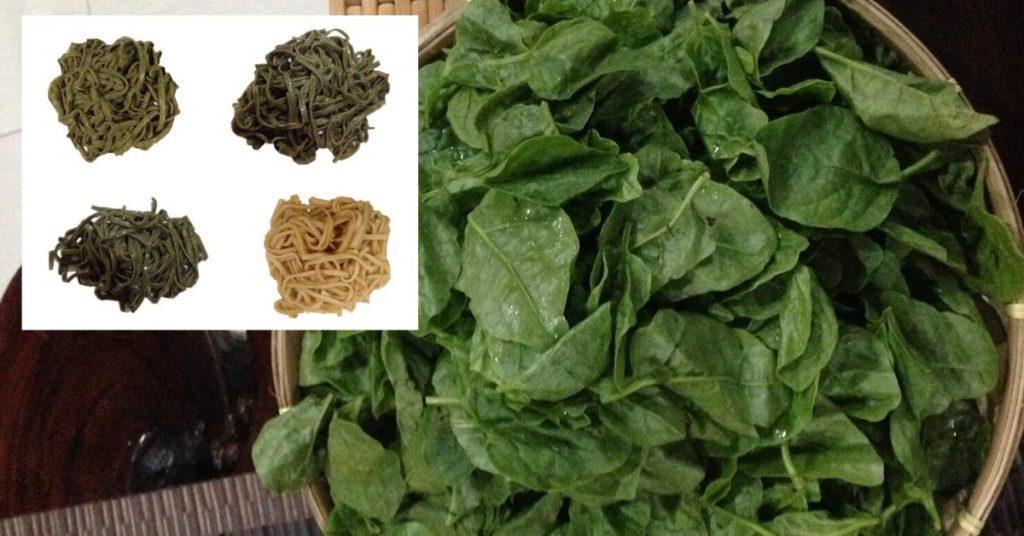 •Widely cultivated in the Visayas region, alugbati (Basella alba) is rich in various vitamins and minerals, and regarded as a good source of vitamin A.
•Researchers from the University of the Philippines Mindanao developed a type of egg noodle product with powdered fresh alugbati leaves.
•The team believes that these vitamin A-enriched noodles can help fight Vitamin A Deficiency (VAD) in the country.

With its heart-shaped leaves and soft stem, the edible vine known in the Philippines as alugbati (Basella alba) is one of the most common leaf vegetables around. It’s also called the Indian spinach, Malabar spinach, Ceylon spinach, or vine spinach. However, it isn’t actually a type of spinach (though some use it as a spinach substitute in many recipes). Widely cultivated in the Visayas region, this fast-growing plant is a good source of vitamins A and C, iron, potassium, calcium, and other vitamins and minerals.

Realizing alugbati’s potential to address one of the leading forms of malnutrition in the world, a team of researchers from the University of the Philippines Mindanao came up with a new way to serve the vegetable: Via a bowl of everyone’s favorite egg noodles.

It’s possible to enhance the nutritional content of noodles by adding certain plant-based or animal-based ingredients to the mix. This can make a seemingly ordinary bowl of noodles an effective carrier of nutrients.

Egg noodles are typically made of wheat flour, eggs, and water. The team tweaked the recipe a bit, substituting part of the wheat flour with various percentages of powdered alugbati leaves. Previous studies have shown that fresh alugbati leaves are relatively high in crude ash and crude protein. This indicates high mineral content, making them effective at addressing protein energy malnutrition. 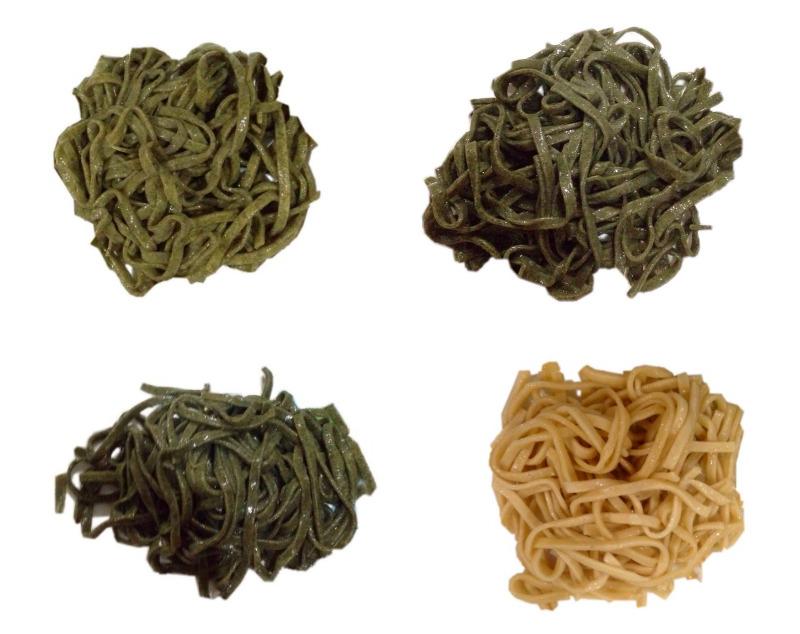 Based on the researchers’ findings, substituting the flour with 15% powdered alugbati leaves yielded the most favorable product. Most of the panelists who participated in the study even described the formulation as “tasty and delicious.”

“The ‘alugbati’ egg noodles with 15% substitution level had significantly higher ash (2.27 ± 0.28), fiber (1.77 ± 0.38), and protein (11.50 ± 0.11) contents compared to the control,” concluded the researchers. They also noted the possibility of incorporating the alugbati leaf powder into other products that need vitamin A fortification, due to its relatively high total carotenoid content (TCC).

Micronutrient deficiency is a lack of vitamins and minerals necessary for growth and development. If left unaddressed, this leads to a variety of health complications and severe illnesses, particularly among children and pregnant women.

Alongside iron deficiency anemia and iodine deficiency disorder, Vitamin A Deficiency (VAD) is one of the three common forms of malnutrition in the world.

Findings from the National Nutrition Survey indicate a declining VAD mortality rate in the Philippines. However, the statistics also reveal an increased overall prevalence rate of VAD, from 5.9% in 2008 to 6.1% in 2013. Incidentally, preschool children have a VAD prevalence rate of 20.4%.

“Consuming the alugbati egg noodles can help provide the recommended dietary allowance of vitamin A especially for children, pregnant and lactating women, and the elderly,” explained study co-author Kriza Faye A. Calumba.

The full study, which was published in the Philippine Journal of Science (PJS), may be accessed here.