These doggos can tell if you have malaria 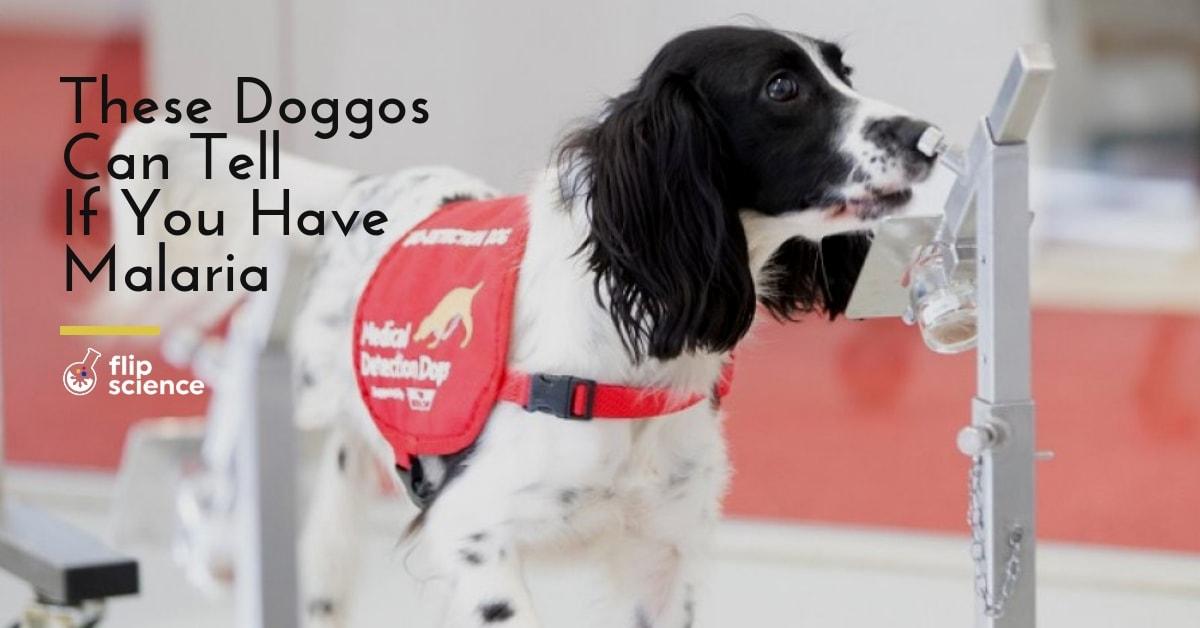 We’ve known for quite a while that dogs can do a plethora of remarkable things. This isn’t entirely surprising, considering their keen senses, impressive agility, and knack for surviving in harsh environments. (As long as they stay away from things they’re not supposed to eat, that is.) Now, it looks like our canine friends could add another trick to their ever-growing list: malaria detection.

Inspired by a recent paper, scientists from the United Kingdom revealed that they were able to train dogs to detect malaria in people who did not exhibit its physical symptoms. According to the researchers, who shared their findings at the annual gathering of the American Society of Tropical Medicine and Hygiene in New Orleans, their tests may be crucial in developing the first rapid, non-invasive malaria test.

Professor James Logan, who heads the disease control department of the London School of Hygiene and Tropical Medicine, worked on both the initial study and the dog-training project.

Logan and his co-authors found that malaria patients give off the distinct smell of aldehyde compounds. They specifically noted nonanal, heptanal, and octanal, scents typically used in the perfume and food industries. They observed this phenomenon even in patients who did not give off any outward symptoms of the disease. It so happens that these scents are practically irresistible to mosquitoes, allowing them to pinpoint their sources. This discovery prompted Logan and his fellow researchers to see if trained dogs could respond to these odors in the same way.

The experiment involved collecting 175 foot odor samples from nylon socks worn by seemingly healthy children from West Africa. Afterwards, the children, aged five to 14, underwent a finger-prick test to determine whether they had Plasmodium falciparum (the malaria parasite) in their blood.

Meanwhile, two dogs at Milton Keynes’ Medical Detention Dogs charity center — a Labrador named Sally and a Labrador-Golden Retriever cross named Lexi — were trained to single out the smell of infected children. The socks were brought to the facility and tested for the disease. Afterwards, they gave the dogs a whiff of the samples. The dogs correctly identified 70% of the infected samples and 90% of the non-infected samples.

Sniffing out malaria to snuff it out

The research is admittedly in its early stages, and the limitations (such as sample size) also need to be considered. However, the researchers are optimistic that this could lead to more efficient detection and control of the disease. Incidentally, they are training a third dog (Freya, a Springer Spaniel) to detect malaria as well.

“Worryingly, our progress on the control of malaria has stalled in recent years, so we desperately need innovative new tools to help in the fight against malaria,” said Logan. “Our results show that sniffer dogs could be a serious way of making diagnosis of people who don’t show any symptoms, but are still infectious, quicker and easier.”

Malaria remains a serious problem worldwide. According to the World Health Organization, the disease infected 216 million people in 2016, killing 445,000 across the globe. 6,680 of those cases came from the Philippines.