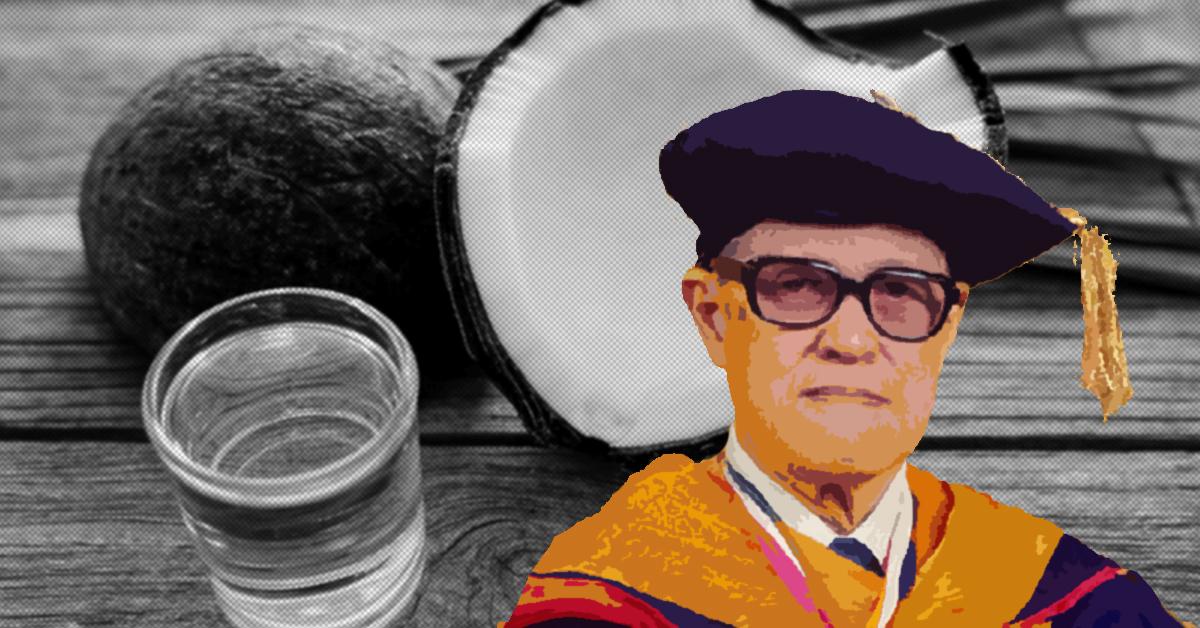 •Born on March 25, 1908, National Scientist Dr. Julian A. Banzon made significant contributions to food science in the Philippines.
•He was a pioneer in exploring alternative sources of fuel in the Philippines, with a particular focus on coconut and sugarcane.
•His work as both a scientist and an educator greatly influenced the local alternative fuel industry.

In more ways than one, the world runs on fuel. Specifically, petroleum-based fuels fill the majority of our cars and vehicles, generators, and industrial machinery — sadly, to the detriment of the environment. It is undeniable that the non-renewable fossil fuels we use to power the world also put it at tremendous risk. This problem, however, can be overcome by developments in renewable, sustainable sources.

In the Philippines, the Biofuels Act of 2006 mandates the addition of plant-derived ethanol and fatty acid methyl esters (FAME) to gasoline and diesel. Today, the Philippine biofuels industry plays a significant role in the economy, with huge potential for growth.

Unsurprisingly, it was a Filipino scientist who, by studying the derivation of chemicals from local plants, took the first steps toward building our biofuels industry.

Dr. Julian A. Banzon was born on March 25, 1908 to Manuel S. Banzon and Arcadia Arca in Balanga, Bataan.

Dr. Banzon studied chemistry at the University of the Philippines, earning his bachelor’s degree in 1930. He pursued further education in the United States, obtaining a PhD in Biochemistry (minor in Microbiology) from Iowa State University in 1937.

During his post-graduate studies, he developed his work on the fermentative utilization of cassava. His dissertation was among the first to elucidate the products that could be derived from the starchy crop, including ethanol, butanol, and acetone. Put simply, a controlled “rot” of the starch using specific strains of bacteria produces valuable chemical products. At the time of Dr. Banzon’s study, the use of cassava was a pioneering work and had huge potential for industrial applications.

Thus began Dr. Banzon’s lifework of study on the use of indigenous crops as renewable sources of fuels and chemicals. He continued to research on materials that were novel to the industry at that time: coconut and sugarcane. His was the first comprehensive work on the derivation of ethyl esters from these crops.

Furthermore, Dr. Banzon developed new methods for processing of coconut, including the chemical extraction (and subsequent conversion into hydrocarbons) of its oils. He also had publications discussing the chemical properties of coconut and other vegetable oils.

These would be significant in the boom of various industries, including food and many chemical commodities–primarily, biofuels. 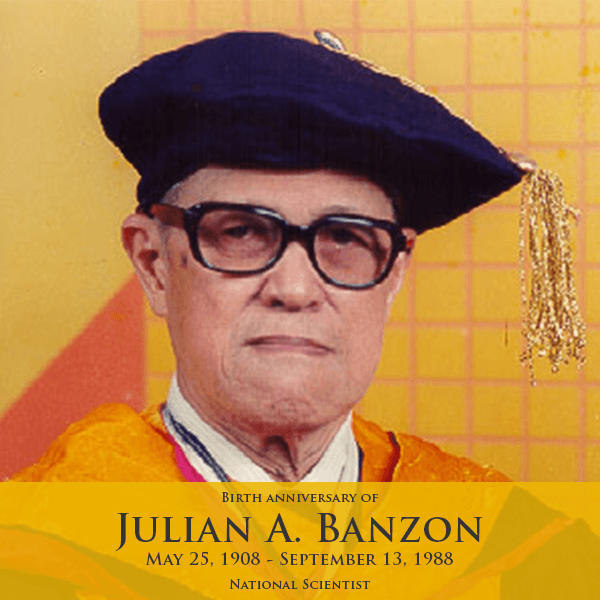 Rooted in science, fueled by education

With his expertise, Dr. Banzon led important research endeavors as part of the government. In 1958, he was appointed to lead the Philippine Atomic Energy Commission as the chief scientist. In addition, he served as the chairman of the division of chemical and pharmaceutical science of the National Research Council of the Philippines from 1972 to 1973.

Thanks to his work, he became an esteemed biochemist and National Scientist, discovering innovative applications of Philippine agricultural products for alternative fuel.

In addition to being a decorated scientist, Dr. Banzon was a dedicated teacher.

Immediately after obtaining his bachelor’s degree, he served as an instructor at the UP College of Agriculture for one year. After finishing his doctorate, he returned to UP to continue honing more students as a professor. From 1930 to 1958, he took on several roles in the college, including associate chemist, chairman, and director of research. Dr. Banzon was the officer-in-charge of the division of food science and technology at UP Los Baños from 1970 to 1972.

Dr. Banzon passed away on September 13, 1988, at the age of 80. His legacy lives on in the continuing development of biofuels and bio-based chemicals, as we search for better, more sustainable ways to tap energy from our natural resources. –MF