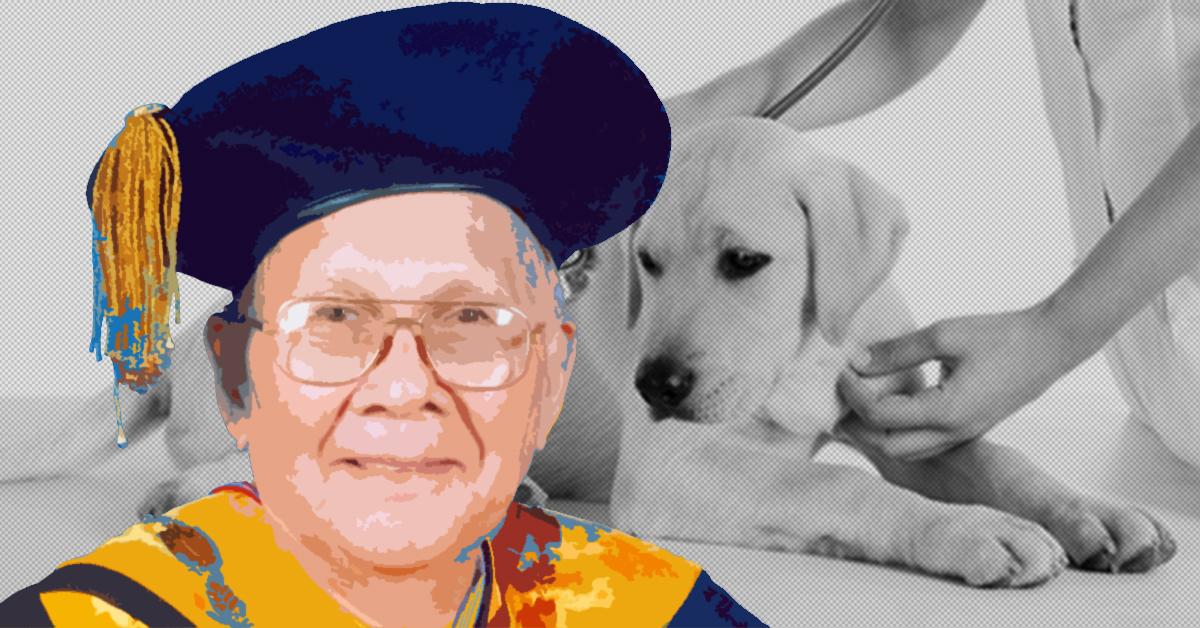 •Born on November 30, 1924, Dr. Teodulo M. Topacio significantly contributed to the improvement of animal production and animal health in the Philippines.
•He conducted pioneering and meticulous research on various animal diseases, eventually publishing an extensive guidebook for professional use.
•He also played a key role in preparing and advocating for RA 9482, a bill for the prevention, control, and eradication of rabies.

(Updated on December 2, 2019) When the second World War erupted, it had a tremendous impact on science and education — not only in the countries that were leading the war, but also in other nations as well.

In the Philippines, World War II caused numerous colleges and universities to cease their operations from 1941 to 1944, putting a damper on the hopes and dreams of many who just wanted to finish their education, pursue their chosen careers, and provide for their families. When universities started reopening near the end of the war, students prepared themselves to face the challenges that came with resuming their studies after taking an involuntary break for nearly half a decade.

Fortunately, these obstacles were not enough to dissuade many of the Filipino youth in the late 1940s from continuing their studies. Among these brilliant minds was a budding veterinary scientist who would later become not just an esteemed academician, but also a key figure in Philippine animal science.

Dr. Teodulo M. Topacio was born in Manila on November 30, 1924. Hardworking and intelligent, his passion for veterinary medicine was not dampened by the horrors of war.

Though the University of the Philippines (UP) reopened in 1945, it took about a year before he could return to the College of Veterinary Medicine (CVM). At the time, CVM was in Pandacan, a bus ride away from the main UP campus in Ermita.

In a 2011 article, Dr. Topacio reminisced about his days as a UP student. He wrote: “Veterinary medicine was not a popular course then. We were only 11 in our class, eight Filipinos, including one woman (the only one in the whole college then), and three American men who were WWII veterans.”

Dr. Topacio became the dean of CVM in 1964, rose to the rank of professor in 1967, and ended his tenure as CVM dean in 1969. Upon his retirement from the university, he was appointed as professor emeritus.

After his term as CVM dean, Dr. Topacio made many significant contributions to the animal production and animal health industries.

Chief among these was his pioneering research on leptospirosis in domesticated animals. He was the first to identify and isolate the two strains of abortion-causing leptospirosis agents in pregnant pigs. Having studied cases of leptospirosis among piggery workers, he was also the first to report on pig-to-human leptospirosis transmission. His research enabled the development of appropriate prevention and treatment measures for both pigs and workers. Interestingly, he also showed that while the strains couldn’t be differentiated via electron microscopy, their serological reactions gave them away.

Dr. Topacio also studied other animal diseases, including brucellosis, distemper, and fasciolosis, as well as dog tumors. His extensive body of work on animal diseases eventually enabled him to prepare a massive guidebook on animal diseases for veterinary and medical professionals. The volume, published by the National Academy of Science and Technology (NAST), compiled nearly 50 years’ worth of published researches in the Philippines. Afterwards, he continued to influence and develop veterinary programs and policies. He also played key roles in the Asian Development Bank, the United Nations Food and Agriculture Organization, the World Health Organization, and other local and international agencies. 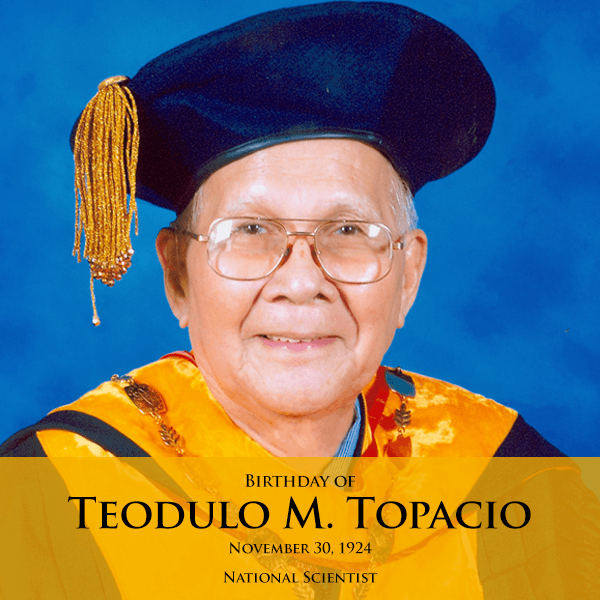 More recently, Dr. Topacio led a team comprised of veterinarians, physicians, and the Bureau of Animal Industry. Together, they prepared and lobbied for Republic Act No. 9482, also known as the Anti-Rabies Act of 2007. The bill, which focused on preventing, controlling, and eradicating rabies, was signed into law in May 2007.  Prior to that, the group also lobbied for the passage of the Philippine Veterinary Medicine Act of 2004, which regulates the practice of veterinary medicine in the country.

Dr. Topacio also served as the chairperson of the Department of Agriculture’s National Advisory Committee for Animal Disease Control and Emergency. In addition, he headed the committee for drafting the Animal Industry and Veterinary Services Act.

Throughout his decades-long career in veterinary science, Dr. Topacio received numerous awards for his accomplishments and contributions. Eventually, he was elected as an NAST academician in 1993. Via Proclamation No. 1762, s. 2009, then-President Gloria Macapagal-Arroyo conferred the rank of National Scientist upon him on  April 30, 2009.

Dr. Topacio passed away on July 9, 2019 at the age of 94. However, his contributions to veterinary medicine in the Philippines will continue to benefit veterinarians, veterinary scientists, and pet owners for years to come.