The physics of car crashes: How to keep your child safe

Published on November 28, 2019 by Tristan Mañalac 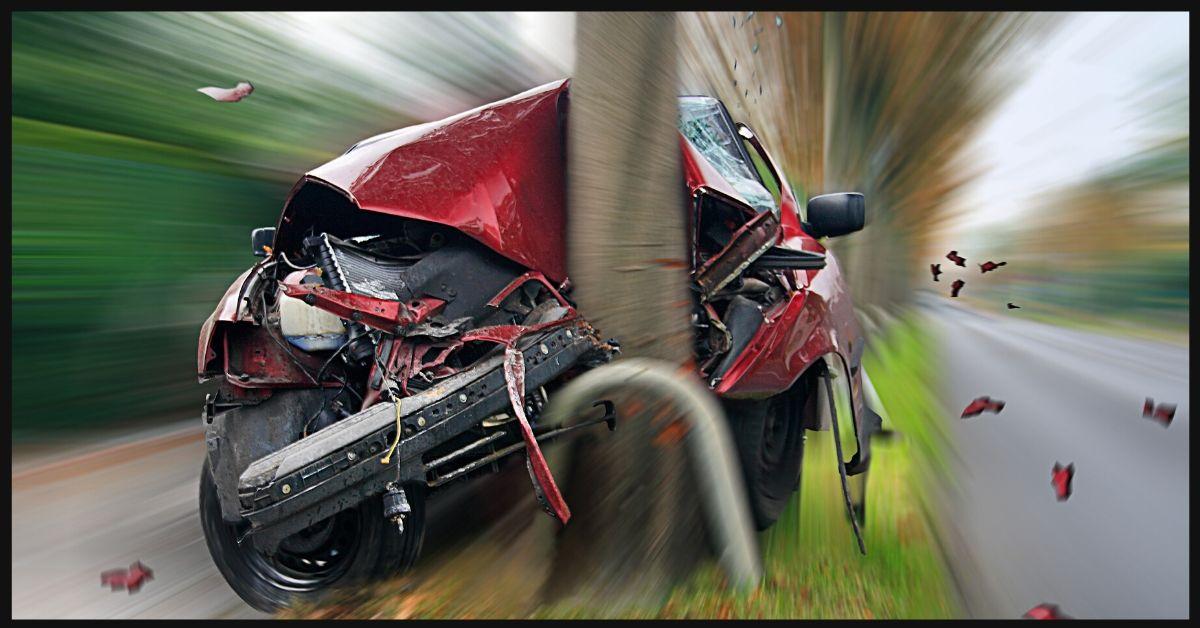 •The physics behind car crashes reveals exactly how dangerous they are–especially in ways that aren’t immediately obvious.
•Global statistics point to road traffic injury as the top killer of children and young adults aged 5 to 29.
•To ensure a child’s road safety, install the right type of car seat, depending on the child’s stage of growth.

Road crashes are great examples of textbook physics in action. When a car is cruising down a straight highway at a steady speed of, say, 40 kph, all the forces acting on it from different directions cancel out. In this hypothetical, the car, and everything in it, is said to be in equilibrium. This balance is broken when the car rams straight into something immovable, like a huge concrete barrier.

“Everything inside the car has a tendency to keep on moving because of Newton’s first law of motion,” explains Damian Dailisan, PhD candidate at the National Institute of Physics. “An object at rest will tend to stay at rest―or an object in motion will tend to stay in motion―unless acted upon by an external force.” The same is true, he adds, of people.

After the initial collision between the car and the barrier, the driver will jerk forward, their body slamming into the console. The steering wheel will dig into the chest and, if the impact is strong enough, can snap a few ribs in the process. In particularly forceful crashes, the driver may even rebound backwards and up, hitting their head on the very solid frame of the passenger cabin.

Backseat riders, especially children, have it worse. When unrestrained, they will get thrown around in different directions. They are often referred to as flying bullets for this reason. Some will smash into the back of the seat in front of them, others will crash into each other. It’s not unheard of, even, for children in the back to fly straight into, or through, the windshield.

But the chaos doesn’t stop there. After all, if a car in motion needs an external force to come to a complete stop, so, too, do internal organs. 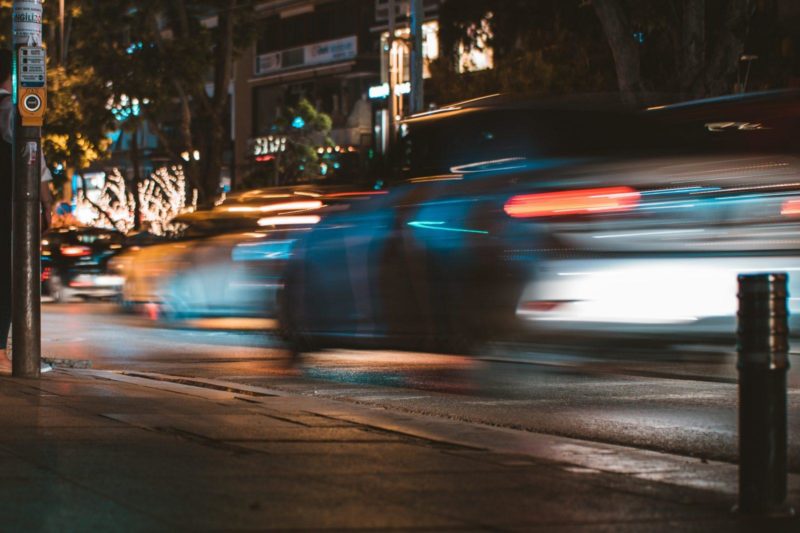 The laws of physics hold true everywhere, even inside the body. When a child crashes into the interior parts of a car during a collision, their organs, also under the same abrupt deceleration, will be flung forward, pulling against the tissues that work to keep them in position, or crashing into the walls of body cavities.

“Trauma will only be significant if the energy transferred during the crash is also significant,” begins Dr Jorge Concepcion, MD, a general and trauma surgeon at The Medical City. There’s really not a formula to determine, for certain, if and what injuries develop. Different crashes will generate different forces, to which different regions of the body will react differently.

A child’s chest area, for example, is prone to contusion-type injuries. Because the bones haven’t yet set, the rib cage remains pliable and flexible. When exposed to strong compression, the cartilage is able to collapse on itself and return to its original shape without breaking. But the interior organs―those which the ribs should be protecting―are not as hardy. There may be no fractures but damage will already have been dealt to the heart and lungs.

Other organs, such as the small intestine, may be thrown about with such force that it tears free from the mesentery, the membrane that suspends it in place and provides it with blood supply. A devascularized organ will slowly waste away and its symptoms will manifest at a later time, complicating diagnosis.

A child’s head area is even more vulnerable. “It’s because their heads are larger relative to their bodies,” Concepcion explains. “In a collision, an unrestrained child sitting in the rear will fly forward and hit their head on the seat in front of them. In these cases, there is a tendency of the neck to hyperextend backwards. To rebound. This may lead to cervical spine injuries.”

The problem is compounded by their underdeveloped necks. Aside from being unable to control the whiplash, the mostly cartilaginous structure makes it difficult for doctors to detect lasting harm.

“It’s possible that there’s a neck injury, but there will be no radiologic evidence,” because X-rays can only detect damage in ossified bone, Concepcion says. “But there is injury. You just weren’t able to diagnose it, so you weren’t able to do anything about it. Later, as the kid moves, it could detach. They could end up paralyzed.”

Hold on to your seat

In the time it took you to read up to this point, about ten people will have lost their lives on roads all across the world. By the time you finish, ten more will have died. More, still, will be disabled beyond recovery.

Many of these are children. According to the 2018 Global Status Report on Road Safety by the World Health Organization, road traffic injury is the top killer of children and young adults between the ages of 5 and 29 years.

The situation is likely to be worse in the Philippines. The same report found that roads were up to three times more lethal in low- and middle-income countries than in more affluent ones. Regional fluctuations compound things further: Africa and Southeast Asia both logged exceptionally high rates of traffic deaths, even exceeding the global average.

Data from the Philippine Statistics Authority confirms this. Each year, no less than 600 Filipino children die on the road. (This is likely an underestimation, as numbers were based on whatever death certificates were on record, not adjusting for under-reporting.) In 2015, for example, there were 636 such deaths, about a hundred fewer than the yearly count nearly a decade earlier.

But 2015 also saw the highest child death toll due to road crash injuries since 2010. Whatever slight progress that was made in the last couple of years had stalled.

In response, the WHO recommends the widespread use of child restraint systems. When placed in car seats that face forward, children below the age of four are half as likely to sustain injuries from vehicular collisions than their counterparts who stay in the front. The effect is even stronger for passengers of rear-facing car seats, which can cut the risk of injury by as much as 80 percent.

The right seat for the right child

When installed correctly, car seats control the rate at which the child decelerates, allowing them to ride the crash down safely. “It couples to body to vehicle, such that the body slows down with the rest of the vehicle,” Dailisan says. “It prevents the body from bouncing around inside the cabin of the car.”

The effects of this also extend inward. When the body slows down gently, the same happens inside the body. Internal organs are less likely to pull free of their ligaments and slam into the walls of the body cavity; the odds of bones breaking and skulls smashing are lower. The risk of contusions, compressions, dislocations, and other such injuries to tissues drops considerably. The physics explain the statistics.

Of course, this only solves part of the problem. There’s no getting around it: The body will need to endure a force to slow down. So, when used wrongly, restraints can, themselves, cause injury. The only way to maximize the safety of children on the road is to use the right type of car seat.

Front-facing seats, for instance, are suitable for use in older children who are at least 15 months of age, according to the UN. These children tend to have stronger muscles around the neck and torso area. This lets them take a bit more pressure as the car seat’s straps keep them in place during a collision.

In the very young, however, this can be fatal. Instead, the UN recommends rear-facing car seats. These distribute the force of the impact over the entire length of the baby’s back.

“Specific ages and specific sizes of children have different device requirements,” Concepcion emphasizes; car seats are not a one-size-fits-all type of product.

This story was produced under the Road Safety Journalism Fellowship carried out by VERA Files and the World Health Organization under the Bloomberg Initiative for Global Road Safety.