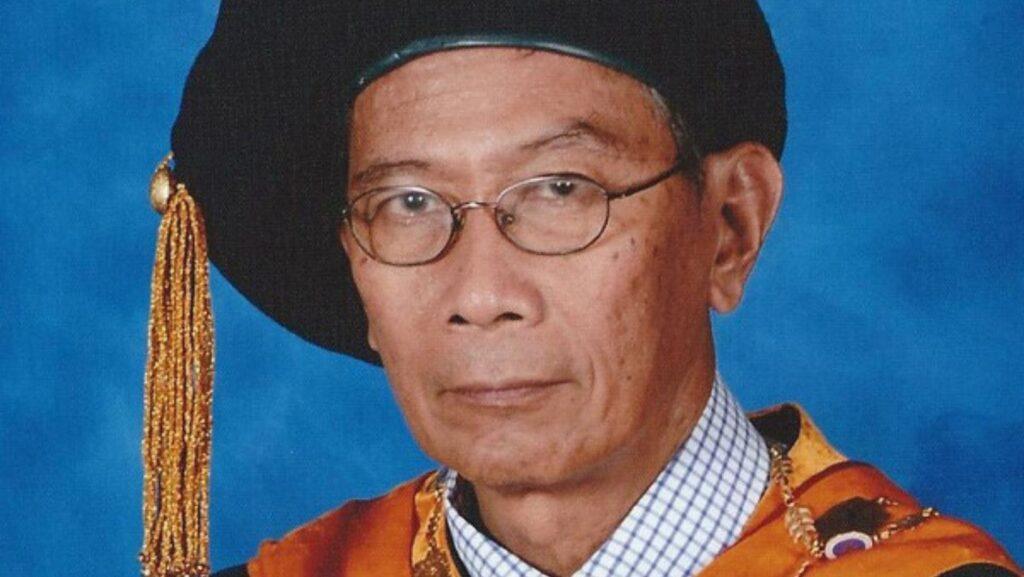 If someone were to ask you about what makes a good economist, what’s the first thing that would come to your mind?

Perhaps, it’s being a math wizard; after all, isn’t economics about numbers and mathematical models?

For National Scientist and economist Dr. Raul Fabella, though, the answer is far from it: “You should have tremendous patience.”

Dr. Fabella’s answer might strike you as mundane advice. But throughout his stint as a student, economist, and policy advocate, he encountered numerous setbacks firsthand. He knew the virtue all too well.

Prior to becoming an economist, Dr. Fabella entered the seminary in high school and college, in preparation for the priesthood. From there, he described his academic performance as something that many might find relatable. “I was never really at the bottom of my class, but I was never also on top.”

Far from the usual caricature of the “good economist,” he shared how mathematics scared him. “I had mental blackouts when I did long division in elementary,” Dr. Fabella admitted.

He gained his bachelor’s degree in Philosophy from the Seminario Mayor-Recoletos in 1970. As the final leg of his priestly training, he was supposed to go to Spain for theological studies. But then, he realized that it wasn’t the life that he wanted.

When he left the seminary in 1970, he had a change of plan. With no adequate mathematical expertise for the hard sciences, he considered going into the social sciences or business. He chose the latter. Still, he had to pick among its many sub-disciplines.

Interestingly, he chose economics for a reason that would foreshadow his future achievements in the said field.

“I had no special liking nor competence in economics. It’s just [that] at that time, may in-announce na bagong Nobel Prize: Sa economics, kaya napadpad ako doon,” he smilingly said.

He recalled that in 1969, the Nobel Prize in Economic Sciences was first awarded to economists Ragnar Frisch and Jan Tinbergen for their “development of mathematical formulations of economics.”

As for his math anxiety, economics gave Dr. Fabella a reason to love numbers. “I pushed myself to study and be on friendly terms with math – to feel at home in mathematics. And it became my companion to a greater extent. Not mathematics for its own sake, but mathematics as applied to social phenomena.”

He tried his luck at finding a job and getting accepted in different universities for his master’s degree, but got rejected several times.

He was finally accepted as a Rockefeller Fellow at the University of the Philippines (UP) where he earned his Master’s in Economics (1975). “Those many early rejections were lucky blessings,” he said.

Later, he took his Ph.D. in Economics at Yale University (1982) on a Rockefeller Fellowship and went back to teach at UP School of Economics. He became its dean for roughly a decade.

From Plato to Aristotle

Determined to understand human behavior, Dr. Fabella characterized his younger self as a social theorist. In a philosophical fashion, he was a Platonist researcher. “I thought that I could understand the world by simply building models mathematically.”

He shared how he’d sit down in coffee shops, silently observing everyone’s behavior. He’d then create economic models to explain his observations. During this time, he explored the classic economic concepts of cooperation and free-riding in society through Game Theory – the science of social interaction.

“Cooperation is extremely important in human relationships. The reason why certain societies are so successful is because they so readily cooperate at collective ventures or projects. Some other societies fail, because they’re not able to train their efforts together towards a collective end.”

Indeed, some societies with great emphasis on cooperation brought rapid development to their economies.

Take the case of Japan, for example. Its strong insistence on cooperation, which Dr. Fabella likened to the “ferromagnet effect” (where magnetism happens when all the spins of electrons point in one direction), propelled its post-WWII economy to become the second largest in the world, until China wrested the second spot in 2010. Unfortunately, it was what mobilized Japan to go to war and commit various atrocities during the war. Hence, it’s a double-edged sword, as this obsession with uniformity can go dark.

Worse, even its citizens could face the dire consequences of non-conformity. “When I was a visiting professor at the Kyoto University, an incident happened, which is quite unnerving. The incident involved four high school students. They lured their classmate to the forest, and they killed her. When asked why they did it, they had nothing very profound to defend themselves with. They simply said that she’s different. She dressed differently, that she had different norms,” he recounted.

Fascinated, he came up with attempts to explain a crucial feature of human behavior.

“Cooperation is subject to free-riding. The free-rider, most of the time, will gain at the expense of cooperators. What are the measures in society that reduce or diminish free-riding among its members? That’s an important question in the social sciences. In many of my works, I have elaborated on certain constructs that made cooperation the outcome of group interaction.”

Additionally, he wrote about his own take on the utility-possibility frontier (which Oxford Reference defines as “the maximum attainable levels of utility for the consumers in an economy, given the economy’s endowment and technology”), meant to bring the Nash bargaining solution (a well-known concept in economics from American mathematician John Forbes Nash) to “more egalitarian” — fairer — outcomes.

Now in his autumn years, he sees himself as Aristotelian. “[Now,] I know I cannot really reconstruct the world without empirical observations, without data from the world.”

Dr. Fabella’s research interests are incredibly vast, which include agricultural economics, exchange rate policy, international economics, political institutions, among others. He’s been also publishing journal studies and books for decades. In 2011, he was awarded the title of National Scientist for his remarkable contributions to economic thinking and policy. 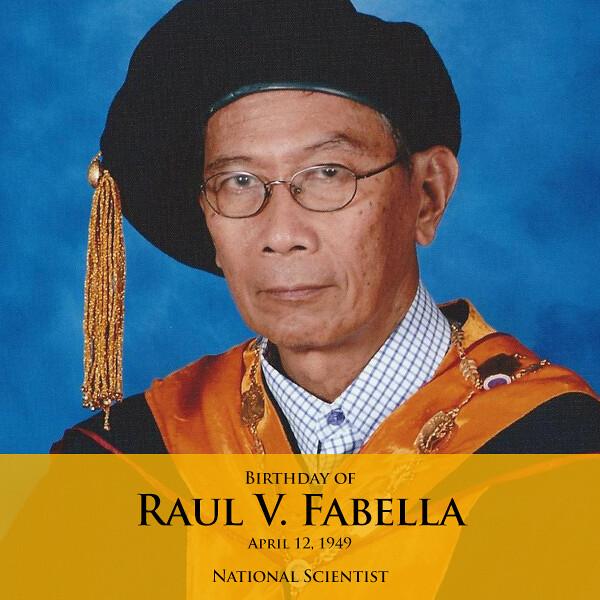 As an economist, Dr. Fabella recognizes the critical role of evidence-based policymaking. “Economics is much more than number crunching. First and foremost, economics is a social science. So, it deals with patterns and regularities in society that may be interesting for policymaking,” he said.

For decades, he’s been at the forefront of proposing major economic reforms in the country. And at times, his ideas would prove to be controversial.

One example is the Comprehensive Agrarian Reform Program (CARP), which facilitated land distribution among thousands of Filipino farmers for 30 years – one of the longest land reforms worldwide. Policymakers believed that by allowing farmers to cultivate their own land, the country will witness a boost in its agricultural productivity.

Dr. Fabella understood the importance of providing equity to farmers. However, after studying the available economic data, he began to oppose some provisions of CARP.

For starters, these provisions restricted the ownership ceiling to 5 hectares for all crops and sent the agricultural land market and farm credit underground. Such small-sized farms, he said, are untenable to produce certain crops, where economies of scale are important (when economic actors, for example, freely merge their resources to reduce operation cost and boost productivity). Worse, farm size shrinks further when the farmer-beneficiary’s descendants divide it among themselves.

Additionally, it forbids farmer-beneficiaries from selling or leasing their land for 10 years, until they’ve fully paid the land. Considering the meager income of farmers, Dr. Fabella said that this payment scheme could take forever.

Also, CARP grants farmer-beneficiaries with collective Certificate of Land Ownership Awards (CLOA) instead of individual land titles. Without a land title, farmers would have no assurance that they truly own the land. In essence, it removes the incentives for farmers to invest their resources in cultivating the land: Why bother to plant a mango tree, for instance, if someone else would own it the next day?

A land title has other vital economic functions, too. For one, its absence prevents individual farmers from having access to formal credit. In a developing country like the Philippines, credit from formal banks is another valuable source of capital. With this, farmers can buy more raw materials and technologies to boost the quality of their agricultural output and efficiency. Unfortunately, farmer-beneficiaries cannot use their lands as collateral under CARP. As a result, some would have no choice but to resort to illegal credit providers that exploit them through higher interest rates.

He proposes to undo these restrictions, firstly by issuing farmer-beneficiaries with land titles. Afterward, a new law should allow productive farmers and agricultural corporations to purchase or lease the less productive awarded lands and develop industrial-sized farms – economies of scale in action. In classic economic adage, this would let the free market decide the size of farms. He said that these steps will improve the country’s overall agricultural productivity, while providing stable income to employees of agricultural corporations.

Unsurprisingly, his proposal didn’t sit well with staunch supporters of CARP. “I was ridiculed everywhere in the press as the ‘lover of the oligarchs,'” he said.

But a 2019 international study by Adamopoulos and Restuccia seems to validate Dr. Fabella’s case. It concluded that CARP’s restrictions reduced Philippine average farm size by 34% and agricultural productivity by 17%.

Amended land reform is just one of Dr. Fabella’s ongoing advocacies. He knew that the road to success is often slow and partial. Regardless, he remains persistent.

“I characterize my advocacy life as 99% defeat and 1% victory. Most of my advocacies, however data-driven, have [either] languished, have been ignored or defeated. I’ve learned to grin and bear it. ‘Talo, oh sige, talo eh‘. But, we never stop. We just move on; we’ve tried our best anyway.”

He challenges future economists, particularly those who wish to engage in policymaking, to see economics beyond digits.

An effective economist, according to Dr. Fabella, is data-driven, intuitive, and a skilled storyteller.

“[For others,] economics is like applied math, but to me that is wrong. Because math is [just an] instrument. The most important [thing] that you [can] acquire in a good economics education, apart from evidence-construction, is intuition – good economics intuition, so that when you’re put in the marketplace and you’re asked to explain, you can draw on day-to-day language and simple anecdotes to explain your position. You cannot go to the marketplace and depend on graphs. You can’t.

“Numbers do have a message, but the message has to be communicated in a story form. Otherwise, it will have no meaning for the public and policymakers. You have to be a storyteller.” —MF