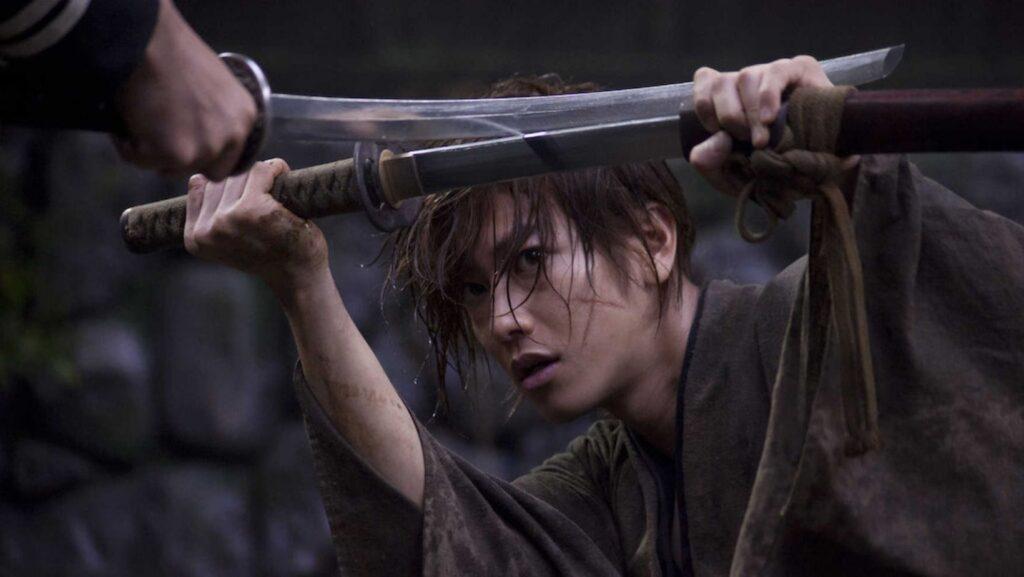 The Rurouni Kenshin franchise’s final live-action installment comes in the form of, interestingly enough, The Beginning. Set during the final years of the Edo period, The Beginning is an origin story, revealing how titular character Kenshin Himura (formerly known as the infamous Hitokiri Battōsai) got his iconic cross-shaped facial scar. It will also show why he ditched his normal sword for one with a reverse edge (sakabatou).

To mark this nearly decade-long adventure’s close, we looked at some things about our favorite red-haired Japanese swordsman that we didn’t quite understand. Take note that this is not nitpicking; we simply had some questions, such as…

Can a sakabatou even be made?

The short answer is yes, if we’re just talking about crafting a sword with the sharp and blunt sides reversed. 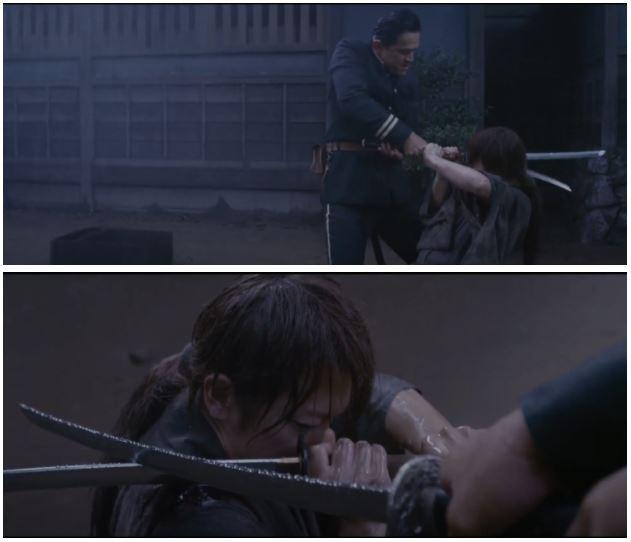 “What the f- is up with that sword?!” said almost every Kenshin opponent ever. (WB/Netflix)

The blacksmiths of Man at Arms: Reforged made their own version (which you can watch here), where they tried to follow how Japanese swords are known to be forged: multiple folding of metal before the blade’s shape is drawn out, application of clay on the blunt side, and quenching of blade to get the curve before it is sharpened.

Others offer machine-made swords, a lot of which can be found for sale online.

Presumably, however, Kenshin’s swordmaker Arai Shakku forged the sakabatou in a different manner, and there’s no way of knowing where the process deviates from the usual method of making a katana.

There’s a clue, however, from 2019, when the Meijimura museum held a Rurouni Kenshin exhibit with an actual reverse-edge sword on display. This was made by renowned Kanekuni Ogawa, and his insights highlight how the iconic blade follows a different path to existence.

Considering that the sharp edge is not where it traditionally is, there were challenges in almost every step of the way: from getting the wave pattern on the blade and nailing the curve right to making the blunt end’s ridgeline show properly. Sharpening the blade was also a struggle, since techniques were developed for a normal orientation.

But Japanese artisans being great at what they do, they eventually found a way.

How troublesome is the sakabatou, really?

Since the sakabatou’s sharp side is always facing Kenshin, that puts him at a disadvantage whenever he locks swords with his opponent. This was stressed by Saitou Hajime in the first movie when he sank the protagonist’s own blade into the latter’s shoulders. (Which is kind of the point of why he deliberately chose the reverse-edged blade, anyway.)

Kenshin’s stature is quite small, and his arms aren’t exactly packing guns like his foe from The Final, Enishi. In fights, whenever he’s not in an awkward position yet, he typically gets outmuscled into one.

Probably not the “Step on me, Mackenyu” scenario that some fans had in mind. (WB/Netflix)

But why would swordsmen get into this situation in the first place? For this, we sought answers from the only full-contact form of Japanese sword martial art practiced today, kendo, where a similar situation is called tsubazeriai.

“The idea is that the two swords are locked together through the tsuba (sword guards), and both kendoka (kendo practitioners) are trying to maneuver into a position where they can successfully make a ‘hiki waza,’ or a strike going backward,” explained United Kendo Federation of the Philippines president Kristopher Inting. This is different from popular culture swordsmanship, where the contact point is usually blade on blade.

At least Jinen was locking his opponent with his weapon’s tsuba. That’s what Kenshin gets for not finishing his training! (WB/Netflix)

Watching this position, it may look like a battle purely in strength, with both sides pushing against each other. But that’s not necessarily the case, at least in kendo.

“In proper tsubazeriai, the kendoka do not plant their feet and just push one another. It involves a lot of small foot, arm, and body movements to put the opponent out of position so that you can make a strike,” added Inting. “In many instances, a smaller kendoka can turn the strength of a larger kendoka against him by simply stepping to the side at the moment the larger kendoka pushes.”

Pressing your sword against an opponent like what Saitou and Enishi did in the movies is an illegal move in kendo. But since the movies were set before sportification happened, we’ll file that under sneaky tactics. Players can’t stay in tsubazeriai for too long in a kendo match as well, since a referee will break them up if they don’t on their own.

Also, while rare, hitting yourself with the back of your shinai or bamboo sword can happen if you’re at a positional disadvantage in kendo, and usually by accident if you’re not beginner, said Inting.

Or in Kenshin’s case, that would be whenever his opponent would like to chat mid-fight.—MF

Ronin is a Christmas-loving wandering scribe who wanted to be a doctor, until he learned it meant cutting dead bodies open. He is currently finishing his MA in Asian Studies (major in Japanese Studies), while teaching journalism classes at UP Diliman’s College of Mass Communication.