Why do religious statues cry?

Published on October 29, 2018 by Ingrid Espinosa 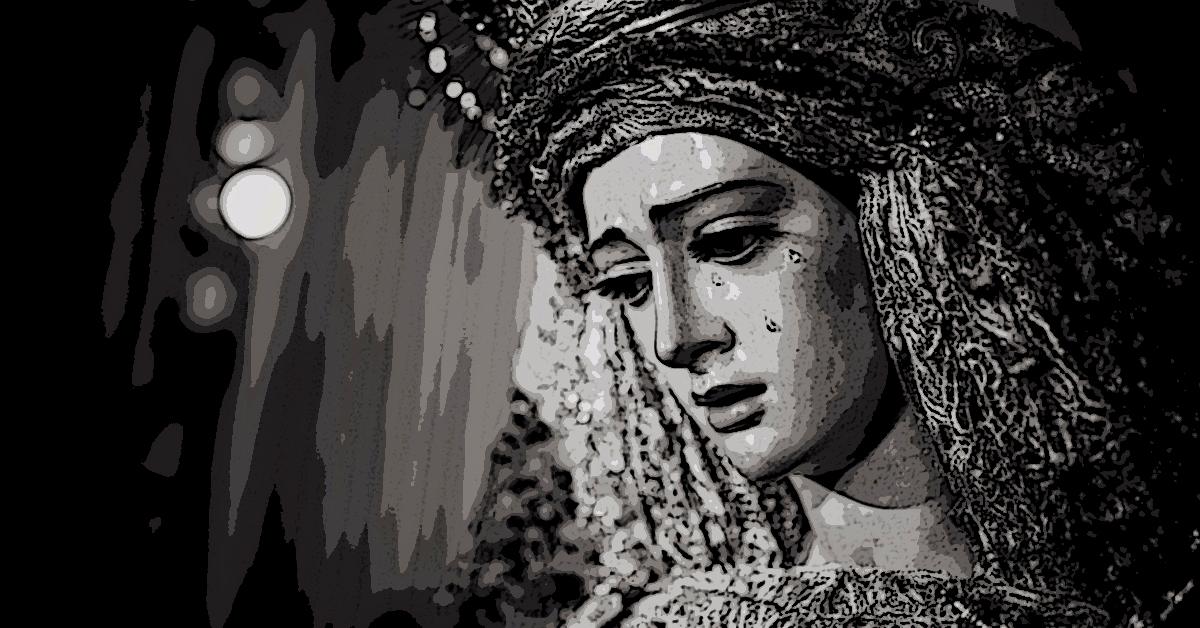 I remember how, when I was younger, we used to visit our relatives who lived in rather ancient-looking houses. You know, the ones that would typically have a hallway of little statues of the Mother Mary (and at least one Sto. Niño). I also remember wanting to close my eyes every single time.

Some kids find werewolves and vampires terrifying. Others sweat at the thought of unseen horrors making scratching sounds on their bedroom windows. Me? I get freaked out when religious statues do creepy stuff they’re not supposed to, like moving ever-so-slightly just as you turn your head, or crying, or pretty much doing anything at all.  And I’m pretty sure I’m not the only one who feels this way.

It brings me a bit of relief, though, to know that science can actually explain the weird stories about these so-called “weeping” statues.

One of the more common explanations for weeping statues is simple condensation. Some statues are made of different materials with varying densities. Water vapor in the environment tends to condense on cooler surfaces (which, in the case of these statues, are often found at the eyes).

Something similar also happens when concrete blocks of different densities get mysteriously moist. In fact, this phenomenon has been widely observed — enough to earn it the moniker “Sweating Slab Syndrome.” This also explains why a lot of statues in glass cases, especially in air-conditioned places, get a little misty sometimes!

In 19th-century Italy, peasants would sometimes find blood where it wasn’t supposed to be, such as on statues and even on communion wafers. However, in 1819, an outbreak of cursed “blood”-riddled polenta (an Italian boiled grain dish) prompted pharmacist Bartolomeo Bizio to take a closer look – and soon enough, he found not a creepy miracle, but bacteria!

Since then, that bacteria, called Serratia marcescens, has been better understood (and even used in a variety of ways). For instance, it’s been used as a marker in bioweapon dispersal (because of its red color). Later on, they found S. marcescens to be a potentially serious pathogen; in fact, it is one of the top 10 causes of hospital-acquired respiratory, neonatal, and surgical infections. It can also cause ocular keratitis, as it thrives in poorly cleaned contact lens cases. So make sure to clean your lenses properly, lest you become a “weeping” human (in more ways than one)!

Finally, one of the simplest “natural” explanations is… leaky pipes. (Seriously.)

When the crucifix at Our Lady of Velankanni (Good Health) Church in Mumbai started dripping water from its feet, many thought it was a miracle…until author Sanal Edmaruku noticed that capillary action (the ability of liquids to move in narrow spaces) from a clogged drain was the source of the “miraculous” dripping water. (Incidentally, the Catholic Church in Mumbai chased him for this. He is currently in exile in Finland. Yikes!)

Absorbed in the material and leaking

Of course, not all explanations are as innocent. Because they tend to attract pilgrims, human-assisted “weeping” statues have been secretly used in religious festivals, parades, and displays, to great effect. The scientific explanations behind them, however, are no less fascinating.

One very practical method is to inject the liquid into a statue made of plaster. Plaster is a porous, absorbent material, one that can hold the liquid. It also helps that statues are usually coated in glaze, which does not let liquid through. Scratching the statue at the eyes will allow liquid to seep through the plaster, creating the illusion of “weeping.”

A more “scientific” way is to mix oil and fat (or lard) and put it just at the eyes of the statue. Fats tend to have a higher melting point than room temperature, at about 20-25 C (or a little higher in the summer!). Cocoa butter melts at 34-38 C, while pure coconut oil melts at 25 C, meaning it is solid at lower temperatures.

(A quick peek at the chemistry behind it: Fats have a large proportion of saturated fatty acids which, if seen very closely, can be straight and long, and thus stick together better and pack tightly. This means that they require more energy (heat) to melt.)

Fats could conceivably be cooled first before application. Thus, even those that melt at room temperature could make a statue “weep.”

Perhaps unsurprisingly, the most mundane answer isn’t very scientific. (How they figured it out, though, certainly is!)

One of the first things done upon reports of crying statues is to run chemical tests to characterize the “tears” in question. Several times, red tears turned out to be blood, indeed… the blood of the fully human and very much alive owners of the statues (or other people within close proximity), that is! (In other cases, the “tears” turned out to be olive oil.)

Interestingly enough, the Vatican officially recognizes only only ONE instance of a crying statue. The Congregation for the Doctrine of the Faith or the Holy Office is in charge of investigating such reports, in order to maintain the integrity of the Church. The one report they do recognize? Our Lady of Akita in Japan, which has been associated with miraculous healings. Perhaps most impressively, the entirety of Japan has seen it weeping, via a live broadcast in 1973.

Hopefully, the next time you hear stories of crying religious statues, you won’t get as freaked out or baffled.

Ingrid is currently working in public health research but has also dipped her toes in various fields. She loves the intersection of science and art, and wishes to share her excitement at discovery and curiosity through writing, in the hopes everyone will share appreciation of these as well.