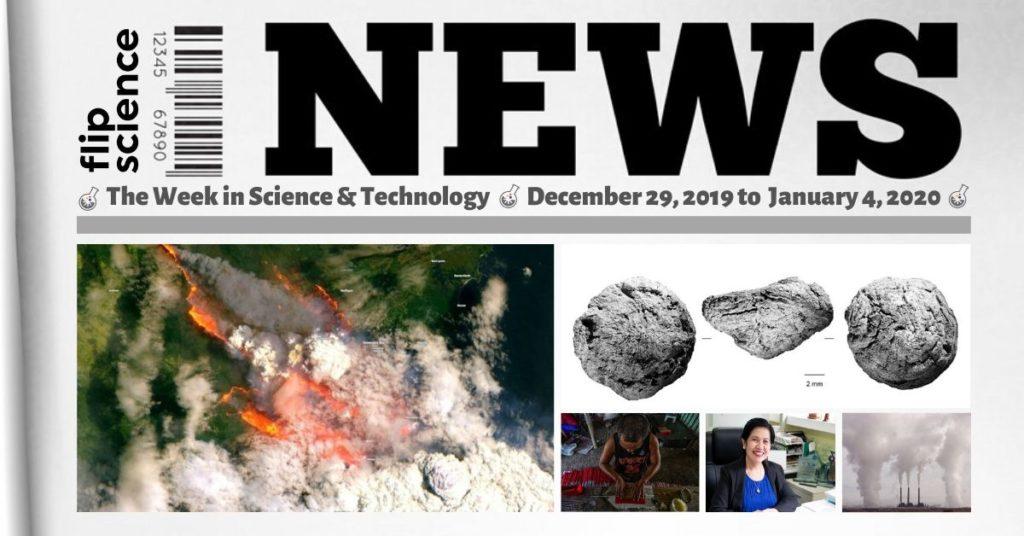 From The Philippine Star:

A day after the New Year’s Eve revelry, the Department of Health (DOH) has reported 124 new cases of fireworks-related injuries (FWRI), which increased the total to 288 since Dec. 21.

The DOH’s Epidemiology Bureau said the 288 cases, however, are still about eight percent lower than the 313 incidents recorded for the same period in 2018.

Prof Sarah Legge, of the Australian National University, said the prognosis for the Kangaroo Island dunnart was “not good” and its plight was symbolic of what was happening all across the east coast of Australia.

“Many dozens” of threatened species had been hit hard by the fires, she said. In some cases “almost their entire distribution has been burnt”.

So far, the Australian bushfire season has burned through about 5.8m hectares of bush, known across the world for its unique flora and fauna.

Ecologists say the months of intense and unprecedented fires will almost certainly push several species to extinction. The fires have pushed back conservation efforts by decades, they say, and, as climate heating grips, some species may never recover.

Some of the effects of air pollution on health are well documented -lung cancer, stroke, respiratory diseases, and a long etcetera- but for others there is less scientific evidence. Such is the case of bone health: there are only a few studies and results are inconclusive. Now, a study in India led by the Barcelona Institute for Global Health (ISGlobal) has found an association between exposure to air pollution and poor bone health.

Early humans tucking into cooked carbs as long as 170,000 years ago

Early humans were cooking plant-based, carbohydrate-rich foods around 170,000 years ago, according to new evidence.

Archaeologists have found charred remains of starchy plant parts at an archaeological site in Border Cave, located near the border between South Africa and Swaziland.

They say the remnants, believed to be from thick underground plant stems known as rhizomes, provide the earliest direct evidence of roasting of plants packed with carbohydrates.