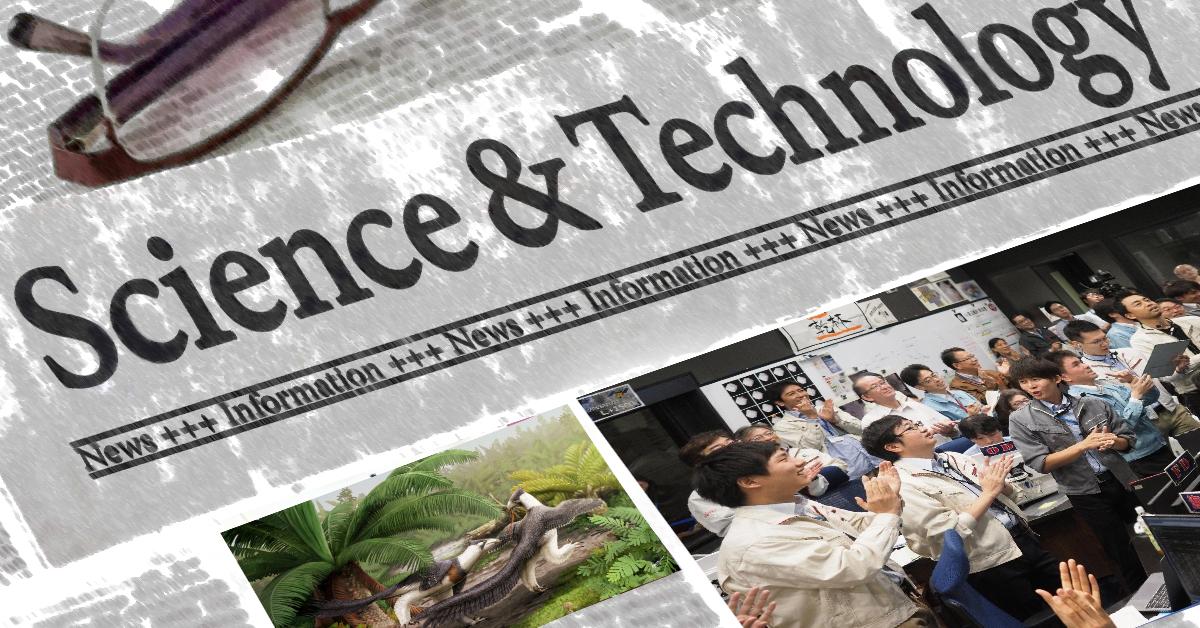 From the Philippine News Agency:

Department of Science and Technology (DOST) Secretary Fortunato dela Peña on Wednesday cited the various strategies to address the challenges in the country’s carrying capacity.

During the two-day National Academy of Science and Technology’s (NAST) annual scientific conference in Ortigas, Pasig City, dela Pena noted the DOST has developed different technologies and researches to address the matter.

He defined the carrying capacity as the maximum capacity of an ecosystem to sustain and support a population with a tolerable sustained damage.

Dela Pena said prior to the annual scientific meeting, NAST has partnered with DOST regional offices to hold meetings to discuss these key topics. 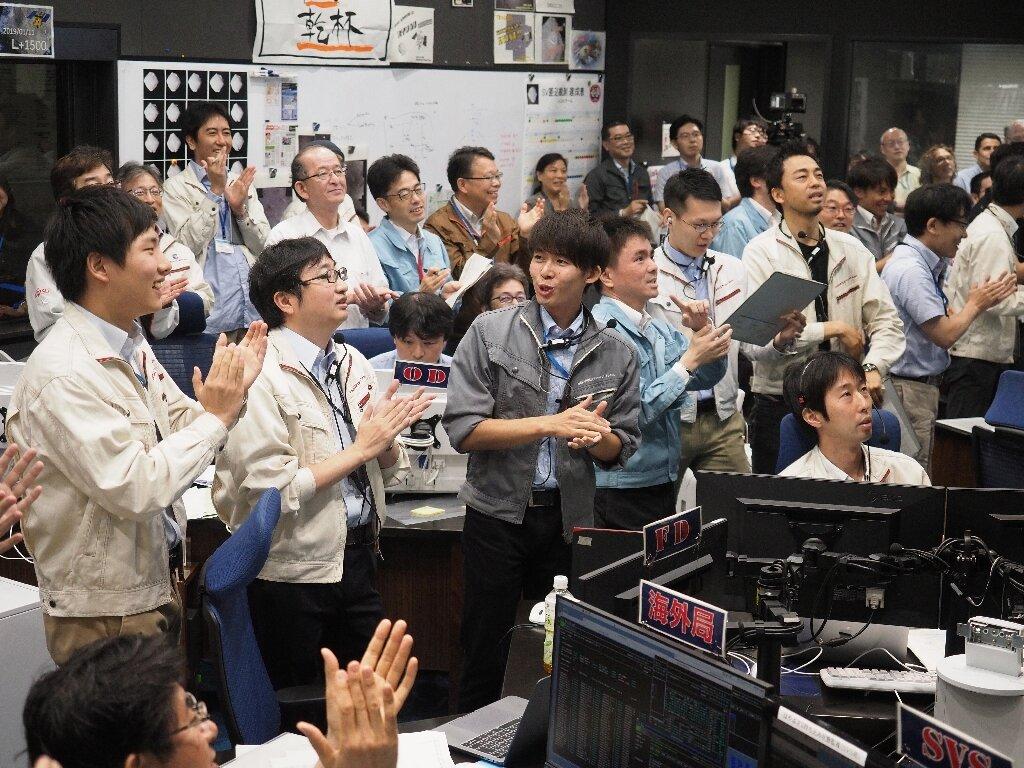 The successful landing marks Hayabusa2’s second time to touch down on the Ryugu asteroid. (Image: Phys.org/AFP)

Japan’s Hayabusa2 probe made a “perfect” touchdown Thursday on a distant asteroid, collecting samples from beneath the surface in an unprecedented mission that could shed light on the origins of the solar system.

“We’ve collected a part of the solar system’s history,” project manager Yuichi Tsuda said at a jubilant press conference hours after the successful landing was confirmed.

“We have never gathered sub-surface material from a celestial body further away than the Moon,” he added.

“We did it and we succeeded in a world first.”

Hidden underground networks of plant roots snake through the earth foraging for nutrients and water, similar to a worm searching for food. Yet, the genetic and molecular mechanisms that govern which parts of the soil roots explore remain largely unknown. Now, Salk Institute researchers have discovered a gene that determines whether roots grow deep or shallow in the soil.

In addition, the findings, published in Cell on July 11, 2019, will also allow researchers to develop plants that can help combat climate change as part of Salk’s Harnessing Plants Initiative. The initiative aims to grow plants with more robust and deeper roots that can store increased amounts of carbon underground for longer to reduce CO2 in the atmosphere. The Salk initiative will receive more than $35 million from over 10 individuals and organizations through The Audacious Project to further this effort.

This prehistoric bird had a weirdly long toe 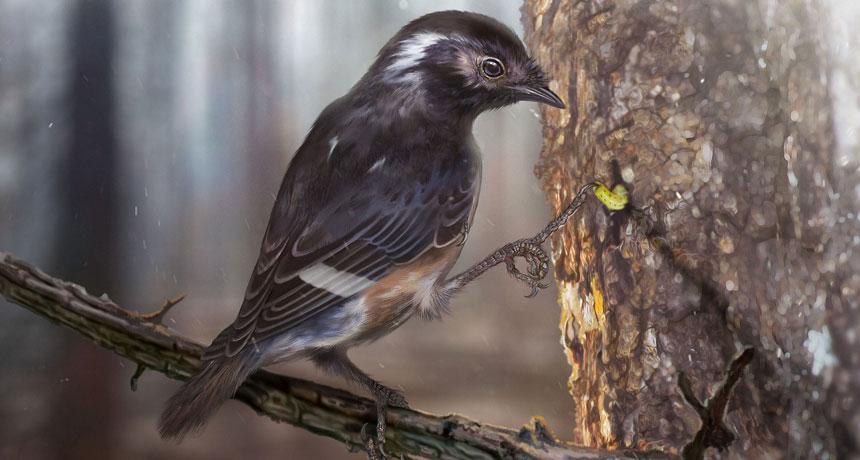 There once was a little bird, smaller than a sparrow, that lived about 99 million years ago. And it had a freakishly long toe.

Researchers found the ancient bird’s right leg and foot preserved in a chunk of amber. Its third digit is 9.8 millimeters long, about 41 percent longer than its second-longest digit — and 20 percent longer than its entire lower leg. This foot morphology is unique among any known bird species, whether modern or Mesozoic, the team reports online July 11 in Current Biology. Although it’s not clear what purpose the extra-long toe served, the digit may have helped the bird find food in hard-to-reach places, such as through a hole in a tree. 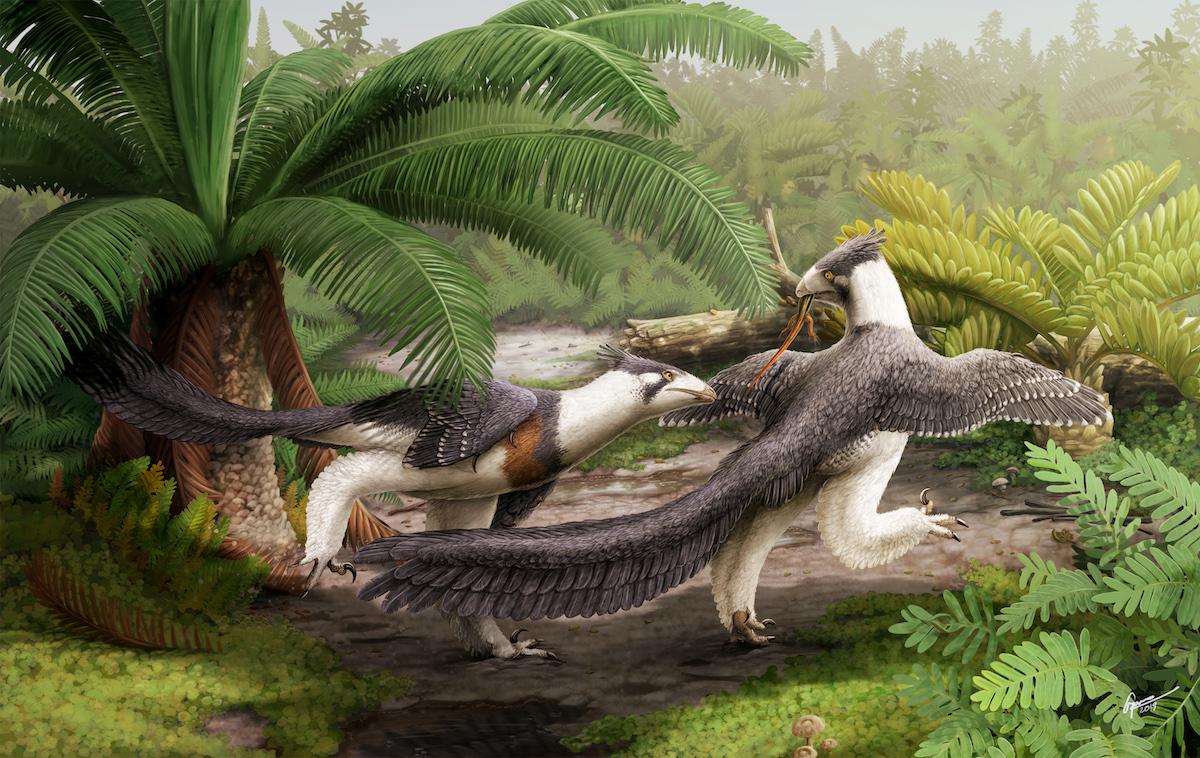 From University of Wisconsin-Madison:

There are dinosaurs with feathers, but no wings, and dinosaurs with feathery wings that couldn’t fly. Years of study and an abundance of new fossils in recent decades have left researchers making their best predictions as to whom is related to whom, and just where birds first emerged has remained elusive.

Now, a small, chicken-sized dinosaur discovered by accident while excavating a much larger dinosaur in the Morrison Formation of Wyoming is helping researchers sort out these challenging family dynamics.

That dinosaur, Lori, is the oldest winged dinosaur ever found in North America and the smallest dinosaur found in Wyoming. She is the subject of a study published [onJuly 10, 2019] in the journal PeerJ. And due to the diligence of the team that discovered her and work led by University of Wisconsin–Madison graduate student Scott Hartman, she is helping researchers better understand the evolutionary relationship between modern birds and dinosaurs.