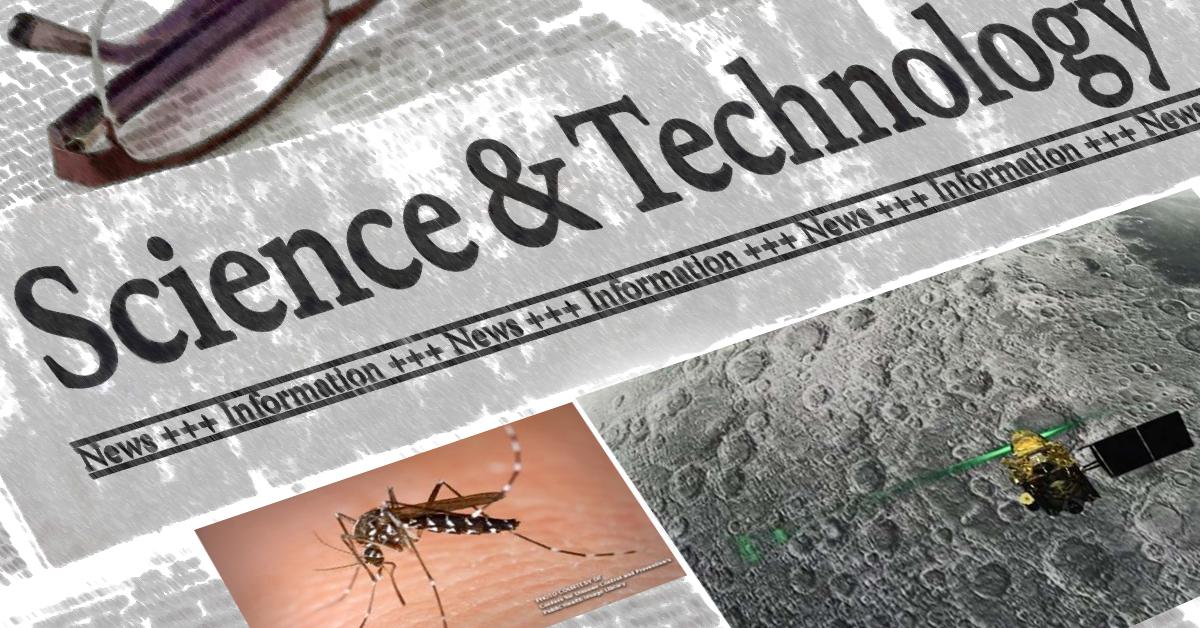 ICYMI: Science and technology updates from September 1 to 7, 2019.

Dengue fever has already killed 53 people in Eastern Visayas region (Region 8) while confirmed cases have reached 17,670 from January to August 31 or more than three-fold the actual cases diagnosed last year.

This year’s figure reported by the Department of Health regional office on Friday is 327.12 percent higher compared to the same period in 2018 when only 4,134 cases were recorded. There were only 26 deaths from January to August last year.

Vaping-related lung disease kills at least five in US

At least five people have died in the United States after vaping, officials said Friday, in an outbreak that has sickened hundreds with severe pulmonary disease and left several teens in induced comas.

Federal officials said that no single substance has been found to be present in all the laboratory samples being examined, however investigators in New York said they were now focusing on black market cannabis e-cigarette products containing vitamin E oil.

There are now more than 450 possible cases of pulmonary illness associated with vaping, more than double the figure reported last week, according to Ileana Arias, acting deputy director for non-infectious diseases at the Centers for Disease Control and Prevention (CDC).

A consumer group has claimed that the Rice Liberalization Law has brought more problems than solutions that may eventually lead to a market failure.

According to Samahan at Ugnayan ng mga Konsyumer para sa Ikauunlad ng Bayan (SUKI), the law did not significantly reduce rice prices and worse, the country is flooded with substandard grains.

Aside from this, the group claims that the law has made the situation worse for local rice farmers, who have been disadvantaged by the low prices of imported rice — even if their products are of a higher quality.

The Philippines and China will collaborate on science and technology projects under agreements signed during the China visit in August of President Duterte. These include an exchange of scientists and training programs for Filipino technicians on applicable technologies developed by China.

India’s space programme suffered a huge setback Saturday after losing contact with an unmanned spacecraft moments before it was due to make a historic soft landing on the Moon.

Blasting off in July, the emerging Asian giant had hoped to become just the fourth country after the United States, Russia and regional rival China to make a successful Moon landing, and the first on the lunar South Pole.

But in the early hours of Saturday local time, as Modi looked on and millions watched nationwide with bated breath, the Vikram lander—named after the father of India’s space programme—went silent just 2.1 kilometres (1.3 miles) above the lunar surface.