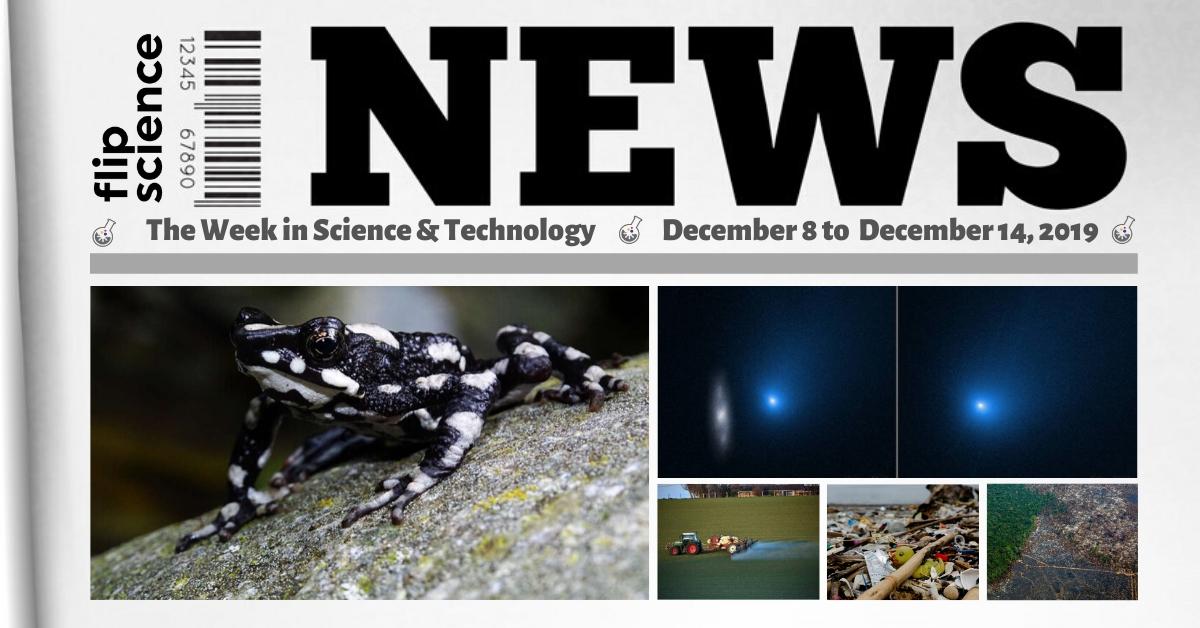 A controversial pesticide linked to developmental problems in humans will be definitively banned in the European Union (EU) in 2020 after a vote on Friday by member states, the European Commission said.

The commission, the EU’s powerful regulator, had proposed for non-renewal of the chemical agent following an assessment by the European Food Safety Agency (EFSA) that had confirmed “risks to human health.”

Eight EU countries have already banned products containing chlorpyrifos, which is commonly used in farming. The American state of California also banned them in August.

Amazon deforestation up by 104 percent

Deforestation in Brazil’s Amazon in November surged by 104 percent compared to the same month in 2018, according to official data released Saturday.

The 563 square kilometers (217 square miles) deforested that month is also the highest number for any November since 2015, according to Brazil’s National Institute for Space Research (INPE), which provides official data on deforestation.

That is considered a significant increase, particularly during the rainy season, when deforestation generally slows.

For the first 11 months of the year—also the first months in office of Jair Bolsonaro, a far-right leader who has eased restrictions on exploiting the Amazon’s vast riches—deforestation totaled 8,974.3 square kilometers.

The data was collected by the satellite-based DETER system, which monitors deforestation in real time.

Strange visitor from space: the first identified comet from another star

Comet 2I/Borisov is a mysterious visitor from the depths of space — the first identified comet to arrive here from another star. Hubble images capture the comet streaking though our solar system and on its way back to interstellar space.

We don’t know from where or when the comet started heading toward our Sun, but it won’t hang around for long. The Sun’s gravity is slightly deflecting its trajectory, but can’t capture it because of the shape of its orbit and high velocity of about 100,000 miles per hour.

Comet 2I/Borisov is only the second interstellar object known to have passed through the solar system.

Scientists aim to use sunlight to break down plastic

Scientists said Wednesday they have come up with an environmentally-friendly method that uses artificial sunlight to transform plastic into power-generating chemicals, as countries worldwide battle to reduce waste.

Huge quantities of plastic have piled up on land and been dumped in the sea across the world, with Asian nations in particular facing criticism for failing to tackle the problem.

Researchers in Singapore say they have converted plastic into “formic acid”, which can be used in power plants to generate electricity, by using a catalyst which neither damages the environment nor costs a lot of money.

In lab experiments, researchers from the city’s Nanyang Technological University mixed plastic with chemicals to form a solution, which could then be broken down by artificial sunlight.

The plastic was broken down in 6 days, and scientists hope the process can be carried out in future under real sunlight.

Biologists have seen the Starry Night Harlequin Toad for the first time in almost three decades, after it had been presumed extinct. Although, judging by its stunning black-and-white-spotted appearance, it’s hard to see how it remained so elusive for all these years.

The long-lost toad was recently documented on Colombia’s Sierra Nevada de Santa Marta, the tallest coastal mountain range on Earth, by a team of researchers from the NGO Fundación Atelopus, partners with Global Wildlife Conservation, and the indigenous Arhuaco people of the Sogrome community.