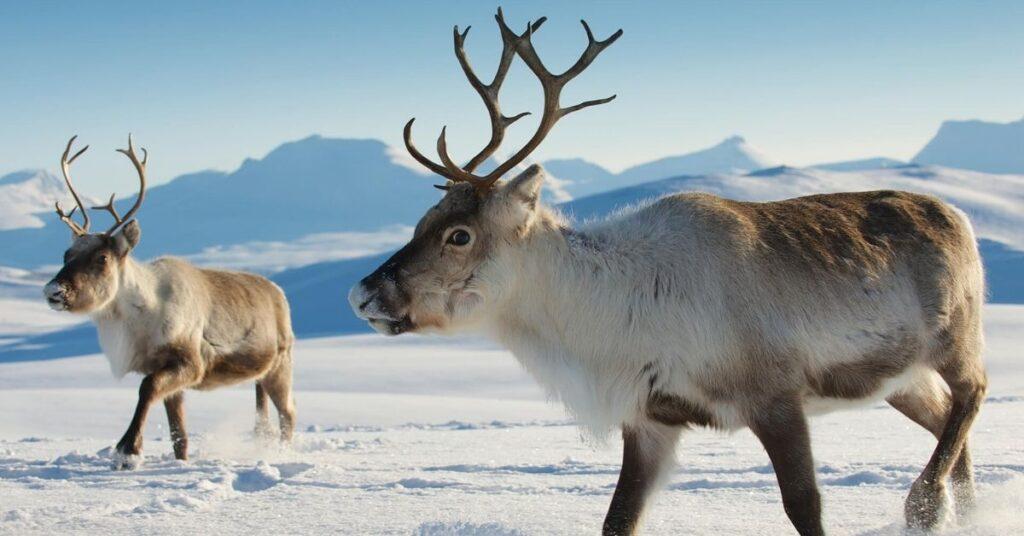 Timeless Yuletide tunes and tales have cemented the mystical, almost mythical place of the reindeer (𝘙𝘢𝘯𝘨𝘪𝘧𝘦𝘳 𝘵𝘢𝘳𝘢𝘯𝘥𝘶𝘴) in popular culture. And while these uncanny ungulates can’t actually make their noses glow on the same level of brightness as Rudolph’s, they do have something else that they could show off at Christmas parties: a particularly cool eye trick that no other mammal can do, apparently.

During the warm days of summer, reindeer have gold-colored eyes. However, when the bright, sunny season gives way to the dark Arctic winter, their golden eyes shift to a deep, rich blue. This change takes place in the tapetum lucidum (TL), a shiny layer of tissue under the retina that helps certain animals see under low light conditions. The TL is a retroreflector, meaning it gives the eye a second shot at detecting any light missed by the retina’s light-sensitive (photoreceptor) cells by reflecting it back towards the retina.

According to scientists, reindeer increase pressure inside their eyeballs during wintertime to squeeze out fluid from the TL. This reduces the spacing between the TL’s collagen fibers, and the resulting compression makes them reflect blue light instead of yellow. (While some experts aren’t completely convinced, there’s enough evidence to suggest that it’s the most likely explanation.) This also makes their eyes a thousand times more sensitive to light, enhancing their ability to hunt for food or spot predators in the extended winter darkness.

This probably explains why they’re so good at dodging chimneys, too. Well, that and the fact that they can’t really fly. (Or can they?)