The way these flowers attract bees is simply brilliant

Published on November 14, 2017 by Tomas Pedrosa 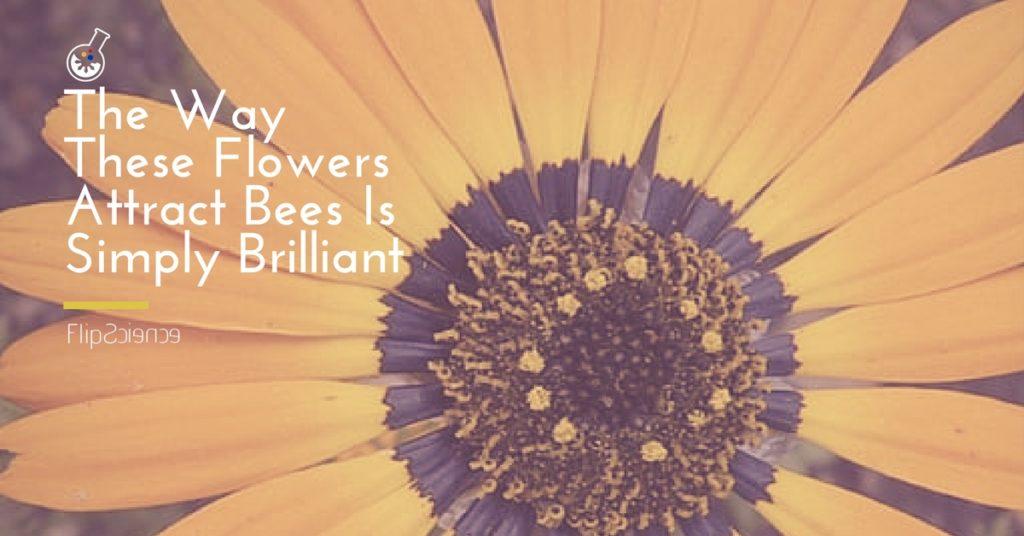 While flowers are generally pleasing to human eyes, research shows that they may be on an entirely different level of attractiveness for bees.

Recent findings show that certain species of flowering plants contain special ridges on their petals. These ridges scatter bluish light over the blossoms–a feat accomplished through variations in height and spacing. It may not be as obvious to the naked human eye, but to potential pollinators–bees in particular–it’s as clear as the light of day.

As explained by Professor Beverley Glover, study co-author and an educator from the University of Cambridge:

“The exciting thing is that it is a new optical trick – we didn’t know that flowers could use disorder to generate a specific colour, and that is quite clever. Computer models revealed the blue halo depends not on the architecture of the ridges, but on their level of disorder. The discovery has its roots in previous work from Glover’s team which revealed that tiny ridges on the petals of certain plants could diffract, or bend, light, giving them an iridescent sheen.”

Documented in the journal Nature, the team studied this phenomenon extensively, from its occurrence in other species to its effect on its environment. The researchers gathered 12 petals of varying species from across the flowering plant family tree, ranging from golden bartonia (Mentzelia lindleyi) to the dark tulip (also known as the “Queen of the Night”). Then, they closely examined each of the petals’ properties under a telescope. 11 of the samples were from fresh sources, prompting the researchers to observe their effect on the light around them.

The power of flowers

It became clear in time that there were differences among species, all the way down to the nano-level. Some had different heights in their ridges, while others were spaced in varying lengths. However, all of them boasted a weak iridescent sheen. During these experiments, the team discovered something fascinating: a blue halo. Blue and ultraviolet light were scattered by the ridges, causing a phenomenon visible to humans (if the floral’s pigments are dark enough). As Glover explains:

“Further work using computer models revealed that the blue halo depends not on the specific architecture of the tiny ridges, but on their level of disorder—in other words the degree of variation in their heights or spacings.”

The team constructed a series of small squares with differently colored pigments and surface textures. While one type had a smooth surface, another had ridges that produced an iridescent sheen, and a third type had ridges that resulted in a blue halo. Afterwards, they let the bumblebees loose, with each bee in turn presented with two types of black square. One was coupled with a sweet mixture, while the other was bitter.

The bees could easily tell which of the two squares came with a sweet surprise, even when the researchers rearranging the squares after every run. This suggests that the bees may be able to see the illusion even without the iridescent sheen.

It becomes even more impressive when they could spot the same image from flowers with a yellow hue. Species with this color are extremely difficult for the naked eye to see.

It is also suggested that the blue halo enhances their foraging efficacy, as they moved quicker on those squares compared to the others.

“I think it is just another way to make ‘blue’—it is quite hard to make blue with chemical pigments, so maybe lots of flowers have come up with this other way. Even though it is not really visible to my eye, it is a trick of the light that works pretty well for the bees, because they can see those flowers really well.”

The team say that the presence of tiny ridges on the petals across the family tree of flowering plants suggests these nanostructures evolved independently. They believe that this ability particularly caters to bees’ unique ability to see blue and UV light. –MF