Phyllium bonifacioi: the leaf insect named after the Supremo 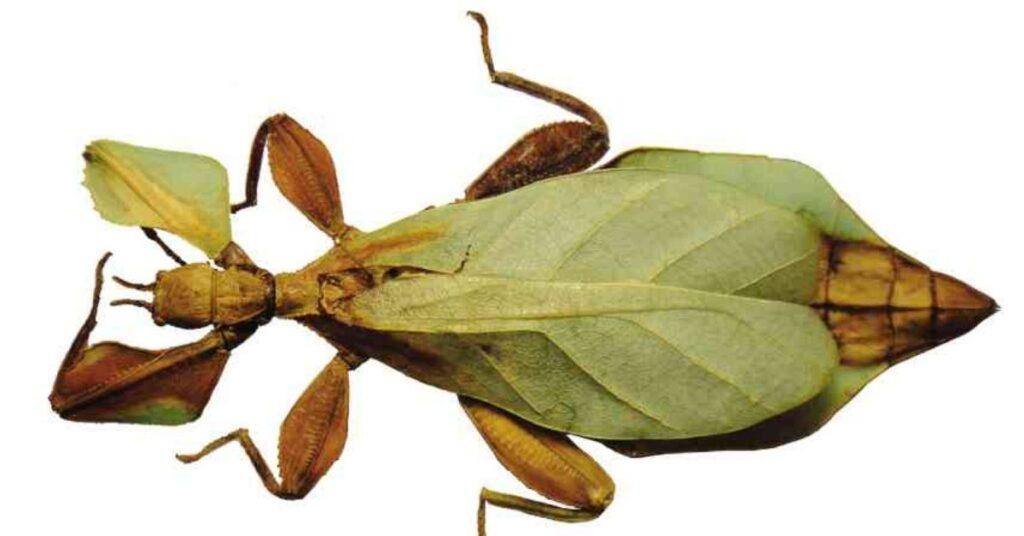 First discovered in 2011 during an expedition in Northern Luzon, Phyllium bonifacioi is the tenth species under the genus Phyllium (said to be the largest and most widespread group in the leaf insect family, Phylliidae) found in the Philippines.

P. bonifacioi possesses an apple-green or cyan-green body, segmented antennae, forelegs roughly twice the length of its head, midlegs and hind legs slightly longer than its forelegs, and “well-developed” wings that make it resemble a leaf. As a defensive measure, females of the species can emit a foul odor.

It takes three months for P. bonifacioi to grow from egg to adulthood. An adult P. bonifacioi measures 10 mm in length (about as wide as a fingernail, or as long as a staple).

Sadly, it is possible that the species can be classified as “vulnerable to extinction.” Aside from its seemingly low distribution, only half hatch from the 20 eggs it lays (a number that is said to be “relatively low” for insects to begin with).