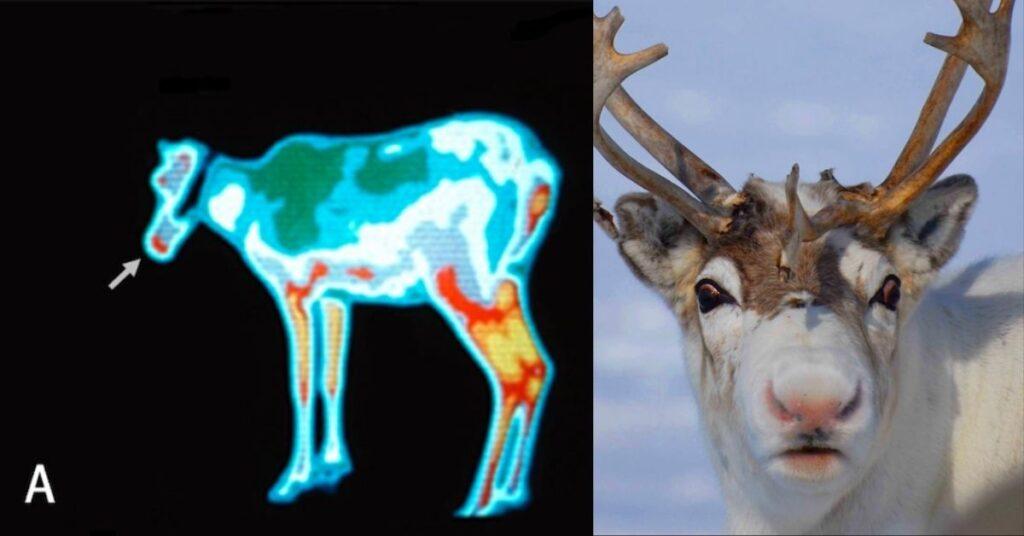 Inspired by Rudolph the red-nosed reindeer, a team of researchers from the Netherlands and Norway conducted a small but fun study in 2012: They wanted to find out why the famous fictional figure would have a shiny scarlet sniffer in the first place. As it turns out, Rudolph’s magnificent muzzle does have some basis in scientific fact—a discovery the team made thanks to a treadmill, a thermal camera, and of all things, cocaine.

With five human volunteers and two reindeer as their subjects, the researchers 𝘯𝘰𝘴𝘦𝘥 around and found that reindeer had a 25% higher concentration of blood vessels in their noses than humans. This extremely dense array of blood vessels helps them maintain a steady supply of blood and regulate their temperature in freezing environments.

Here’s where the experiment gets really interesting: The researchers applied 100 mg of cocaine (which, as the researchers described in their paper, is “a drug routinely used in ear, nose, and throat medicine as a local anaesthetic and vasoconstrictor”) inside the nasal cavity of one of the human volunteers to see how much the blood vessels inside would change. Through this, they obtained data that they could use to compare nasal blood flow between the two test species. (Granted, they probably didn’t need to do this if they just wanted to study the reindeer’s noses, but still. For science!)

Afterwards, they had the reindeer run on a treadmill, using a thermal camera to generate infrared images. They subsequently identified the parts of reindeer’s bodies that heat up the most after heavy physical activity: the hind legs and the nose, reaching temperatures of up to 75°F (23.88°C) as they expel body heat post-exercise. So yes, the reindeer’s noses “glowed” in the thermal images (but not so much in real life).

Basically, all of the other reindeer weren’t really in a position to laugh at poor Rudolph and call him names. At least, according to science.

Today’s Science History Milestone: On December 28, 1895, German physicist Wilhelm Röntgen published his findings on a new type of radiation he discovered — one that would later be known as X-rays.