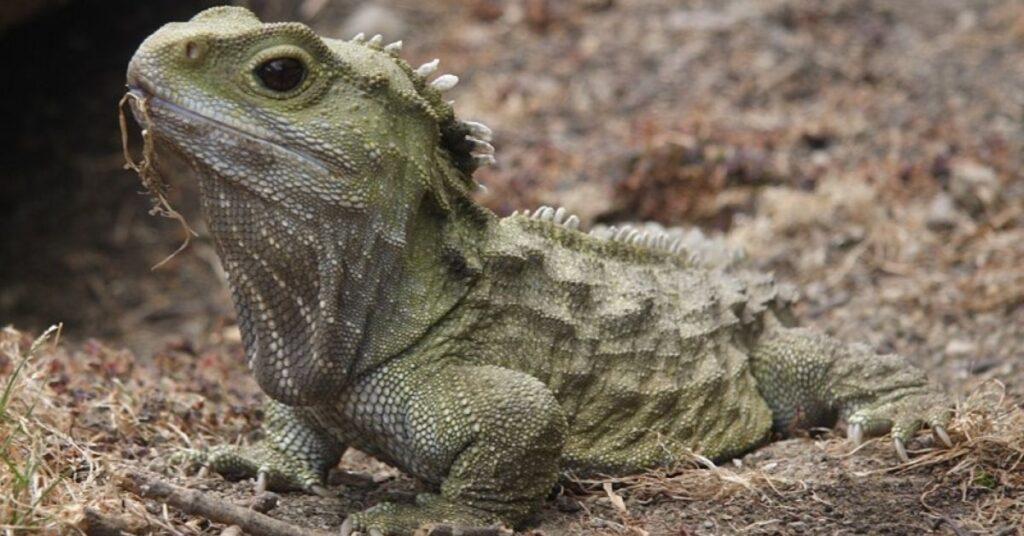 Meet the tuatara (Sphenodon punctatus), a unique creature that looks somewhat like a cross between an iguana and a dinosaur. It’s the last extant representative of its order – and it has a third eye, sort of.

This little fellow may look like a lizard, but it’s not. It’s actually the last living member of the lizard-like reptilian order Rhynchocephalia. This group first showed up around 240 million years ago. (Yes, older than the dinosaurs, the earliest types of which started walking the Earth approximately 233 million years ago.)

Some even refer to the tuatara as a “living fossil,” and with good reason: It has remained (mostly) unchanged since its heyday.

The tuatara’s name comes from a Māori word that means “peaks on the back.” This spiny reptile possesses a third eye, called a parietal eye, located at the top of its head.

While this extra eye does have a retina, lens, cornea, and nerve endings, the tuatara doesn’t use it to see. Scientists still aren’t sure about its exact purpose, although it’s been theorized that the eye helps the animal absorb ultraviolet rays and set its body clock.