Air pollution may be dimming prospects for solar panels 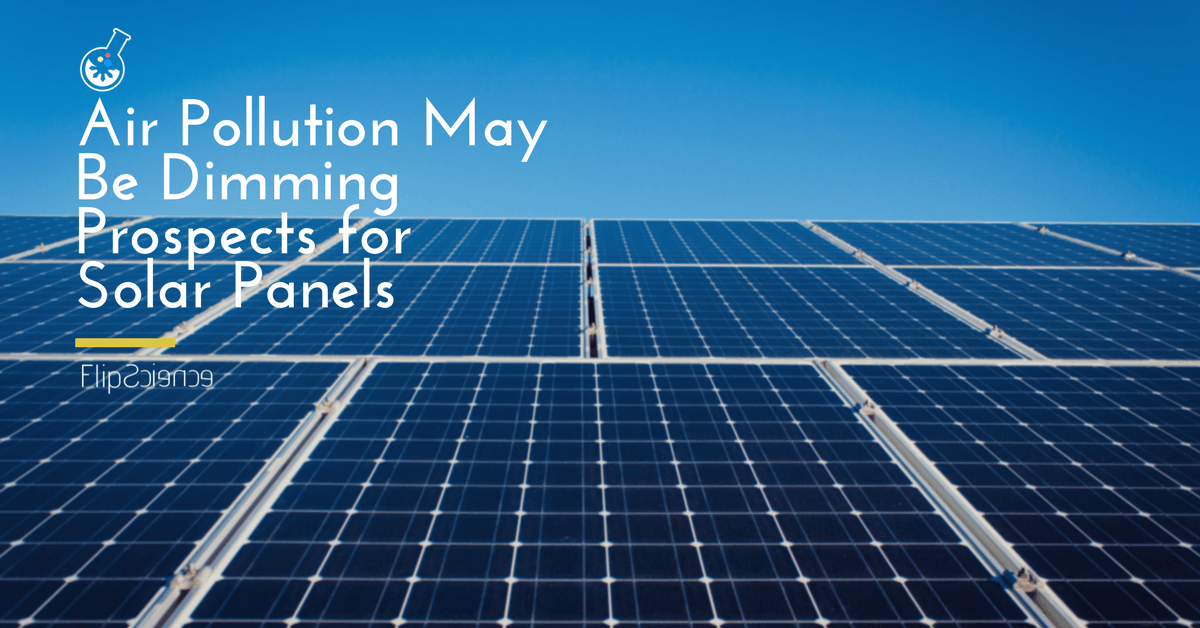 If a recent study from the journal Environmental Science & Technology Letters is any indication, humanity has hit yet another snag in its journey towards using solar panels to harness renewable energy: air pollution.

Led by Duke University’s Michael Bergin, the researchers examined the photovoltaic solar panels at the Indian Institute of Technology-Gandhinagar (IITGN).

The team measured both the decrease in solar energy output and the accumulated surface grime over several months.

According to the study’s findings, particulate matter from the atmosphere — carbon and ion pollutants generated by fossil fuel consumption, biomass combustion, and other human activity — comprise about 8% of the muck on the uncleaned solar panels.

“My colleagues in India were showing off some of their rooftop solar installations, and I was blown away by how dirty the panels were,” explained Bergin. “I thought the dirt had to affect their efficiencies, but there weren’t any studies out there estimating the losses. So we put together a comprehensive model to do just that.”

Strange as it may sound, these tiny man-made particles are more effective at obstructing light than natural dust particles. Thus, despite their relatively low percentage in the overall composition of solar panels’ surface grime compared to dust, man-made pollutants significantly contribute to the loss in solar panels’ energy efficiency.

Even cleaning the panels is problematic, claimed Bergin, as he advised to not wipe or scrub them. “The more you clean them, the higher your risk of damaging them.”

“The man-made particles are also small and sticky, making them much more difficult to clean off,” Bergin added.

Unsurprisingly, the regions with the heaviest investment in solar power are also the most vulnerable to this problem. These include Eastern China, Northern India and the Arabian Peninsula. Compared to the United States, these regions have much more to lose. Estimates place between 17% to 35% per year, based on how frequently they clean their panels.

China currently controls about 50% of the world’s new solar panels. Man-made particles alone can easily cost the country beyond a billion dollars each year in solar energy loss.

“We always knew these pollutants were bad for human health and climate change,” Bergin said. He believes that this necessitates the adoption of emissions controls worldwide. “[N]ow we’ve shown how bad they are for solar energy as well.”

Solar energy in the Philippines

The Philippines’ geographical location makes it ideal for adopting solar panels and other methods of harnessing renewable energy. This is evident in such innovations as SINAG, the country’s first solar-powered car. A solar-powered bus, the Green Bus, began operating in Baguio in June 2016. However, unless we take concrete action to remedy the high level of pollution in the Philippines, the future of solar energy in the country will continue to grow darker. — PM