Understanding the basics of the Internet of Things 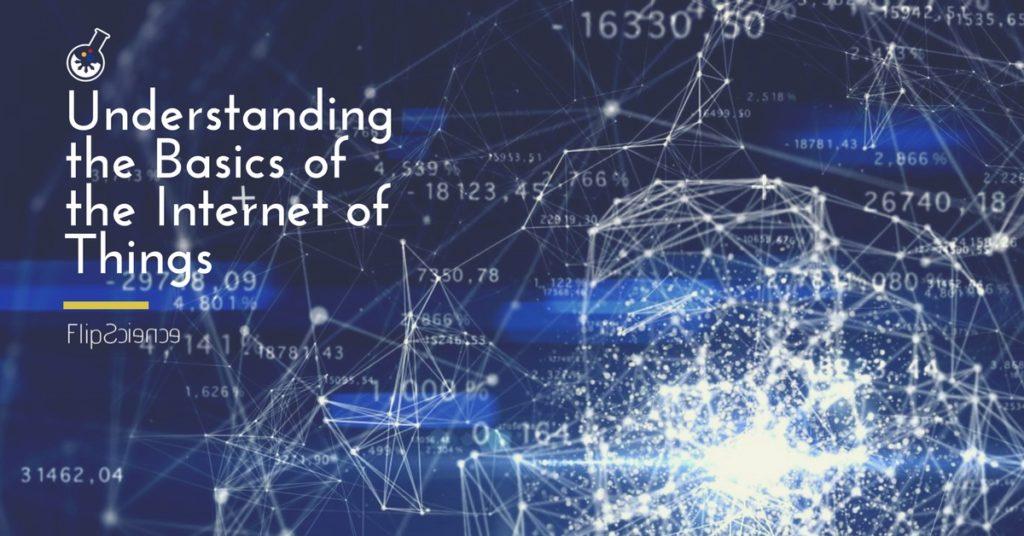 What if your refrigerator could tell when you’re already running out of food AND notify your phone to order more? What if your watch could instruct your television to turn itself off right before bedtime? Or what if your car could receive advance warnings about road hazards and tell you to slow down — or slow down on its own, in case you don’t?

These scenarios are likely familiar to any science fiction fan. For quite some time, these ideas seemed to be nothing more than distant fantasies. Now, though, the tech industry is finally making them a reality, thanks to the so-called “Internet of Things” (IoT).

An internet of things that “talk” to each other

The IoT, also known as the Internet of Everything (IoE), is a global topic of discussion, and with good reason. This futuristic concept promises to create a significant impact on society, and even change life as we know it.

The term “Internet of Things” was born when innovator and consumer sensor expert Kevin Ashton used it as the title of his presentation at Procter & Gamble (P&G) in 1999. His presentation was about Radio Frequency Identification (RFID), which was a new idea at the time. RFID uses radio waves to automatically identify a person or object, and is typically used in the supply chain (e.g., inventory tracking).

Ashton’s vision helped shape IoT’s purpose: To empower computers “to observe, identify, and understand the world – without the limitations of human-entered data.”

The concept is pretty straightforward: Make objects “smart” by connecting them to the internet in order to collect and exchange information. This process, which is essentially one machine talking to another, is called machine-to-machine communication (M2M). Any machine with an on and off function can be part of the IoT, from light switches to washing machines.

Think that’s cool? That’s just the tip of the iceberg.

It’s all about the sensors

When people talk about the IoT, so much focus is on the machines themselves, rather than what enables them to “talk” to one another. While machines are important parts of the IoT, they cannot perform their tasks without sensors.

One could reasonably argue that the IoT is nothing without sensors. Sensors are the key elements to gathering and collecting data. They detect, respond to, and evaluate parameters from the physical environment: heat, light, position, pressure, strain, and temperature.

Of course, all the collected data will be worthless without a place to store and analyze them in real time. Thus, cloud-based applications help in interpreting and transmit the data coming from the sensors.

For these applications to interpret and transmit the data, a process called cloud computing takes place. Data is stored and accessed over the internet instead of your computer’s hard drive, synchronized with other information online. Google Drive, Microsoft OneDrive, and Apple iCloud are examples of applications that allow you to store and access your data anytime, anywhere (with an Internet connection).

Global innovation expert Daniel Burrus believes that the Internet of Things is far bigger than we think. And it’s not just because we are making machines intelligent.

The benefits of the Internet of Things apply to more than just household improvement. As a matter of fact, all of this data can boost a wide variety of sectors — healthcare, agriculture, energy, manufacturing, security, and even waste management, to name a few.

Experts believe that this ginormous transformational shift could very well pave the way for the fourth industrial revolution. Futurist Jacob Morgan defines this as “the concept of blurring the real world with the technological world” — the merging of digital technologies with the physical world to create a new manufacturing reality that is cheaper, efficient, and less wasteful. A government-funded research project in Germany, Industry 4.0, aims to make factories faster and more efficient. However, it is still in its nascent stages.

Of course, the revolution is expected to take place not just in a single country, but in every nation across the globe, including the Philippines. And while we are still a long way from complete automation, continuous advancements in technology are certainly taking us closer and closer to this “smart” reality. — MF