Battle in the Blood (#BitB): How to fight HIV with a Pinoy-made app 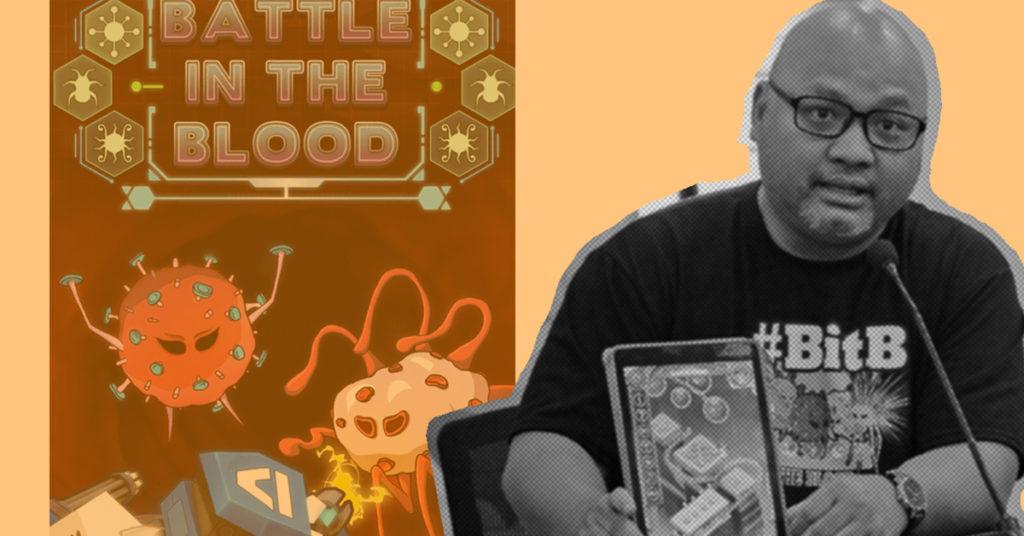 •Launched in 2017, Battle in the Blood (#BitB) is the first HIV gaming, engaging, and testing app in the Philippines.
•#BitB combines puzzle-solving and turn-based combat to educate gamers on HIV testing and prevention.
•Novel, technology-empowered approaches such as #BitB can significantly contribute to improving public health awareness.

Oftentimes, I’d catch myself mindlessly playing smartphone games until the wee hours. I’d wager, though, that I’m not the only one who’s guilty of this habit.

Mobile games can provide a great deal of entertainment, not to mention new information. This can also make them immensely addictive.

Thus, it’s not surprising that Filipino educators designed a mobile game as a means of educating the public on a serious health issue: human immunodeficiency virus (HIV).

The University of the Philippines Manila formally launched the mobile game app Battle in the Blood (#BitB) on December 1, 2017. The launch coincided with World AIDS Day, an annual public health campaign by the World Health Organization (WHO).

#BitB is the first-ever HIV gaming, engaging, and testing app in the country. According to #BitB’s principal developer Dr. Emmanuel Baja, many young Filipinos—the most vulnerable group—remain largely unaware of the virus, which puts them at greater risk of contracting it.

Filipino physician Dr. Louie Mar Gangcuango from the University of Hawaii has an explanation for this knowledge gap: culture-based shame and ineffective sex education initiatives in the country. In other words, Filipinos still regard sexual health as a taboo topic, instead of an urgent matter that needs careful attention.

Based on 2017 statistics from the Joint United Nations Programme on HIV and AIDS (UNAIDS), the Philippines has the fastest HIV/AIDS growth rate in Asia and the Pacific. Currently, our country has around 77,000 people living with HIV (PLHIV) – relatively low when compared to other countries. However, UNAIDS estimates that this figure will skyrocket to 201,000 by 2025 if the government fails to effectively curb the present growth rate.

How does #BitB work?

These alarming numbers emphasize the importance of #BitB’s engaging approach to HIV/AIDS education.

In essence, it repackages a much-needed conversation, presenting it in a fun and challenging style through gamification.

“The game bridges what the current programs are missing right now: an activity dedicated to entertain but at the same time, educate the youth about HIV,” said Dr. Baja.

#BitB is a puzzle and turn-based combat mobile game, an interesting whisk of Candy Crush and Pokemon.

Basically, you’re on a 90-level journey through your bloodstream, where your foes (HIV/AIDS) are roaming around.

The goal in each level, of course, is to defeat the monstrous virus within a limited set of turns. To do this, you’ll have to strengthen your character by connecting HIV-related puzzle icons that’ll boost your attack and defense during the battle. As you progress, the game showcases different stories of PLHIV: a mother and child, a bisexual, a transgender, an OFW, and many others.

Meanwhile, the game lobby gives you information on HIV testing, available treatments, nearby testing centers, and an online community.

#BitB is certainly an exciting step towards HIV-AIDS prevention. However, it also highlights how the use of mobile games in the Philippines for such purposes is still in its infancy.

In their historical review of digital apps on HIV prevention, US-based researchers Dr. Lisa Hightow-Weidman and her colleagues recognized the undeniable contribution of such apps in stimulating behavior change, information delivery, and participant interaction.

Now, the challenge for other researchers is to conduct further studies to accurately capture its impact.

Time will tell how, when, or if humanity can fully eradicate HIV/AIDS. One thing’s for sure, though: Innovative ways to tackle the subject of public health are more than welcome—especially since the technology for them is literally in our hands.—MF