Can your smartphone really make you dumber? 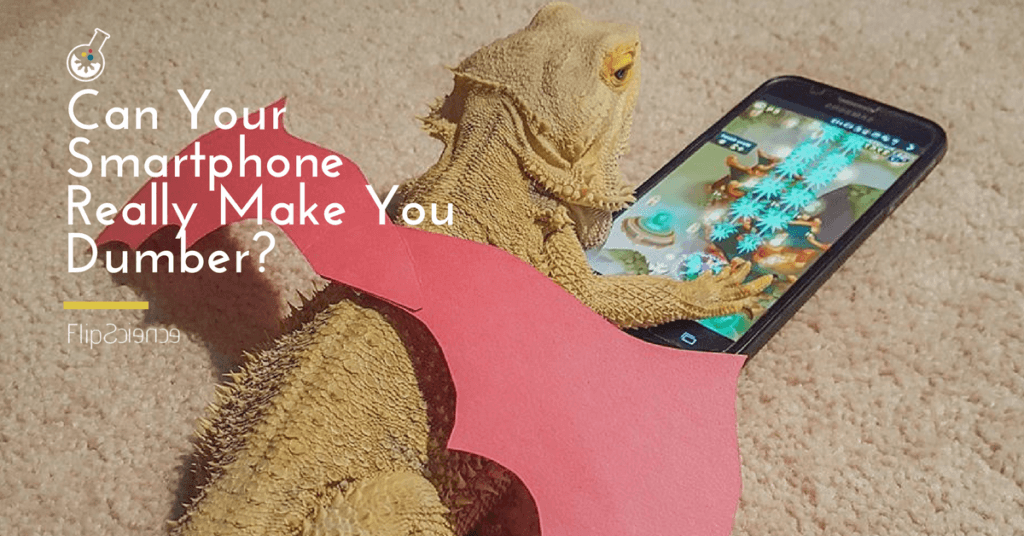 Thinking of picking up your smartphone to play Everwing? This study might make you think again.

A recent study coming out of the University of Texas’ McCombs School of Business says that as long as your smartphone is within reach, it can actually reduce your cognitive power significantly.

McCombs Assistant Professor Adrian Ward and co-authors gathered about 800 smartphone use to test their ability to complete tasks with their smartphones nearby.

In the first experiment, participants sat in front of computers to take a series of tests that required complete concentration to pass. Each test gave precise readings of the user’s cognitive ability — in other words, how well they can process and store data. The researchers told each participant to put their phone on silent and place them in random locations. These locations ranged from inside their pockets to an entirely different room.

Results showed that participants whose phones were on the other side of a wall got significantly better scores than the other participants. Additionally, they also outperformed the subjects who stored their smartphones in their pockets or bags.

The researchers suggested that having their smartphones nearby impaired the subjects’ cognitive abilities. This was despite that fact that they did not notice any lapses in attention. “We see a linear trend that suggests that as the smartphone becomes more noticeable, participants’ available cognitive capacity decreases,” Ward said.

“Your conscious mind isn’t thinking about your smartphone, but that process — the process of requiring yourself to not think about something—uses up some of your limited cognitive resources. It’s a brain drain.”

The subjects performed the same series of tests as the previous group, and were also randomly assigned to keep their smartphones in different locations. However, the researchers instructed some participants to turn off their phones.

The team discovered that those that rated high on their smartphone dependence performed worse compared to their peers. However, this was only evident within the group that kept their phones nearby (in front of them or in their pockets).

The researchers also found that turning off smartphones had no significant effect on their findings, no matter where they were kept.

Results suggest that having a smartphone within sight or arm’s reach reduces a person’s ability to focus and perform tasks. This is we use a portion of our cognitive capacity simply to stop us from using our smartphones.

“It’s not that participants were distracted because they were getting notifications on their phones,” Ward said. “The mere presence of their smartphone was enough to reduce their cognitive capacity.”

So much for putting the “smart” in “smartphone.”–MF