How an underwater grenade will (almost certainly) kill you 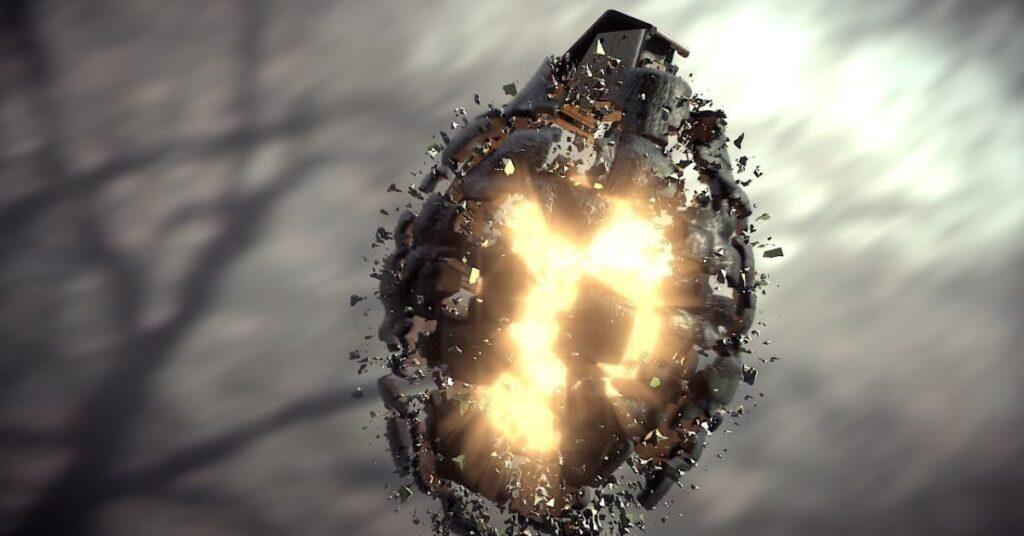 Imagine you were 15 feet away from a grenade that’s about to explode. Now, picture the same uncomfortable scenario, except with both you and the grenade submerged in a big swimming pool. In which situation would you be more likely to survive (and have a really awesome story to tell at parties)?

When a grenade goes kaboom, its metal shell breaks apart, instantly transforming into nasty little projectiles blasting off in different directions. Getting hit by even just one of those would certainly be a gruesome affair. And yes, you can argue that because the drag force (which is the resistance force caused when something moves through a fluid) would slow down the shrapnel underwater, that would raise your chances of, well, not losing an arm or something.

Those sharp bits are just the problems that you can (hopefully) dodge, though. And the problem that you 𝘤𝘢𝘯’𝘵 dodge—which is the resulting pressure wave from the explosion—is what’s pretty much guaranteed to kill you underwater.

On land, the atmosphere would absorb most of the explosive energy, because of air’s compressibility. Water doesn’t behave that way, though; in fact, it’s nearly (but not completely) incompressible. In other words, the water won’t absorb the pressure from the explosion—it’ll move with it, until it hits an air pocket or two that it 𝘤𝘢𝘯 compress.

Which, in this case, would be your lungs and all the other nice gas-filled pockets inside your body. Yikes.

Today’s Science History Milestone: On November 26, 2011, NASA launched the Mars Science Laboratory. The robotic space probe successfully carried out the most accurate Martian landing of any known spacecraft when it landed the 𝘊𝘶𝘳𝘪𝘰𝘴𝘪𝘵𝘺 rover in Gale Crater on August 6, 2012.