No, Google Drive is not shutting down next year 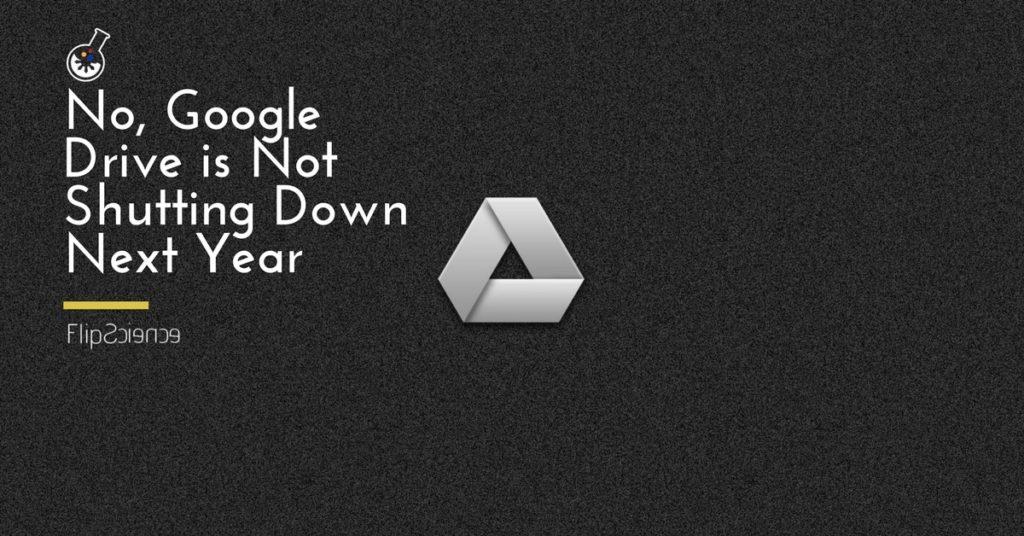 Earlier today, a story made the rounds across various news sites and tech blogs that made the internet groan in agony. Reports claimed that Google will stop supporting Google Drive, the popular cloud storage service, come December this year. Furthermore, some of these articles claimed that Google Drive will be replaced after it ceases operations completely on March 12, 2018.

Well, the fact that you’re reading this probably already tells you that, to paraphrase Mark Twain, the rumors of Google Drive’s death have been greatly exaggerated.

So, what’s really going to happen to Google Drive?

Google will only be shutting down the desktop app for Mac and Windows, but not the Google Drive service itself.

In other words, you will still be able to access your Drive (and the files in it) through your internet browser.

PC and Mac users will have two options for syncing their files between their desktop and the cloud service: Backup and Sync for consumers and Drive File Stream for enterprise G Suite subscribers. In a nutshell, Drive File Stream will be the desktop app of choice for large-scale operations and corporate purposes, while Backup and Sync will essentially fulfill the same file-syncing function that the desktop Drive app currently does for users, and then some.

Meanwhile, Google will continue to support Drive’s mobile apps (both for the iOS and Android platforms).

Google Drive users experienced some problems with the Drive service earlier today, as both Drive and Classroom were either inaccessible or extremely slow. Drive and Classroom went back to normal a couple of hours later, but not before the news of Drive’s supposed shutdown spread like wildfire (thanks in no small part to clickbait headlines).

For more information on the differences between Backup and Sync and Drive File Stream, read the official post from Google. Google Drive desktop app users can expect notifications about the app’s termination starting this October.