The pros and cons of the National ID system 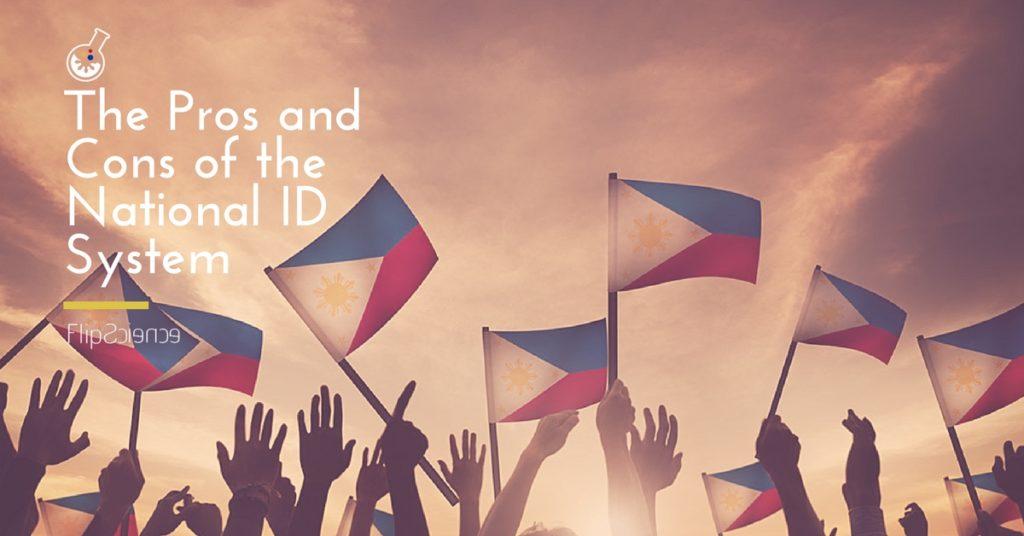 It could be any minimalist’s dream: One identification (ID) for seamless transactions with all public and private agencies.

Or it could be any private citizen’s nightmare: all your personal data conveniently packaged in a single ID — one that could easily fall into the hands of unscrupulous people.

One thing is certain, though: The dream — or nightmare — of a national ID system has moved closer to becoming a reality.

The road to the National ID

The House of Representatives passed House Bill 6221, or the act establishing the Filipino Identification System (FilSys), on its third and final reading last September 8 by a 142-7 vote.

Upon enactment, the law would require Filipinos at least 18 years old to register and apply for a FilSys ID at the local civil registry office. They may also apply at other implementing agencies like the Philippine Embassy or consular office for overseas Filipinos.

The bill’s proponent, Laguna Rep. Sol Aragones, said a national ID would eliminate the need for multiple identification cards to transact with government and other institutions, including banks.

According to Aragones, who currently serves as the chairperson of the House’s Population and Family Relations Committee, a “single, unified and streamlined national ID system” would improve public services by speeding up government transactions and reducing redundancy.

The proposed national ID would contain three sets of information: one which will appear on the card’s face, one which will be embedded in the card’s smart chip, and one to be stored in an electronic database, to be administered by the Philippine Statistics Authority (PSA).

The good, the bad, and the ID

Supporters say the ID will have advanced security features to protect the personal information stored in the ID.

However, naysayers have been quick to point out that just last year, despite similarly firm assurances, a data breach on the government’s Commission on Elections (Comelec) website leaked confidential data to the public. The leak revealed the personal information of 15 million voters, as well as information from election-related databases.

A closer look at the national ID’s salient features as laid out in House Bill 6221 reveals that the ID card data will include the following:

The card will also include blood type, biometrics information (including fingerprints), iris scan, and your photo.

Another part of the system is developing a “resilient” digital infrastructure safeguarded against attempts at data security breaches. This is to uphold and secure the ID holders’ rights to privacy, confidentiality and access to registered information.

Section 13 of the bill provides protection against unlawful disclosure of information and records. Third parties — including law enforcement and national security agencies, as well as units of the Armed Forces of the Philippines (AFP) — will not have access to FilSys data, except when:

– The cardholder expressly authorizes the disclosure of information to a third person, entity, or agency
– There are accidents, disasters, or fortuitous events where medical history and relevant information are needed by medical and health service institutions and workers
– Public health or safety requires it
– Any competent court orders it

The proponents and supporters of the national ID insist that it has many practical uses, especially in situations requiring disclosure of personal details and identity. Among these are as transacting with government offices, paying taxes or fees, applying for licenses, certificates, or permits from any public institution, going into financial transactions for projects sourced from public funds, or even legal transactions before a notary public.

More than cutting red tape and preventing fraud and questionable transactions, the national ID is also touted by some as the first step to preventing terrorism and lawlessness.

However, it helps to remember that no bill would ever enumerate the disadvantages of the very system it is proposing to implement.

Bayan Muna Rep. Carlos Isagani Zarate said the House’s Makabayan bloc consulted with information technology experts who agreed that the national ID has the potential for endangering the security of personal sensitive information. This can also be used in suppressing or violating human rights.

Educator Christina Garvida is hesitant, but sees the merits of FilSys.

“One number across national agencies, better census info and all that. A national database of fingerprints could make law enforcement easier, but it could also be abused and used for political persecution.” Garvida adds, “As long as the info is secure, and there won’t be violations of the right to privacy, it’s okay. Siguro basta huwag lang parang sedula nung panahon ng mga Kastila na kung hindi mo dala sedula mo, kulong ka. (As long as this isn’t like the cedula system from the time of the Spaniards, in which you can land in jail simply by not having it on your person.)”

To date, the Senate has not yet approved its counterpart bill on the national ID system.

Until then, only vigilance would be the law-abiding Filipino’s first line of defense against any and all forms of potential abuse. This, of course, includes any invasion of the right to privacy. — MF