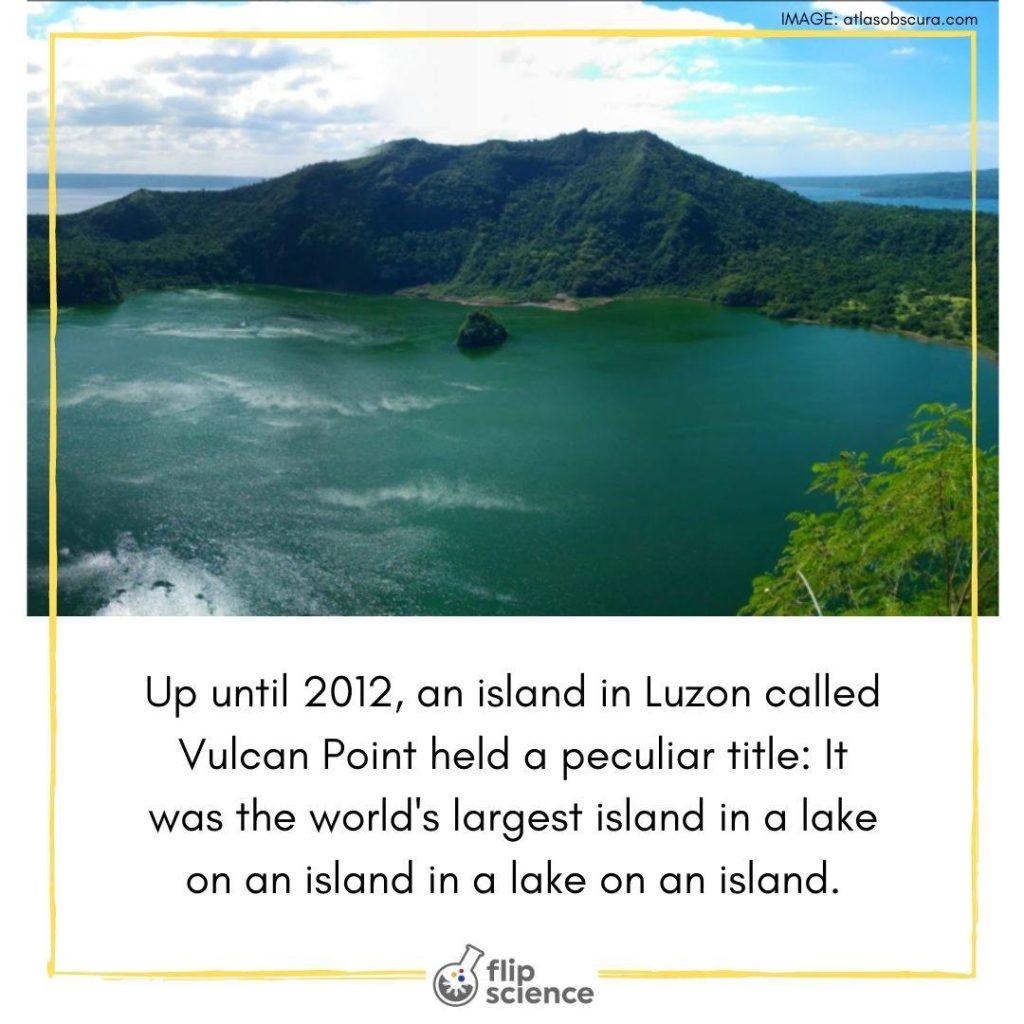 FlipFact of the Day: Vulcan Point, a 40-meter-long island located within Taal Volcano’s Crater Lake, was known for many years as the world’s largest island in a lake on an island in a lake on an island. However, researchers discovered another sub-sub-island in Nunavut in 2012 via Google Maps. The still-unnamed island is a long strip of land measuring a little over 300 meters in length. It now holds this tongue-twisting terrestrial title.


Today’s Science History Milestone: On July 3, 1844, fishermen killed the last breeding pair of great auks (Pinguinus impennis) at Eldey Island, off the coast of Iceland. Records say that the female had been incubating one last egg; unfortunately, a fisherman crushed it under his boot while pursuing the birds, effectively sealing the species’ fate.