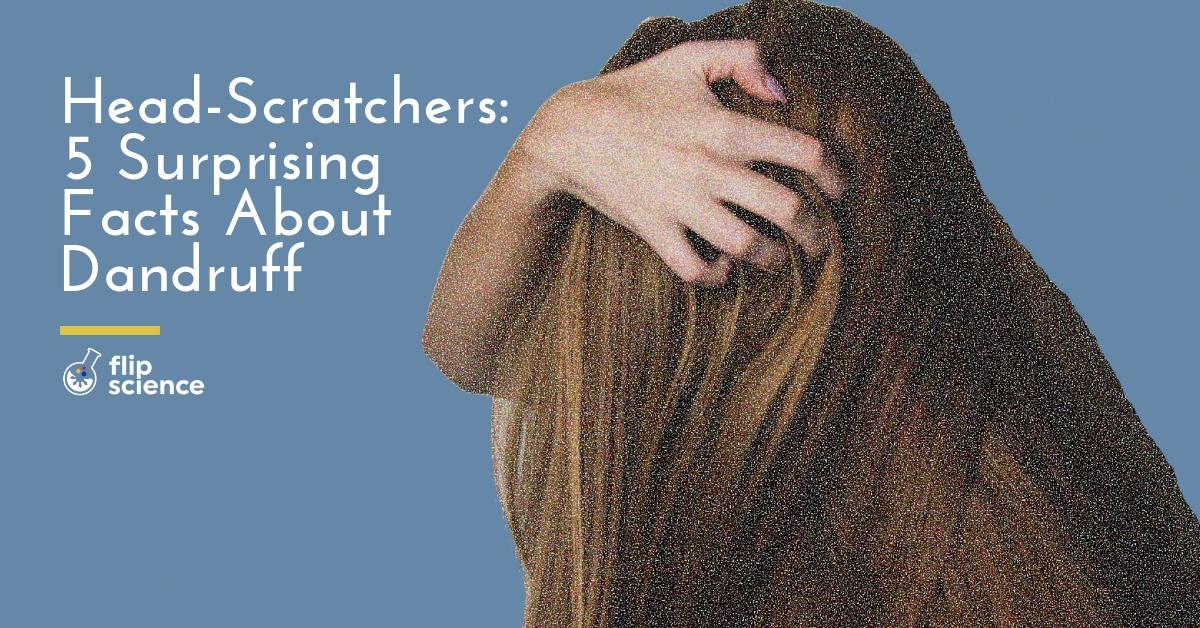 It’s itchy, it’s irritating, and it’s the only kind of “snow” we see around these parts.

Dandruff is a rather annoying affliction that many Filipinos grapple with. Interestingly, given how common this illness is, it’s also one of the most poorly understood. Blame it on tradition, commercialization, or our tendency to sometimes take things at face value. When it comes to dandruff, a lot of people seem to be misinformed — and we’re not just splitting hairs here.

Here are five things you probably didn’t know about dandruff.

1. Dandruff is, er, rooted in a normal biological process.

The fact that you’re shedding little flakes of skin shouldn’t surprise you. The process of molting (shedding old shells, skin, feathers, or hair) is an evolutionary function. Think of it as a defensive measure: your body’s essentially taking off its old armor and donning a new one to ward off detrimental threats in its immediate environment.

Dandruff, however, is what happens when the body takes that perfectly normal cycle and dials it up to 11.

Normally, our skin replaces itself by pushing its old cells outward until they flake off. Due to a combination of factors, this process sometimes becomes faster, particularly in the scalp. The popular theory is that when the skin cells in the scalp mature at an accelerated rate (for instance, a week instead of a month), they get expelled from the body in droves. This, in turn, results in visible flakes of dead skin (and a ton of head-scratching).

Understandably, we think of dry scalp the moment those pesky flakes start showing up on our shoulders. Unfortunately, we also end up getting the cause-and-effect relationship wrong. In other words, dandruff isn’t caused by dry scalp. In fact, dandruff and dry scalp are two different (but equally prevalent) scalp problems.

As the name implies, dry scalp happens when the scalp loses a significant amount of its natural moisture. The resulting irritation causes the skin to dry up and eventually flake off.

On the other hand, dandruff means that there’s too much oil on your scalp. It’s the oil that makes your skin cells clump together and yell “Geronimo!” as they fulfill their mission of embarrassing you in front of your date.

Would you believe that we only got closer to identifying the cause of dandruff two years ago?

Since the turn of the 20th century, we’ve operated under the notion that a type of fungi called Malassezia (named after French microbiologist Louis-Charles Malassez) causes dandruff. We kind of just ran with this line of thinking, despite the absence of a strong correlation between dandruff severity and the presence of Malasezia on scalps. In 2007, researchers even observed that a specific fungus, the yeast-like Malassezia globosa, increases by up to twice its usual level whenever dandruff rears its ugly, itchy head.

However, findings from a 2016 study revealed that two types of bacteria, Propionibacterium and Staphylococcus, may actually have a bigger hand in dandruff formation than M. globosa.

Experts generally agree that dandruff comes from an unpleasant cocktail of generic and environmental circumstances. These include sebum (skin oil) secretions, allergies, and colder temperatures (where M. globosa thrives).

At this point, researchers are pretty sure that dandruff isn’t a direct result of poor hygiene. (That doesn’t mean you can get away with not washing your hair, though.)

You may have read that applying oil on your scalp is an effective home treatment for dandruff.

Well… don’t. You might end up making your condition even worse.

Plant-based oils (like olive oil and vegetable oil) don’t work like baby oil (which is a mineral oil). Mineral oils are petroleum-based, which means the icky, itchy M. globosa doesn’t thrive on it. Dabbing olive oil on your scalp, though, is the equivalent of inviting M. globosa to an all-you-can-eat buffet. That’s because plant oils contain saturated fatty acids, which sustain these unwelcome guests. In fact, researchers use olive oil to grow samples in Petri dishes. All of a sudden, slathering oil all over your scalp doesn’t sound like such a bright idea now, does it?

Fortunately, you can keep your dandruff in check by using specially designed shampoo and availing dermatologically approved scalp treatments. (There’s no “cure” for dandruff, though, in the conventional sense.)

5. Even dinosaurs had “dandruff,” sort of.

Interestingly, a recent study in Nature Communications revealed that dandruff, or at least something like it, may have been a problem even way before we showed up.

Fossils from 125 million years ago contained tiny flakes scattered across the plumage of Microraptor, Beipiaosaurus, Sinornithosaurus, and Confuciusornis (a prehistoric bird). Upon closer inspection, the researchers found that the white flakes were actually corneocytes made from keratin fibers — the same ones found in human dandruff.

According to the University of Bristol’s Mike Benton, they avoided using the term “dandruff” in the study because it’s usually applied to humans.

Nevertheless, this illustrates that dinosaurs may have gotten rid of dead skin in small flakes, just like birds do. And since dinosaur shedding is a lesser-explored aspect of paleontology, this certainly… sheds light on that question.