How bad is air pollution in the Philippines? 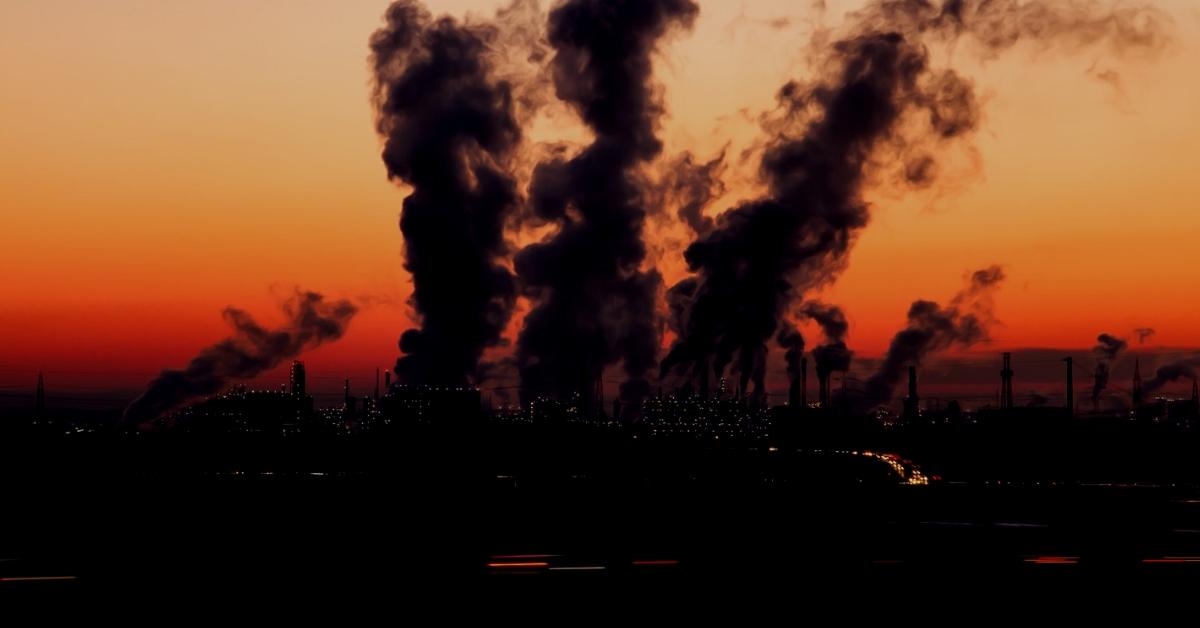 What is one thing that you cannot live without?

It’s an admittedly tricky question. When not taken literally, you can have a plethora of answers: food, water, friends, love, and even sense of purpose. Apart from those items (and abstract concepts), however, there is one simple thing that we need 24/7, day in and day out: the air we breathe.

We breathe all the time, and we don’t even have to do it consciously in the first place. This crucial task — one that is absolutely necessary for our continued survival — has been hardwired in our brains through our autonomic nervous system, the system designated to maintain the functions in our bodies that we do not perform consciously: breathing, the beating of our hearts, and even the digestion of the food we eat.

A primer on air pollution

Based on 2016 statistics from the World Health Organization (WHO), 91% of the world’s population reside in locations that don’t meet WHO’s imposed air quality standards. According to WHO’s estimates, approximately 4.2 million deaths worldwide in 2016 were caused by outdoor air pollution.

Before we delve into this further, it helps to ask: What is air pollution?

Air pollution can be defined as the presence of harmful chemicals in the air we breathe — chemicals that can hamper one’s good health. Said chemicals are products of myriad anthropogenic activities, such as fuel combustion from vehicles, heat and power generation due to oil and coal power plants, smoke from manufacturing factories and mines, waste incineration, and even the simple act of cooking food at home.

These chemicals, also known as pollutants, come in various forms. The largest group is called particulate matter (PM), which includes particles that comprise sulphates, nitrates, ammonia, sodium chloride,  black carbon, mineral dust, and even water. The sizes of these pollutants can be measured in microns. A micron is a millionth of a meter: picture a meter-long thread divided into a million equal parts. That’s how small a micron is.

Particulate matter can be further classified according to their size, either as PM10 (less than 10 microns in diameter) or PM2.5 (less than 2.5 microns in diameter). These particles can remain suspended in air and eventually be inhaled. When this happens, they pass through the airway and enter the bloodstream, where they can wreak havoc inside the body.

Another pollutant is ground-level ozone, a major product of photochemical smog. This phenomenon can be observed in China, where cities are inundated with thick smoke consisting of particulate matter, carbon monoxide (CO), nitrogen oxides (NOx), and volatile organic compounds (VOCs). These components react with each other and sunlight to produce ozone, which can exacerbate asthma and lead to reduced lung function and other respiratory diseases.

Carbon monoxide, one of the main ingredients of photochemical smog, is often produced from exhaust from motor engines and machinery that burn fossil fuels. Increased concentration of this compound in one’s body can damage the body’s ability to transport oxygen to its different parts, which is critical for all organs in the body. Nitrogen dioxide, another smog component, comes from emissions from power and industrial generation. WHO states that when introduced independently into one’s system, it can aggravate symptoms of asthma and bronchitis, which may escalate to respiratory infections.

The next question would be: How exactly are air pollution levels measured?

As we know, air is comprised of a multitude of compounds, elements, and chemicals. Our atmosphere contains nitrogen, oxygen, argon, carbon dioxide, water vapor, and other obscure gases. Thus, air pollution levels are usually measured through the individual concentrations of the pollutants mentioned above. These concentrations are expressed in μg/m3 annually or per 24-hour mean. An annual mean constitutes the mean for one-hour daily measurements for a year. A 24-hour mean, on the other hand, is the average of all hourly concentration readings over the span of 24 hours.

In 2005, WHO imposed air quality guidelines to provide thresholds and limits for key air pollutants that may cause health complications. Based on the guidelines, WHO estimates that reducing the amount of particulate matter (PM10) to 20 micrograms per cubic metre (μg/m3) annually would subsequently decrease air pollution-related mortality rates by 15%. For the smaller and more harmful variant, PM2.5, they imposed a standard of 10 μg/m3 per annum. In the case of other pollutants, ozone (O3) has a safety level of 100 μg/m3 for an 8-hour running mean, while NO2 has a safety level of 40 μg/m3 (annual mean).

At present, the worldwide average concentration for PM2.5 stands at 38 μg/m3, nearly four times the value of the recommended safety levels.

Air pollution in the Philippines

In the southeast Asian region — where the Philippines is located — the average PM2.5 concentration is 21 μg/m3 annually, over twice the recommended value.

The Philippines’ annual PM2.5 concentration rests at 18.4 μg/m3, according to the 2016 WHO report. This value is approximately 80% higher than the safe levels indicated by WHO. Aside from national data, WHO also collected data from the major cities of participating countries.

In fact, out of all the listed cities in the Philippines, Baguio City recorded the highest PM2.5 data at 44 μg/m3 in 2013 — quadruple the recommended safe level.

All of the listed cities also failed to reach the limit set for particulate matter of 10 microns in size (PM10). Baguio ranked highest once more, with 84 μg/m3 of PM10, which is also four times the recommended level. Meanwhile, Cebu, Dagupan, and Manila also failed, registering values of 54, 51, and 55 μg/m3, respectively. While the city of Davao came close to meeting the prescribed safe level (at 21 μg/m3), it still exceeded the limit.

These numbers have already caught the attention of the government. According to Environment Secretary Roy Cimatu:

“Air pollution affects each and every one of us…We need stronger coordination and wider collaboration so we can once and for all solve our air pollution problem.”

Meanwhile, WHO Representative to the Philippines Dr. Gundo Weller stated:

“Air pollution continues to pose a dangerous threat to the health of the Filipinos, especially those living in urbanized communities…With the health and environment sectors, we are working together to reduce the harmful impact of these environmental risks to people’s health and well-being.”

In 2019, the country is slated to lead the regional forum on health and environment in the Asia-Pacific region.

Mitigating the damage: What next?

One cannot help but wonder, though, if our country is really doing enough.

This year, researchers at Yale and Columbia Universities along with the World Economic Forum released a new Environmental Performance Index (EPI). The report ranked 180 countries based on various performance indicators on 10 issues regarding the health of the environment and its viability. It also provided a scale showing how a particular country is accomplishing (or ‘close to accomplishing’) its established environmental policies. According to the report, air quality remains the top environmental problem — a fact made evident by the increasing urbanization and industrialization of large countries such as India and China.

The 2018 EPI ranks the Philippines as 82nd out of 180 countries, indicating that our country has a higher health rating than China (120), Thailand (121), Vietnam (132), and Indonesia (133). However, while our country ranked 43rd in the Air Pollution category, we were still ranked 111th in terms of Air Quality due to the use of solid fuels in households.

In reality, the Philippines continues to struggle in establishing a firm grasp on air quality control. There has been a steep rise in the number of vehicles operating in the country, subsequently contributing to the amount of pollutants in the atmosphere. Other anthropogenic activities, such as the use of fireworks and firecrackers, also take a toll on the environment. On Jan 1, 2017, several areas in Manila recorded tremendously high levels of PM2.5. Ateneo de Manila University (369 μg/nm), Taft Avenue (448 μg/nm), and Paranaque (433 μg/nm) were at levels way beyond the safe limit (50 μg/nm). This year, however, the DENR reported that air pollution levels on New Year’s Eve dropped significantly.

The Philippines is a developing country that has to deal with many socio-economic and developmental issues. In the face of these issues, some are concerned that over the past two years and in spite of the current administration’s promises, environmental protection appears to have taken a backseat. The government, of course, is responsible for creating and enforcing policies and laws so that its citizens may breathe clean air, as well as enjoy all natural resources based on the principles of sustainable development.

The effects of pollution are evident and undeniable. This is particularly observable in Metro Manila, due in no small part to the sheer volume of vehicular smoke that practically envelops it. On top of that, our country continues to depend on energy harnessed from coal power plants, a fact bemoaned by environmentalists due to the known impact of coal-fired power plants on air pollution levels.

We face a real problem in this dire situation, as we have no choice but to breathe in, regardless of the quality of the air where we reside. Think about it: At this very minute, there are 16 opportunities for the pollutants in the air to enter our bodies–pollutants that negatively affect the quality of our lives and reduce the time we can spend on this beautiful, albeit polluted, planet. –MF