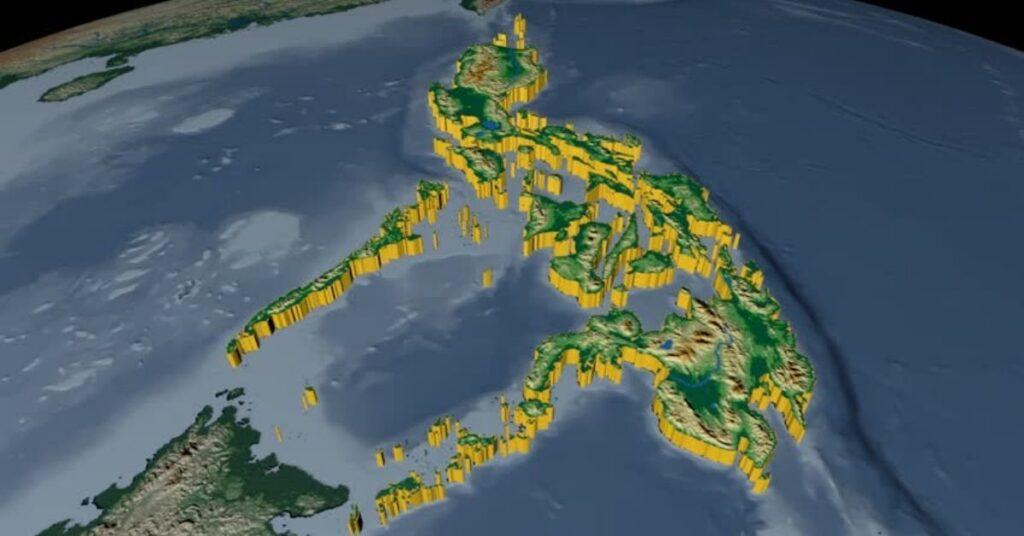 •Studies on both the 2012 Negros earthquake and the 2013 Bohol earthquake revealed previously unknown faults in the Philippines.
•Through neotectonics and paleoseismology, experts gather data on past and present earthquakes, which can help them gauge the probability of future seismic hazards.
•As it is currently impossible to predict earthquakes, geologists specializing in the aforementioned disciplines have a crucial role to play in mapping faults.

Mention the words “disaster” and “2013” to any Filipino; chances are, they’ll remember Super Typhoon Yolanda, one of the strongest tropical cyclones in Earth’s history. For many Boholanos, though, a different catastrophe would probably come to mind: one that shattered a terrifying 23-year-old record.

On October 15, 2013, at around 8:12 AM, an incredibly powerful earthquake shook Bohol. Registering a magnitude (MW) of 7.2, it affected not just Bohol and its neighbor province Cebu, but the entire central Visayas region, plus some areas in Mindanao. Now known as the 2013 Bohol earthquake, it was the country’s deadliest quake since 1990. Based on official numbers, it resulted in the deaths of at least 222 people, injured 976, and destroyed more than 14,500 structures. The resulting energy release was reportedly over 30 times as powerful as one of the atomic bombs dropped in Hiroshima, Japan in 1945.

Aside from its record-breaking power, though, the 2013 Bohol earthquake is significant for another reason: the geologic fracture it had originated from was one that had never been mapped before.

Tectonic geomorphologist Dr. Jeremy Rimando has studied both the 2013 Bohol earthquake and the 2012 MW 6.7 Negros earthquake. In both case studies, Rimando and his colleagues identified faults that were previously not in the official records of the Philippine Institute of Volcanology and Seismology (PHIVOLCS).

In simplified terms, a fault is a fracture or discontinuity between blocks of rock; the rapid movement of these blocks relative to each other results in the earthquakes that we feel and detect. A fault line is the visible crack or discontinuity on the Earth’s surface that makes it possible to map a fault.

If these blocks have mostly moved vertically, the fractures are dip-slip faults. In a normal fault, the rock mass moves down; reverse faults (sometimes called thrust faults), on the other hand, happen if the block above the fault moves up. The previously unknown reverse fault that caused the 2013 Bohol quake now has a name: the North Bohol Fault (NBF).

“[The 2013 Bohol earthquake] provides valuable information on reverse fault ground rupture, since there is a rarity in documented surface faulting associated to reverse fault‐generated earthquakes, not only in the Philippines, but also worldwide,” Rimando and his team wrote in their paper.

Meanwhile, the fault that caused the 2012 Negros quake has been named the Negros Oriental Fault (NOF). While this particular fault was not officially documented prior to the event, some scientists have claimed that as early as 2008, private geologists hired by the Negros Occidental government already knew about it. This discrepancy only serves to highlight the fact that so many faults in the Philippines have yet to be properly and officially mapped.

“If you’ll look at pre-2012 maps of active faults (or faults that are likely to cause an earthquake), the NOF and the NBF weren’t there yet,” shared Rimando in an interview with FlipScience. “This is because the faults in the Negros-Cebu-Bohol region haven’t received attention in the past.” Indeeed, the more obvious traces of the Philippine Fault in Masbate and Leyte have received the lion’s share of attention when it comes to active fault mapping and tectonic research in Visayas.

“Faults are mapped so that we are aware of possible earthquake hazards in an area, and so that we can prepare for them,” Rimando explained, adding that a fault typically gets mapped only after an earthquake happens. He also mentioned that the Marikina Valley Fault System and certain segments of the Philippine Fault Zone (such as the Vigan-Aggao Fault) are among the few faults mapped in detail without any recent significant earthquakes on record.

Guiding these attempts to map previously unknown Philippine faults are two grounded (pun intended) disciplines. Neotectonics involves studying the movements, manifestations, and deformations on the Earth’s crust in the present geologic time. (The starting point of the period of time called the “present” may vary depending on which geological region is in focus.)

Paleoseismology, on the other hand, means taking a closer look at signs or evidence of earthquakes that happened hundreds or even thousands of years ago, or before any reliable means of measuring and recording seismic activity existed. It enables researchers to determine the likelihood and frequency of earthquakes happening along a fault, based on historical data.

Basically, researchers investigate an earthly region’s seismic past and monitor its dynamic present, in order to get hints on its tectonic future.

Where the lines are drawn

According to Rimando, mapping the previously unknown faults in Negros and Bohol gives geologists a clearer view of the region and its potential earthquake hazards.

For starters, the relatively recent occurences of high-magnitude earthquakes along both the NOF and the NBF suggest that it would likely be a while before similarly significant earthquakes happen on them again. Specifically, based on the results of paleoseismic trenching on the NBF, the interval between earthquakes “could be on the scale of thousands of years.” While this does not eliminate the possibility of large earthquakes from nearby faults, it does give engineers and community planners plenty of time to plan and design infrastructure accordingly.

The discovery of both faults also points to Central Visayas being “deformed” in certain ways.

“Rocks in the region are accommodating the compression related to the convergence of tectonic plates (the Philippine Sea Plate and the Sunda Plate), forming what is called a fold-and-thrust belt,” Rimando elaborated. “Such regions are typically abound with many faults and folds, so you should expect there to be more than just the two faults (NBF and NOF) that have so far been identified.” He stated that Cebu, which (1) is located between the two islands and (2) has a densely populated city, would be the next logical place to search for faults.

Mapping a fault that just moved enhances scientists’ capacity to identify the general area where an earthquake is likely to happen. Moreover, information from recently active faults (e.g., fault length, displacement) contributes to the world’s limited earthquake database. This can eventually help improve our understanding of the relationships between fault characteristics and the earthquakes they cause.

Calculating the likelihood of earthquakes based on mapped faults involves making many informed guesses. This raises an important question, though: What about those who claim to be able to predict precisely when and where earthquakes will happen?

Is it possible to predict earthquakes?

The answer to the question of whether it’s possible to predict earthquakes is a planet-shaking “no.”

As defined by the United States Geological Survey, an earthquake prediction must get four details right: the date, time, location, and magnitude of the earthquake. Based on these criteria, no one has ever predicted a major earthquake.

Taking note of connections between an earthquake and natural changes is one thing. However, saying with certainty that the former occurs hand in hand with the latter is an entirely different matter. Sometimes, earthquakes happen without the environment giving any telltale signs beforehand; sometimes, we observe what we think are earthquake indicators, but no earthquakes follow them.

It’s safe to say that anyone who claims to be able to predict earthquakes is being dishonest. There is no scientific evidence that the human body can “feel” an earthquake coming, nor is there any indisputable association between clouds and seismic activity. Others provide overly generalized predictions, latching on to any earthquake that’s even remotely close to their prediction as proof of their purported tremor telepathy. As the saying goes, even a broken clock is right twice a day—and in this case, can do more harm than good.

“Claiming to be able to predict earthquakes is being alarmist, and causes unneccesary fear which could have serious effects on the citizens’ well being and on the economy,” said Rimando.

Perhaps someday, geologists will be able to pinpoint early earthquake indicators from underneath the Earth’s surface. Until then, however, the best we can do is gauge the probability of a high-magnitude earthquake occuring along a certain fault within a particular stretch of time.

As Rimando put it: “This field has made long strides, and it is improving with more studies and data, but it’s definitely not as good as weather forecasting yet!”

Rimando describes the active mapping of faults in the Philippines as a work in progress. Numerous onshore and offshore faults remain unmapped, while many that have already been recorded are still lacking in detail. Furthermore, there is a lack of experts in the Philippines—specifically, geologists with PhDs in neotectonics—who work in this highly specialized field.

“In a perfect world, all the active faults are mapped and paleoseismic studies are done so that communities, with the help of engineers and planners, can prepare for such earthquakes,” mused Rimando. “But mapping faults is not an easy job. Mapping a single fault system is a highly specialized task that can even take a lifetime.”

Hopefully, more geologists would consider pursuing a career track in active tectonics in the Philippines, a country that is extremely prone to earthquakes and other natural hazards. After all, while the capacity to predict earthquakes remains out of our grasp, we can at least read between the (fault) lines.

Editor’s note: A previous version of this article used the term “natural disaster,” which can be incorrect and misleading. All instances of the term have been replaced with the more appropriate term “natural hazard.” The same version of the article had outdated information about Dr. Rimando’s academic affiliation; this error has been corrected.