Gifts from the wise: What ARE frankincense and myrrh, exactly? 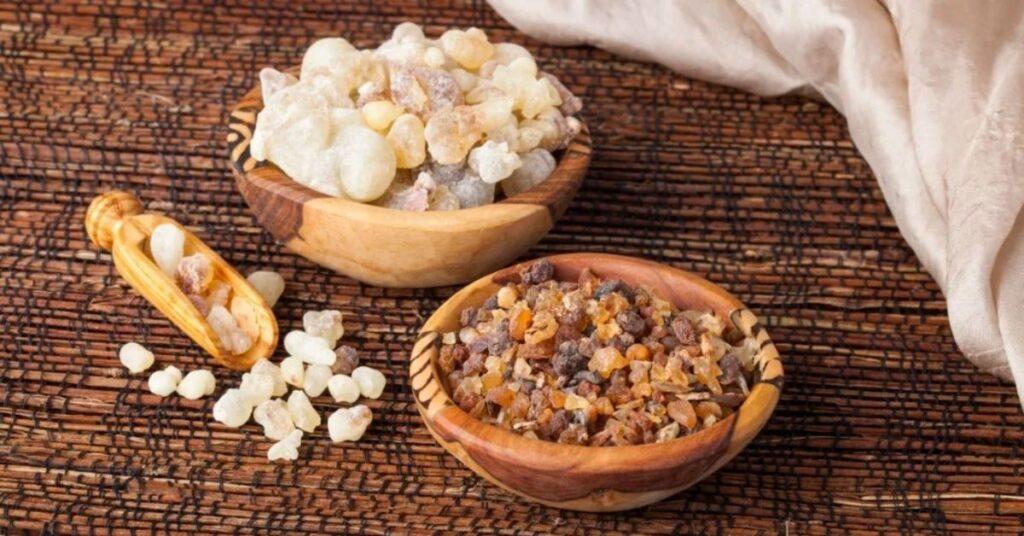 One of the most popular Christmas stories comes straight from the Bible: The visitation of the Magi, who brought gifts of gold, frankincense, and myrrh to the child Jesus in Bethlehem. And while the latter two gifts aren’t as well-known these days, they were just as valued as gold in ancient times.

Frankincense (or olibanum) and myrrh are resins extracted from Burseraceae (a.k.a. torchwood or incense) trees. Frankincense is harvested from 𝘉𝘰𝘴𝘸𝘦𝘭𝘭𝘪𝘢 𝘴𝘢𝘤𝘳𝘢 and other 𝘉𝘰𝘴𝘸𝘦𝘭𝘭𝘪𝘢 trees, while myrrh comes from 𝘊𝘰𝘮𝘮𝘪𝘱𝘩𝘰𝘳𝘢 trees, such as 𝘊𝘰𝘮𝘮𝘪𝘱𝘩𝘰𝘳𝘢 𝘮𝘺𝘳𝘳𝘩𝘢. Obtaining them involves carefully cutting the tree without killing it, then gathering the sap that oozes from the wound to repair the damage (in a process known as gummosis).

Highly desired for their aromatic, religious, and medical uses, frankincense (which looks like a bunch of yellowish pebbles) and myrrh (which resembles a cluster of brownish stones) were hot items in the Middle East for several centuries. Nowadays, they aren’t quite as hyped up as gold, though they still remain in considerable demand.

Recent studies suggest that both frankincense and myrrh may actually have some interesting medicinal properties. The main active ingredient in the former is boswellic acid, which may have anti-inflammatory, anti-arthritic, and even anti-tumor effects; another compound, incensole acetate, may help in keeping anxiety and depression at bay. Meanwhile, research involving mice point to myrrh’s possible anti-inflammatory and cancer-fighting properties. However, more studies involving human subjects must be carried out before scientists can say these for sure.

Sadly, despite the reduced popularity of these two resins, sustainability remains a serious issue. According to environmental groups, farmers in Somalia and Yemen—the world’s major sources of these resins—are struggling to keep up with the global demand for both.

Fortunately, there’s an extremely high chance that you 𝘢𝘳𝘦𝘯’𝘵 a magus, which means you probably don’t need to give out expensive incenses this Christmas. Perhaps, a heartfelt letter and a hug would do just fine.