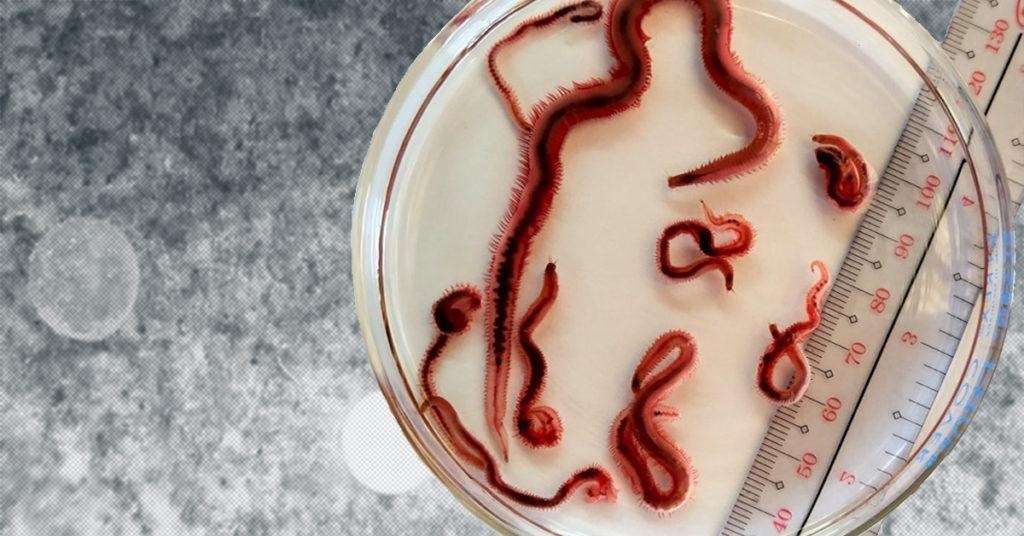 •A team of scientists from the Philippines and Australia recently identified a new species of mudworm, Marphysa iloiloensis.
•Named after the Philippine province, M. iloiloensis lives in muddy sediments, functioning as a soil cleaner in its ecosystem.
•Iloilo-based researchers are developing ways to cultivate M. iloiloensis as a highly nutritious supplementary feed for shrimps and other crustaceans.

It was sometime in 2017 when Mandario, an associate researcher at the Southeast Asian Fisheries Development Center (SEAFDEC) in Iloilo, was concluding an otherwise ordinary experiment. It was part of her research on a class of segmented worms known as polychaetes (pronounced “polly-keets”). As she examined the tanks, she noticed something peculiar about the eggs that had just hatched: For some reason, there were ten times as many surviving larvae as she had anticipated.

At that moment, another realization dawned on her. It was she who had collected the eggs—which were clumped together in gelatinous, balloon-like deposits called jelly cocoons—from SEAFDEC’s fishponds in Dumangas. She had even placed them in the tanks herself. Looking at the results, though, she couldn’t say for certain exactly what species they were. She was expecting them to be any of the known species under the Marphysa mudworm group (family Eunicidae). Thanks to this unexpected population boom, she was no longer sure.

Itching to learn the answer, she sought the aid of polychaete taxonomists in properly identifying the species. She sent samples of the mysterious mudworms to Dr. Christopher J. Glasby of the Museum and Art Gallery Northern Territory in Australia, who identified not one, but two species. One of them wasn’t even from Eunicidae, but from the Nereididae family (ragworms, which are popular as fishing bait).

Interestingly, the other was a mudworm species previously unknown to science. And as of September 2019, it has been officially listed in the World Register of Marine Species (WoRMS) as Marphysa iloiloensis, after its place of origin (and Mandario’s home province), Iloilo. 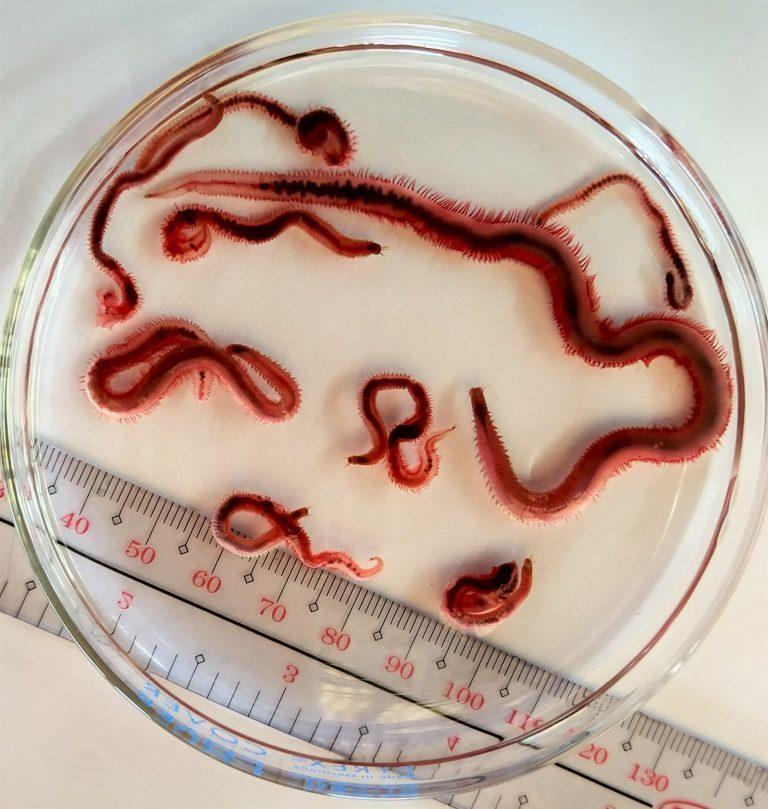 To an ordinary person, a worm is a worm, regardless of what it looks like or where it came from. The distinction between worms matters, though, as this helps us understand why they matter.

Mudworms (or ulod-ulod, as the Ilonggos call them) are polychaetes living in muddy sediments; they’re also called “bloodworms” because of their blood-red coloration. And M. iloiloensis is a particularly fascinating mudworm for many reasons.

M. iloiloensis deposits its eggs inside a jelly cocoon, which it secretes during spawning. A stalk anchors the cocoon to the mudworm’s burrow hole, as it protects the eggs from fluctuating salinities and water levels, predators, and water movement. M. iloiloensis produces anywhere from 5,000 to 10,000 per cocoon. While that may sound like a huge number, it’s no match for the millions of eggs that other organisms spawn. According to Mandario, those species produce exponentially more eggs to compensate for low survivorship. Since they don’t provide the same protection to their eggs as M. iloiloensis does, it’s a must. 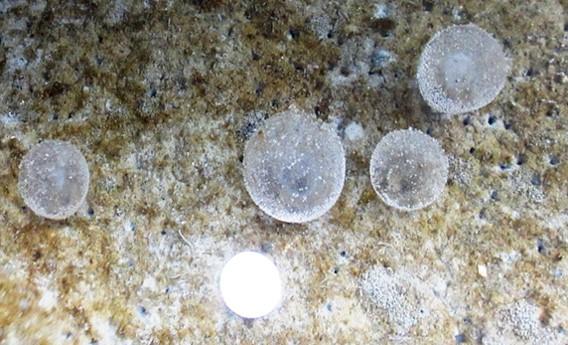 In contrast, M. iloiloensis prioritizes quality over quantity. The jelly cocoon doesn’t just ensure high survivorship despite the lower egg count. It’s designed to break down when the larvae start feeding on sediments, which is also when they’re already capable of enduring the harshness of their habitat.

As Mandario put it: “Jelly cocoons are special, because they’re part of M. iloiloensis‘ unique way of showing parental care to their young, even in their absence.”

Another interesting tidbit about M. iloiloensis: When facing predators, they release jellies from their bodies to slip away, and even cut off their own tails to facilitate their escape. And just like axolotls, M. iloiloensis can regenerate them.

In 2018, the Philippines exported over 7,000 metric tons (MT) of shrimp, valued at PHP 2.43 billion. On average, the country produces 60,000 MT of shrimp and prawn per year—about 2.65 percent of its total aquaculture production. To satisfy this massive demand, shrimp must mature quickly and produce healthier offspring in higher numbers. Thus, typical artificial diets formulated for shrimp cultivation just aren’t enough.

There’s just one problem: The Philippines isn’t cultivating polychaetes yet, because we don’t have a reliable culture technique. And that’s exactly what Mandario and the team at SEAFDEC/AQD are working on solving. In fact, her research on developing techniques for polychaete production is precisely what led to the discovery of M. iloiloensis. 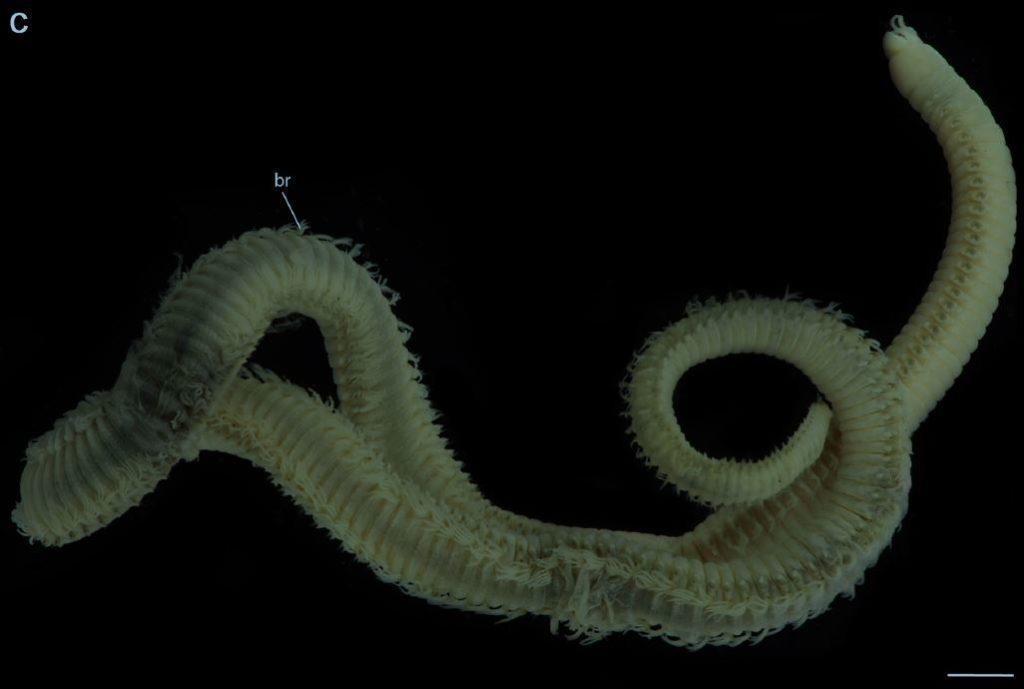 Crustacean hatcheries in the Philippines do have options for purchasing fresh or frozen polychaetes, but none of them come from local markets (such as the sandworm, Perinereis nuntia, sourced from Thailand).

Furthermore, addressing this issue involves more than just catching M. iloiloensis by the bucket. Aside from scarcity, polychaetes can serve as hosts for disease-causing organisms capable of infecting shrimps—and since wild polychaetes consume all sorts of waste, they’re likely loaded with pathogens. In other words, for M. iloilo to be safe for shrimp consumption, it has to come from a clean environment.

“The development of a reliable culture technique for M. iloiloensis would be the initial step to mass-produce polychaetes; hence, studying their biology and ecology are crucial.”

Aside from being crustacean chow, mudworms and other polychaetes are popular as fish feed for ornamental species. They’re also highly valued for sport fishing in other countries, as they’re typically used as live bait.

However, being food isn’t the only thing M. iloiloensis and its ilk are good for; they’re also excellent soil cleaners.

Polychaetes are bioindicators of pollution, in the sense that their presence or absence points to either a clean or polluted environment. Additionally, they function as bioremediators—species that clean up soil and groundwater sullied by chemicals and other contaminants—in organically-enriched fish pond sediments and coastal harbors.

“Without polychaetes, soil in organic-rich environments would be polluted and toxic to other benthic (bottom-dwelling) organisms,” said Mandario.

Indeed, M. iloiloensis proves that even the most seemingly insignificant organisms can play incredibly important roles in their ecosystems—and that Philippine biodiversity still holds innumerable mysteries and wonders for us to discover.