Published on May 3, 2020 by Mikael Angelo Francisco 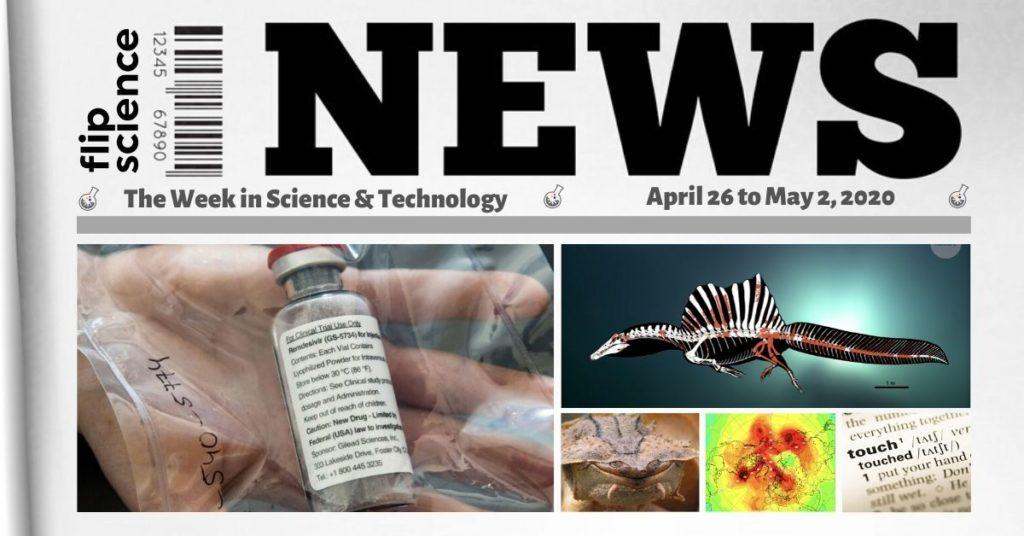 With its tiny eyes, snorkel-like nose, wide mouth, and weirdly shaped head, the mata mata turtle (Chelus) is one of the most notable reptilian oddities in existence. For the longest time, scientists believed that the genus contained only one species, the Amazon basin’s Chelus fimbriata. However, newly published findings in Molecular Phylogenetics and Evolution reveal that about 13 million years ago, the South American turtle actually branched out into two different species, just as the Amazon-Orinoco Basin was separating into two rivers. When researchers conducting genetic testing on 75 samples from wild turtles, they found enough genetic and morphological differences to describe a second species: Chelus orinocensis, found in the Orinoco and Río Negro basins.

The largest ozone hole over the North Pole has closed

Researchers from the European Union’s Copernicus Atmosphere Monitoring Service (CAMS) revealed some good news. The single largest ozone hole ever detected over the North Pole has closed at last. First opened in late March, the hole that punctured Earth’s atmospheric shield is said to have started when “unusual wind conditions” (known as a polar vortex) trapped frigid air over the North Pole for a number of weeks in a row. This formed high-altitude clouds that mixed with chlorine, bromine, and other manmade pollutants, resulting in a hole about three times the size of Greenland.

Dinosaur enthusiasts know the convoluted story of Spinosaurus aegyptiacus, the longest theropod dinosaur ever known. Since the discovery of a single partial skeleton in 1912, scientists weren’t sure how to reconstruct the sail-backed predator. Worse, a bomb destroyed Munich’s Paleontological Museum, which held the specimen, in 1944. Thus, for decades, the paleontological community had nothing to work with but sketches and notes. Over the years, more fossils were discovered, pointing to Spinosaurus being a semi-aquatic piscivore. This challenged the prevailing notion at the time that dinosaurs, especially bipedal meat-eaters, were confined to land. (In recent years, other dinosaurs such as the frilled herbivore Koreaceratops have been pegged as semi-aquatic as well, albeit with very little certifiable evidence.)

However, we now have proof that Spinosaurus was “unmistakably” aquatic, in the form of a 95-million-year-old, paddle-shaped tail fossil from Morocco. According to the study published in Nature, the two-foot-long tail likely propelled Spinosaurus through rivers by rocking from side to side. This allowed the massive predator to hunt unsuspecting prey underwater. “This was basically a dinosaur trying to build a fish tail,” according to study author Nizar Ibrahim.

In a recently published paper in the New England Journal of Medicine, it was revealed that three Swedish arm amputees had been living with mind-controlled arm prostheses for the last few years. Their artificial appendages, called neuromusculoskeletal prostheses, enable them to feel touch sensations by connecting directly to their nerves, muscles, and skeletons. According to the study, the patients have integrated the prosthetic arms into their normal everyday lives. They can now perform day-to-day tasks without the need for supervision.

In a press release on April 29, the U.S. National Institute of Allergy and Infectious Diseases revealed the results of preliminary clinical tests involving the antiviral drug remdesivir. According to NIAID director Anthony Fauci, the trials, which  involved 1,063 randomly assigned patients, proved that it is possible to block SARS-C0V-2, the coronavirus that causes COVID-19, with the drug.