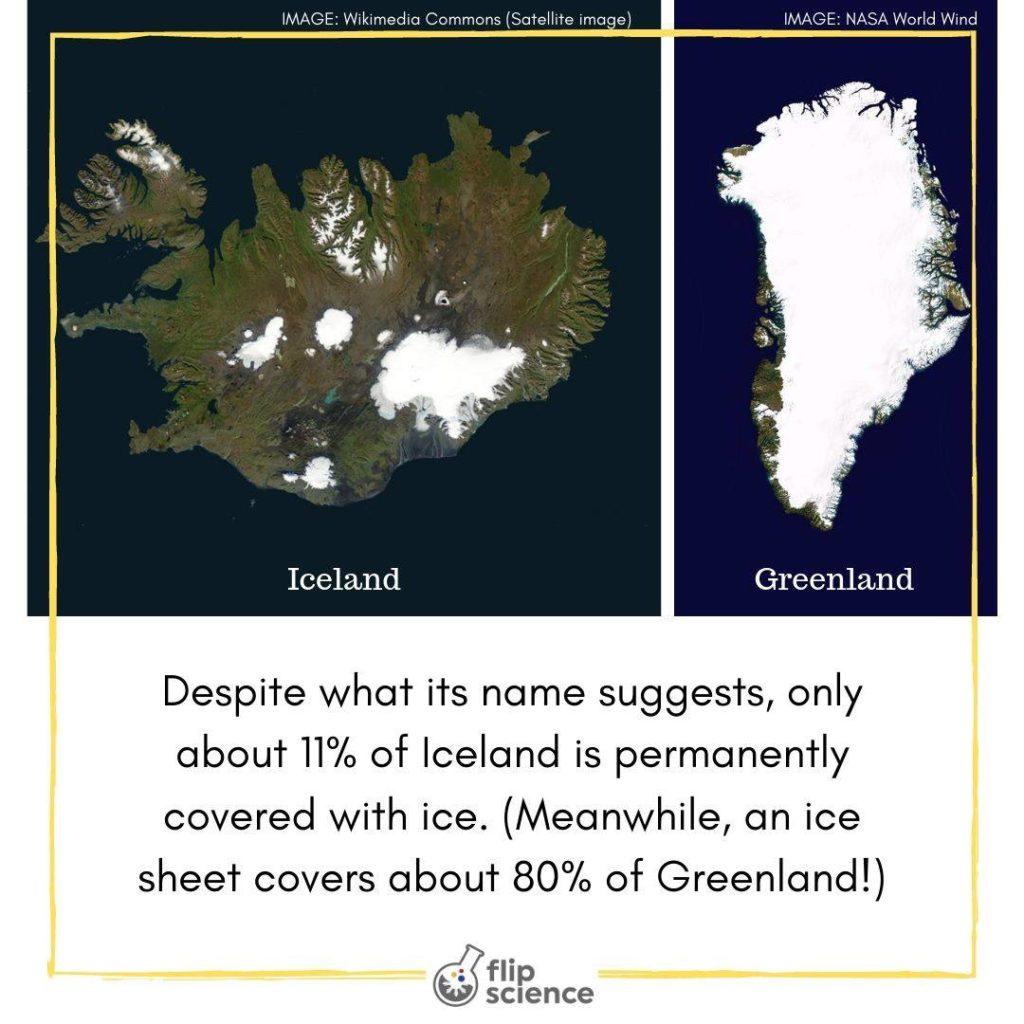 FlipFact of the Day: Roughly 11% of Iceland’s total land area is permanently covered by glaciers and ice caps. Experts describe Iceland’s climate as “temperate” (and its winters “mild”) due to the Gulf Stream’s warming influence. However, only its coastal areas are populated, while the central highlands (about half of Iceland’s land area) are mostly uninhabited.

On the other hand, an ice sheet blankets about four-fifths of Greenland, the world’s largest island. Historians say that its name came from Erik the Red, the Viking who founded the colony, who had hoped that “people would be attracted there if it had a favorable name.”

Multiple data sources indicate, however, that both countries are losing their respective ice covers at an accelerated rate, largely due to man-made climate change. Iceland’s glaciers are melting rather quickly, losing an average of 11 billion tons of ice per year. Meanwhile, according to a recently published study, Greenland has lost the equivalent of 11 quadrillion pounds of water since 1972.

Today’s Science History Milestone: On July 13, 1969, the Soviet Union launched an unmanned spacecraft, Luna 15, in an attempt to obtain lunar samples before the United States could.