5 incredible animals found only in the Philippines 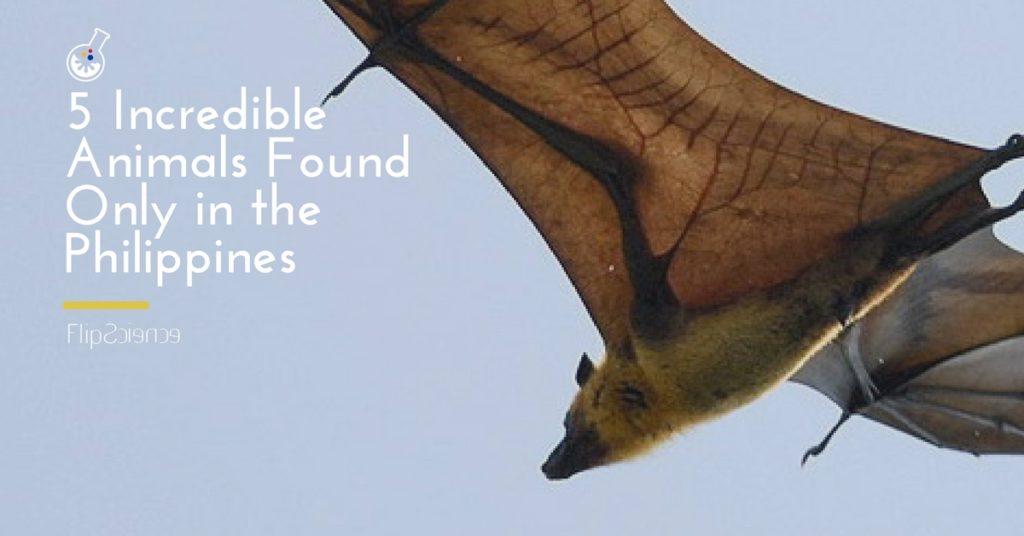 With its land and seas teeming with various endemic species of animals, the Philippines is a field biologist’s wonderland.

Hailed by researchers as home to the highest concentration of unique species per unit area in the world, roughly 33 percent of the country’s plants, 75 percent of its amphibians, 70 percent of its reptiles, and 44 percent of its birds can be found only here in the Philippines.

Luzon alone has the highest concentration of endemic mammals in the world, besting England and Madagascar which are bigger than Luzon’s 103,000 sq. km area. Filipino and American researchers from the Field Museum in Chicago, Illinois conducted a 15-year study of mammalian species found in Luzon. The team discovered 56 new mammal species, excluding bats. Ninety-three percent of these mammals are found exclusively on Philippine land.

The recent discovery of new species highlights the urgent need for continuous biodiversity inventory and protection in the country — and it all starts with environmental and ecological awareness.

With the tamaraw (Bubalus mindorensis) and the Philippine tarsier (Tarsius syrichta) already enjoying their iconic status in grade school textbooks, let’s take a look at these five lesser-known — but just as amazing — animals from various parts of the Philippines.

Flying foxes are not really foxes with wings. They are actually small, slim bats that look like winged dogs with brown fur. These creatures live as a colony, gathering in trees of lowland forests. They sleep during daytime, and forage for food at night. They eat fruits of forest trees and greatly contribute to forest regeneration as pollinators and seed dispersers.

Currently, there are nine species of flying fox in the Philippines. Among these, the recently discovered Mindoro pallid flying fox could be the smallest. The vicinity of the Anahawin river system in Mounts Iglit-Baco National Park, a protected area of the Philippines and an ASEAN Heritage Park, and the forests of Mt. Siburan (also in the island of Mindoro) are among its prowling grounds.

While this rare animal got its name because of its facial “warts,” the tuft of hair on its head is just as distinct. During breeding season, males grow this tuft of hair into a mane. Its sharp hooked tusks are also noticeable and can lacerate anyone or anything that threatens it.

The Philippine warty pig was formerly a subspecies of Sus philippensis, but became a full species in 1997. Two subspecies of S. cebifrons exist: one native to Cebu (sadly, already extinct) and S. c. negrinus, which roams the forests of the Negros and Panay islands. 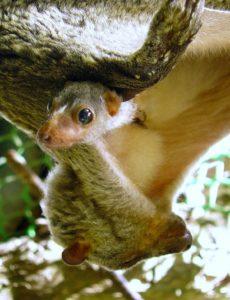 Supposedly found only in Bohol and Mindanao, the Philippine flying lemur resembles a monkey with bat’s wings. It has a wide head, large eyes, small ears, 34 teeth, big webbed and clawed feet, and a 12-inch tail. Its tail connects to its forelimbs via a membrane, helping it climb fast and glide distances of over 100 meters.

Weighing about 1 to 1.7 kilos and measuring 14 to 17 inches long, this lemur mainly feeds on fruits, flowers and leaves. Like the Philippine tarsier, it is nocturnal and clings to trees and foliage during the day. 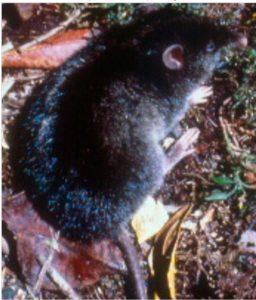 Existing exclusively on Mt. Isarog in Camarines Sur, the Isarog striped shrew-rat is an earthworm-eating rodent living on moist upland and in mossy forests. It is considered a critically endangered species because of the deterioration of its natural habitat. Shrew-rats have long snouts, small eyes, and small peg-like molars and needle-like incisors. We call shrew-rat offspring kittens, nestlings, pinkies, or pups.

There are eight cloud rat species in the Philippines, and all of them are threatened or endangered. The Dinagat bushy-tailed cloud rat is the rarest and most elusive of them all. Long feared extinct, researchers rediscovered it in 2012, almost four decades after its first appearance on an island northeast of Mindanao. This species of rats lives on trees, feeds on leaves, and grows up to 2.5 feet long.

Fun fact: The earliest species conservation program of the non-profit Philippine Biodiversity Conservation Foundation focused on Philippine cloud rats. The foundation even adopted the cloud rat as its mascot as a symbol of Philippine wildlife’s uniqueness and vulnerability. Scientific studies on cloud rats remain limited because they are difficult to capture and have restricted distribution. — MF

5 little-known endangered species in the Philippines