How tough is a pangolin’s keratin scale armor? 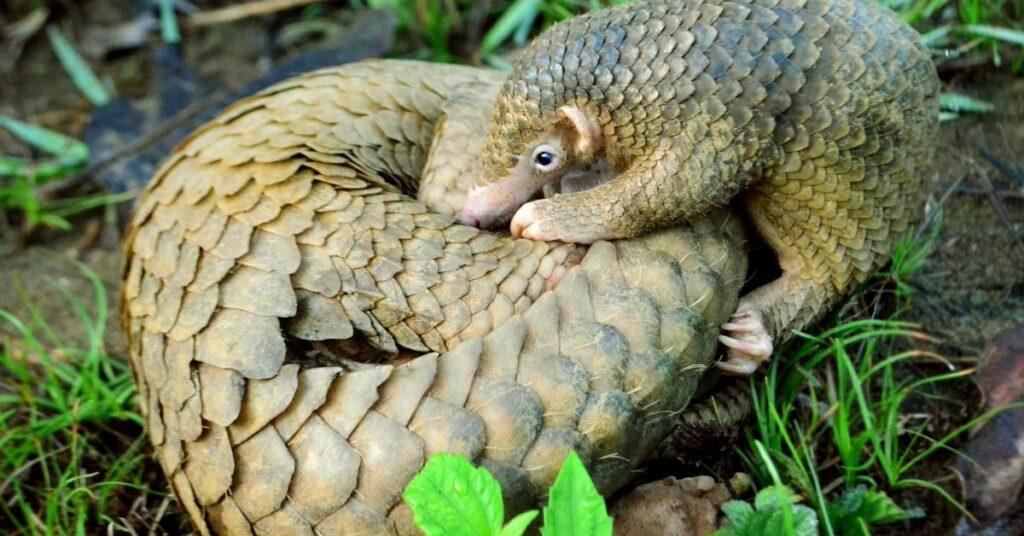 They’re scaly, they’re small, and they can curl up into a ball: Indeed, pangolins are curious little fellows. In a way, they’re what you’d get if you combined an anteater, an armadillo, and a skunk.

Pangolins are covered with scales made of keratin—yes, just like a rhino’s horn. Also called “scaly anteaters,” they are the only mammals we know of that possess this feature. This keratin armor is reportedly so tough that even a lion can’t bite through it. When they sense danger, they can roll up into a ball and release a foul-smelling liquid via a gland near the base of the tail.

There are eight pangolin species, and some of them can grow over four feet in length. Four of these species live in Africa, while the rest are in Asia (including the Philippine pangolin or Palawan pangolin, Manis culionensis).

Sadly, pangolins are quite possibly the most trafficked non-human mammals in the world. All eight pangolin species, which range from Vulnerable to Critically Endangered on the IUCN Red List, are banned from commercial trade and protected by international laws.

Despite this, poachers slaughter tens of thousands of pangolins annually for their scales (for traditional Chinese medicine, despite having no proof of any medicinal value) and meat (ingredients for luxurious meals for elites in places such as China and Vietnam).

Today Science’s History Milestone: On December 6, 2006, NASA officially released photographs that hint at the presence of liquid water on Mars, taken by the Mars Global Surveyor.