‘Monkey-eating’ misnomer: What does the Philippine eagle actually eat? 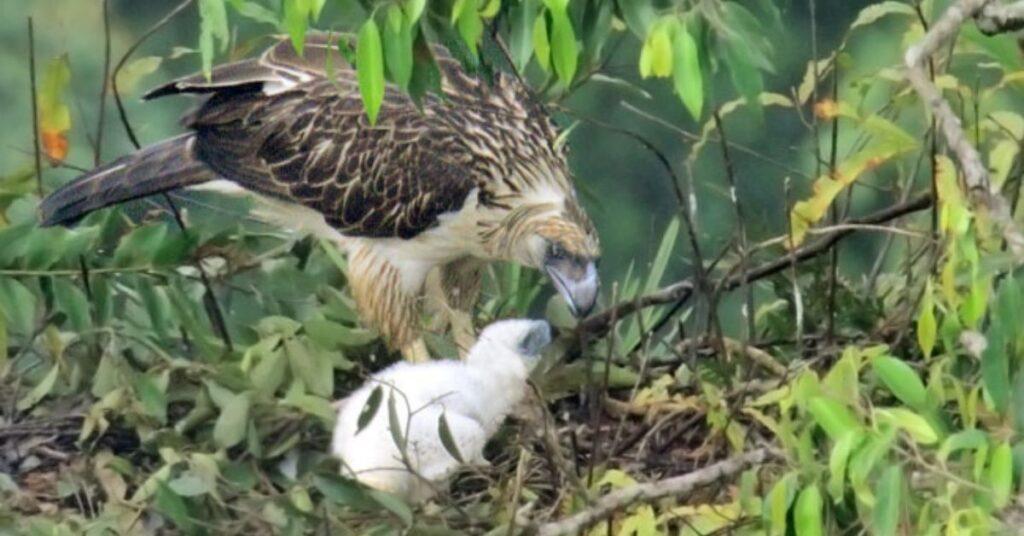 On December 16, 1896, Scottish ornithologist William Robert Ogilvie-Grant presented a majestic, newly described bird species at the 39th meeting of the British Ornithologists’ Club. Natives from Samar claimed that it “prey[ed] chiefly on the Green Monkeys” (possibly referring to macaques). Both Ogilvie-Grant and British naturalist and explorer John Whitehead, the man credited with the bird’s discovery, believed this. According to the latter, “monkeys… are the only animals sufficiently abundant in these forests to support such a large bird.”

Thus, the bird was named the monkey-eating eagle, or 𝘗𝘪𝘵𝘩𝘦𝘤𝘰𝘱𝘩𝘢𝘨𝘢 𝘫𝘦𝘧𝘧𝘦𝘳𝘺𝘪. Its generic name, 𝘗𝘪𝘵𝘩𝘦𝘤𝘰𝘱𝘩𝘢𝘨𝘢, means “monkey-eater,” while 𝘫𝘦𝘧𝘧𝘦𝘳𝘺𝘪 was coined in honor of Whitehead’s father, who financed his expedition to the Philippines.

However, subsequent studies revealed that the bird, an apex predator, actually feeds on a much wider range of smaller animals, depending on the availability of food in its area. Furthermore, monkeys only comprise a small percentage of its diet. In reality, the monkey-eating eagle also eats flying lemurs, rats, bats, snakes, lizards, and whatever else it could get its sharp talons on. One report even stated that a Philippine deer weighing around 41 kg was found in a nest.

In the late 1970s, the advocacy group Films and Research for an Endangered Environment (FREE), Ltd. pushed to change the eagle’s name. It was in May 1978 when President Ferdinand Marcos issued Proclamation No. 1732, which formally changed the bird’s name from “Monkey-Eating Eagle” to the more nationalistic-sounding “Philippine Eagle.”