7 reasons why we know Earth is NOT flat

Published on February 21, 2018 by Amiel Lumbang 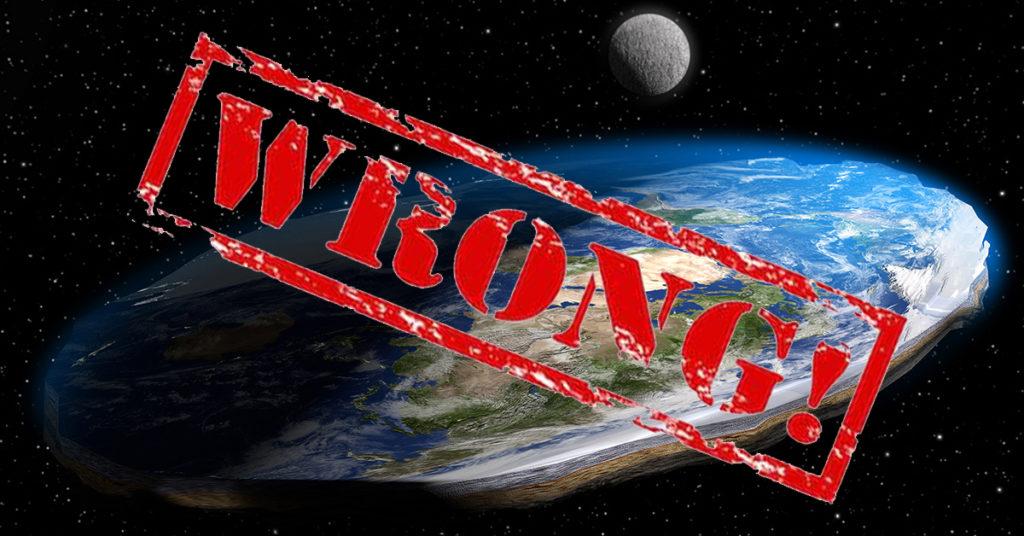 If you can read this article, there’s a pretty decent chance that you’re reading it somewhere on Earth — that big, beautiful ball that we humans call home.

Waitasecond, how do we know that the earth is actually ball-shaped? If we were to believe our senses, it wouldn’t be surprising for us to think that it’s flat. If you were to step into a large field, for instance, you’d know that you’re standing on a flat surface, and as you walk towards the end of the field, it doesn’t feel like you’re walking on a curved or rounded surface.

Now, the question is: Is it possible that after all this time, Earth is actually flat?

The answer is simple: Absolutely not.

Looking for at least one reason to prove this? We can do you one better — here are seven.

(Before we proceed, a clarification. Earth is actually an oblate spheroid or ellipsoid, meaning a sphere that’s ever-so-slightly flattened at the top due to its rotation. However, to make things simpler, we’ll refer to it as a “sphere” or “spherical” throughout this article.)

Over the moon: Early theories from Pythagoras and Aristotle

Around 500 BCE, the Greek philosopher and mathematician Pythagoras had an idea. He reasoned that if the moon were round, then the Earth must be round as well. He came to this conclusion about the moon’s shape by observing the line separating its light and dark sides as it moved through its orbital cycle, a demarcation known as the lunar terminator. 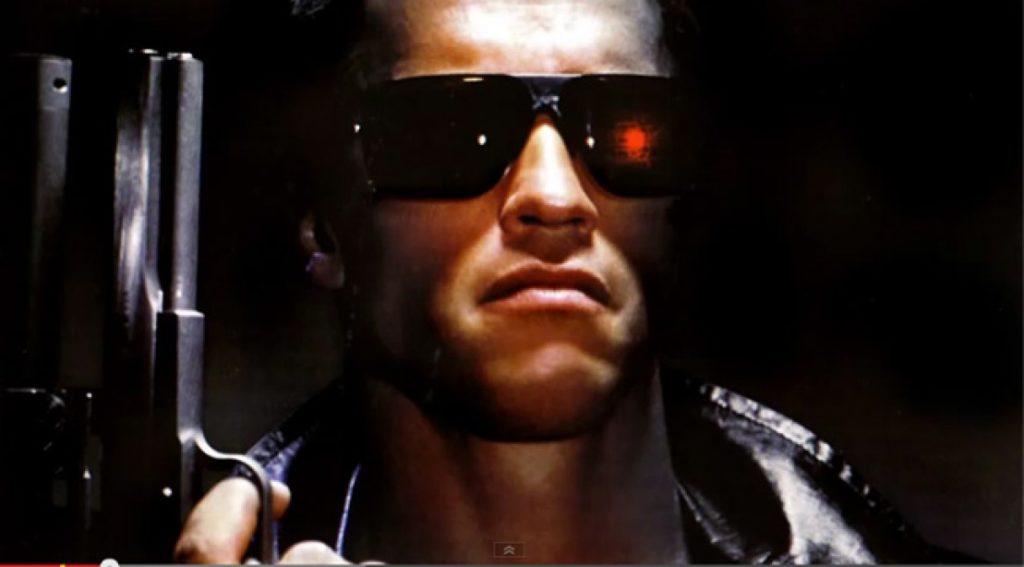 A few hundred years later (approximately 350 BCE), another Greek intellectual heavyweight, Aristotle, posited that Earth, the moon, and the planets were round because he noticed that during lunar eclipses, round shadows appear on the moon’s surface. Furthermore, Aristotle declared that the Earth is spherical in shape based on his observations about the constellations visible to an individual travelling further and further away from the equator.

It’s all in the math: Erathosthenes’ calculation of the Earth’s circumference

On June 19, 240 BCE, Erathosthenes, a Greek astronomer, geographer and mathematician, was able to measure the Earth’s circumference during a summer solstice in Egypt. It all started in Syene, a city south of Egypt, when he observed that the sun was directly overhead and the buildings cast no shadows.

Simultaneously, in the northern city of Alexandria, the buildings did cast shadows, which meant that the sun was at a different angle on the sky. During that summer solstice, Erathosthenes stuck a stick into the ground in Alexandria and measured the angle of its shadow. Factoring in the distance between these two cities, he was able to calculate the curvature of the Earth: nearly 252,000 stadia (about 25,200 miles). Here’s a guide, in case you feel like doing the math yourself. 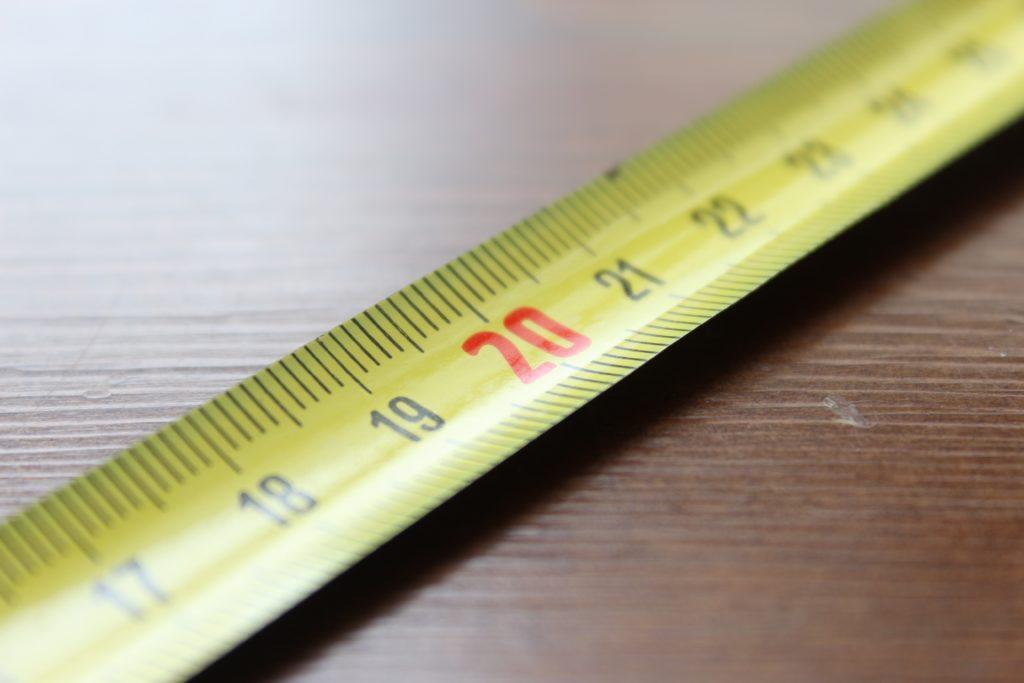 “Moooom! I’m gonna prove some dead Greek dude right with a tape measure. Can we put this on Facebook?”

It’s the Law of Gravitation by Sir Isaac Newton, your Honor

We’re all familiar with the concept of gravity — it’s what keeps us on this planet, basically. Gravity is the pull toward the center of the mass of an object. It’s the reason why planets and stars form, and it’s also what makes the numbers jump frighteningly quickly on a bathroom scale. 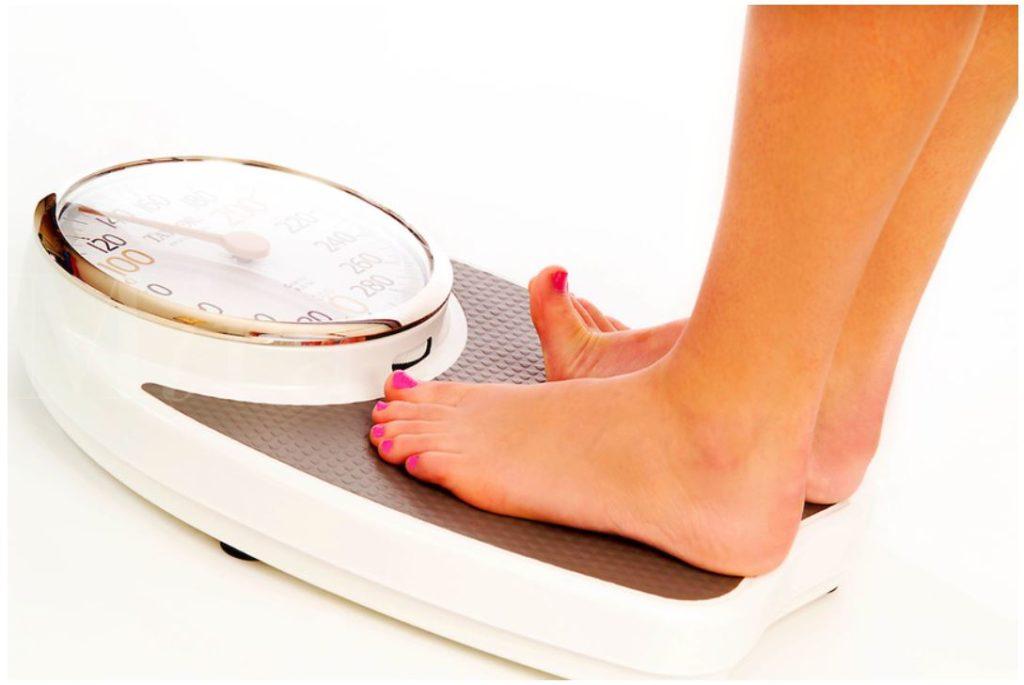 The force of attraction between two objects depends on their mass and the distance between them. As Popular Science explained in a 2016 article, since a sphere has a consistent shape, no matter where you stand on it, you’d have exactly the same amount of “sphere” under you. Furthermore, gravity will pull anything on the surface of the sphere straight toward the center of the sphere’s mass, which also happens to be the sphere’s center. This will occur regardless of where the objects are located on the sphere’s surface. Try dropping a small object, such as an apple: No matter how you drop it, it will always fall downwards, not sideways.

And so we’re back, from outer space (with visual proof)

“Earthrise” is perhaps the most famous photo depicting our planet as a perfect orb. 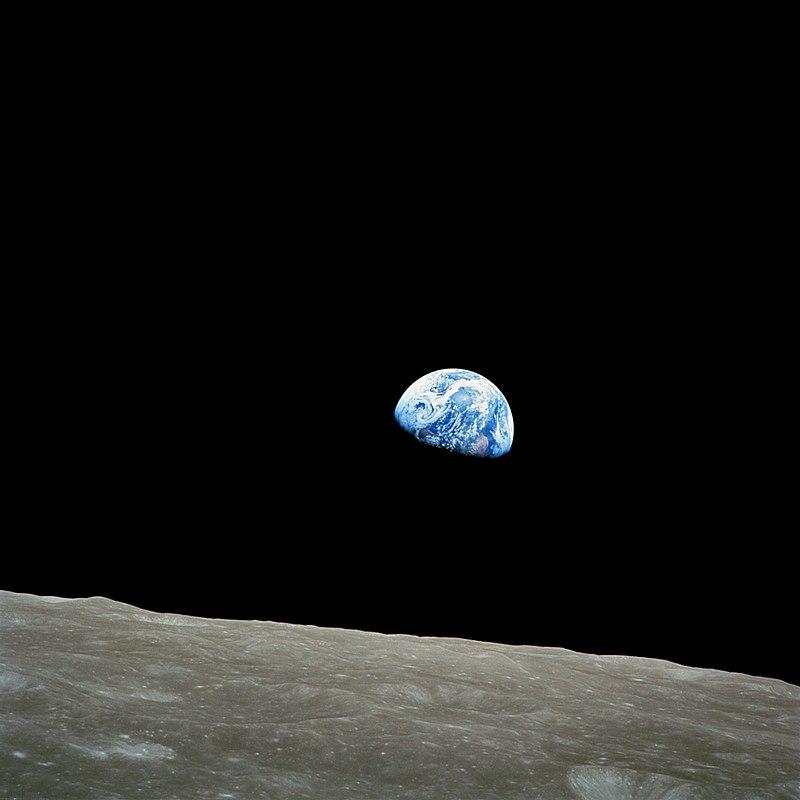 Speckled with land, clouds, and a handful of flat-earthers. Image: NASA/Wikicommons

The photo was taken by astronauts on the Apollo 8 mission on Christmas Eve of 1968. Through NASA’s spacecrafts and satellites, Earth’s curvature could be proven, based on the thousands of photos taken from every angle. Each shot shows Earth like “Earthrise” does: a disk with three dimensions. Here is a recent example from International Space Station Commander Scott Kelly‘s Instagram, at an angle observable from the ISS every 90 minutes.

We gotta be honest: Horizon lines

Have you ever noticed how in beaches or port areas, ships do not just appear out of the edge of the horizon, but rather seem to rise from beneath the sea? If you’re thinking, “Because Earth is spherical?”, you’re correct! This phenomenon is called the Horizon Line: a place where the sky meets the earth. 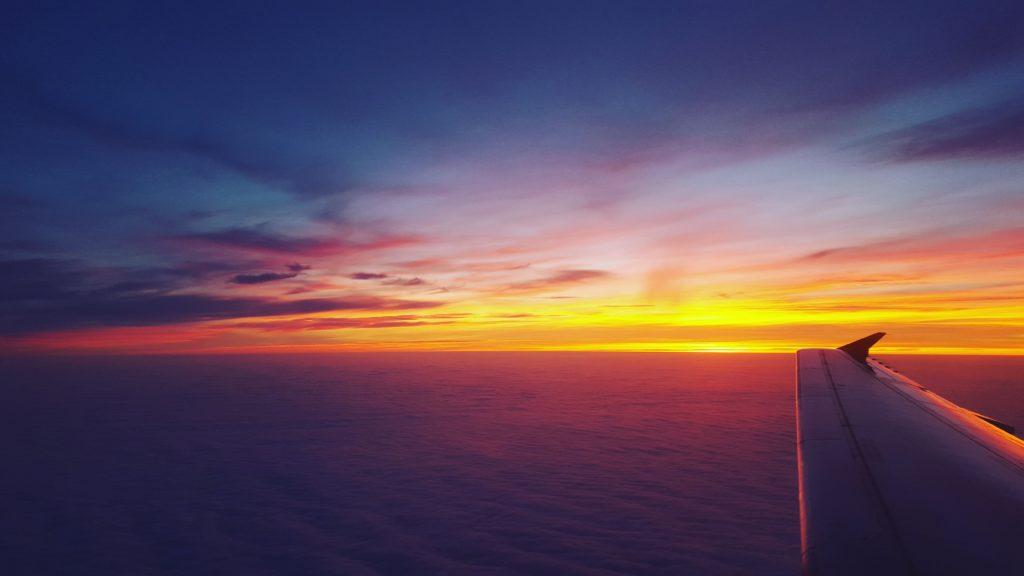 It also has the pleasant side effect of looking so beautiful. (Image: Christine Renard)

Imagine an ant walking along the surface of an orange towards your vantage point. Notice that in your field of view, you will see that the ant’s body seemingly rises up from the horizon due to the orange’s curvature. In this case, the higher you are, the farther you can see the earth’s curve. Standing atop a mountain lets you see across over a hundred miles. On a field, however, you’ll only be able to see across a short distance.

Time zones (not the arcade)

According to Nerdist, the existence of time zones can prove that the earth is not flat. When the sun rises in China, for instance, people in the United States see that it is about to set. Also, notice how when one-half of the planet is covered in darkness, the other region is soaked in the sun’s brightness. This could only be explained if Earth were (1) spherical and (2) rotating on its own axis. This makes the sun “go around” the earth, in a sense — like a tetherball on an invisible string — thereby creating time differences and time zones.

Still not convinced? Try calling someone from Canada at 4 PM (Philippine time) and ask for the time. You’ll notice a 13-hour discrepancy. 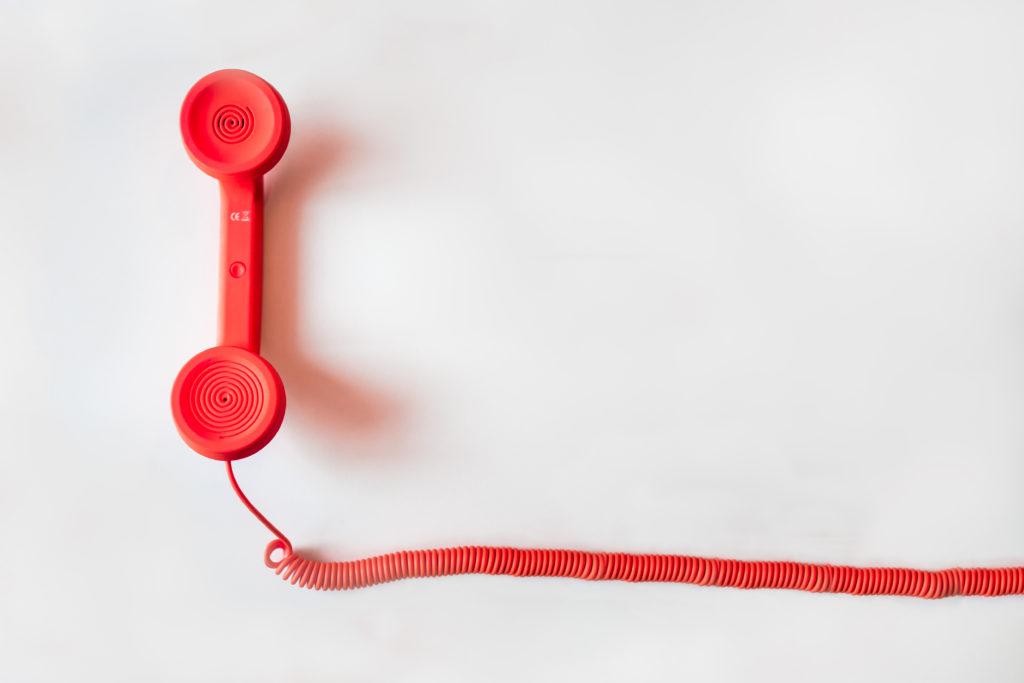 Look at the sun, look how it shines for you (and the rest of the Solar System)

In 1610, Galileo Galilei observed the moons of Jupiter, describing them as small planets orbiting a larger planet. This observation also showed that the planets (specifically, Jupiter, Neptune, and later Venus) are all spherical, and that all of them orbit the sun.

Now, while Earth is significantly different from all the other planets, it shares a few characteristics with them. Like its shape, for instance. In the same way photos of Earth from different angles show that it’s spherical, we see in numerous images that the other planets have the same spherical shape. This would make sense to one who recognizes gravity as the main force in the universe that pulls cosmic gas, dust, and rock together to form planets and other heavenly bodies.

Here’s the thing: There’s already so much that has been said and shown about Earth that you don’t even need to look for deeper research studies just to prove that it’s not flat.

And trust us — trying to find proof that Earth is flat is tantamount to going around in circles. –MF

A Journalism graduate from the University of Santo Tomas, Amiel uses her skills in writing and playing with words as a professional copywriter. A free and adventurous spirit with a twisted sense of humor, she has trained herself to write in a versatile style that can make any topic interesting for the casual reader.